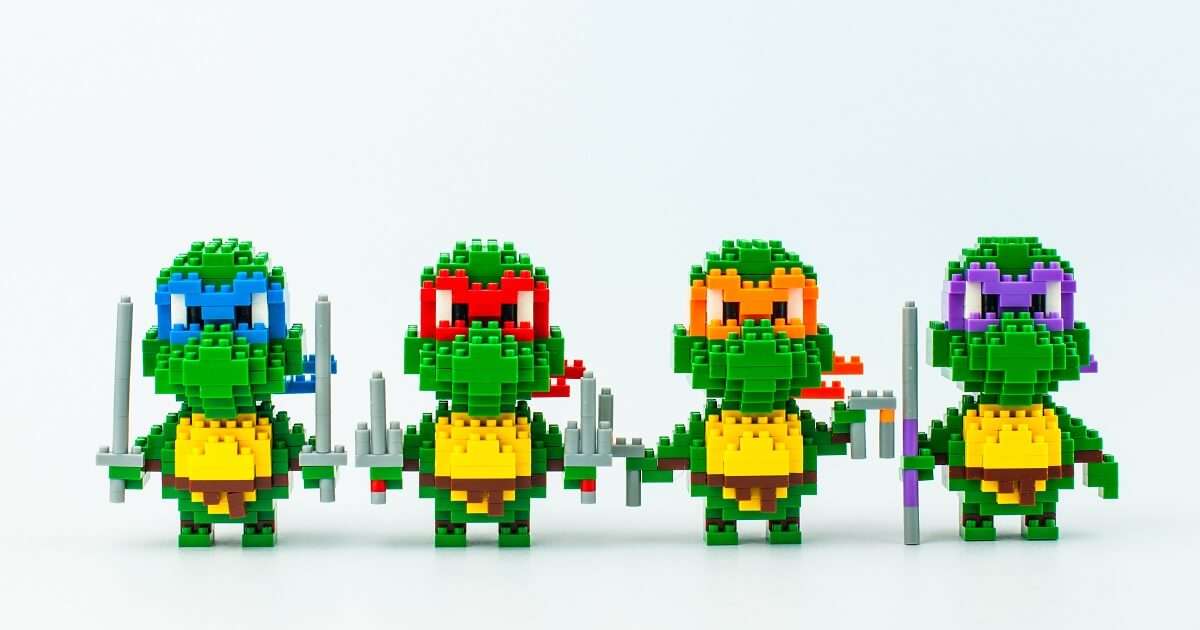 The Teenage Mutant Ninja Turtles were top famous during the 90s, but their fandom has never stopped talking about them.

However, with a new surge in popularity, new fans often mix up the characters’ names, characteristics, and colors…

Like most folk, I grew up watching Teenage Mutant Ninja Turtles – I always got confused with the ninja turtle names and colors too!

The only things I got straight were:

I struggled to remember the names of the other two characters except for their colors!

So, to help everyone out (and myself!), I have made a little cheat sheet of the ninja turtle names and colors.

Are you a fan of the Teenage Mutant Ninja Turtles?

Do you know all the colors?

If not, don’t worry!

This guide will teach you everything you need to know about the TMNT characters.

Plus, we’ll give you a few fun facts about each turtle!

So, this guide is for you, whether you’re a new fan or a diehard superfan.


The Red Ninja Turtle has the nickname Ralph. He is a middle-child ninja turtle and talks with a New York accent.

He owns many weapons like a ninja glider, smoke bombs, the Twin Sai, and a grappling hook.

The name “Raphael” may seem familiar, but do you know the significance or history behind the name?

Regarding personality, Ralph is an out-and-out rebellious boy who often gets into fights.

He is pretty aggressive compared to the other Ninja Turtles.

That is why he often argues with the responsible elder brother Leonardo.

Nevertheless, he is a powerful fighter with a strong will. His personality and being troublesome also brings a sense of humor.

His sarcasm is a source of fun and laughter for his fans.

Whenever he tries to be rogue, he gets himself into trouble, and other guys always have to come to rescue him.

Although he is trouble with capital T, he is loyal and sincere to his sensei, Splinter, and brothers.


The Blue Ninja Turtle goes by Leonardo or “Leo” and is named after the legendary Italian painter Leonardo da Vinci.

Leo is the group leader and the oldest Ninja Turtle as well.

He also carries weapons: a shoto, two swords, a smoke bomb, and a katana.

Leonardo became the second in command after their master, Splinter.

He wears a blue bandana in his signature style – very recognizable.

Being the leader of the group, Leo is very calm and self-disciplined. He never gets flustered when trouble gets out of control. He has all the essential traits of a leader.

He never shows weakness to his enemies because he knows that doing so gives them more control.

When Splinter is not around, Leonardo handles all the group’s essential matters.

Because of these qualities, he is also incredible in battle.

Leonardo often gets into arguments with Raphael, the most rebellious Ninja Turtle. Even so, Leo reigns supreme.


Michelangelo is the orange Ninja Turtle who also goes by “Mike” and “Mikey.”

He is the youngest Ninja Turtle, and his weapon of choice is Dual Nunchucks.

He often talks in a Southern Californian accent that sounds cool and attractive.

Mikey wears an orange bandana and often uses his signature weapon to ward off his enemies.

He is a pretty carefree, laid-back, and fun-loving turtle.

His attitude towards everything is relaxed, easy-going, and pretty darn cool.

Michelangelo’s character is humorous and goofy, so he is most people’s favorite.

He has a free spirit that gives off the vibes of “surfer dude.” Mike is mischievous and a jokester but in a light-hearted way.

He is best known for his love for pizza!

Mike loves adventures, and he is the least mature among the four, which makes sense as he’s the youngest.

Finally, Mikey is the most loved Turtle and has one of the most memorable personalities.


“Donnie” or “Don” is the Purple Ninja Turtle and comes second in the pecking order along with Raphael. His weapons include a naginata, smoke bombs, a grappling hook, a ninja glider, and the Bo staff.

While most of his weapons are the same as Raphael’s, Don uses the Bo staff instead of the Twin Sai.

Donnie is the smartest of the four Ninja Turtles. He is an engineer-inventor, a technological genius, and a scientist at heart.

He comes second in command after Leonardo.

While Don is a skilled fighter, he’s the least violent among the four.

He has exceptional ninja skills and is close to becoming a ninja master.

Although he is a pretty good fighter, he likes to solve problems with his mind instead of physical force.

Above all, Donatello is loyal, defensive, and protective of his brothers.

Here are some of the most asked questions about the TMNT.

What happened to the Ninja Turtles?

The last part of Teenage Mutant Ninja Turtles, “The Last Ronin,” took a tragic turn for the heroes in a half-shell.

In the dystopian Ninja Turtle cyberpunk world, all the brothers were dead except for Mike, driven by the fire of revenge.

Leonardo got stabbed, and then he knocked down Donatello, who was holding a grenade that exploded.

In vengeance for his fallen brothers, Raphael attacked Karai, dying in the process.

In his last moments, he crawls to Leo and apologizes for always resenting his eldest brother.

What characteristics does each Ninja Turtle model?

Along with having different names, each turtle has distinct characteristics and fighting skills:

Why is TMNT so popular after so long?

TMNT is still being adapted into series, movies, cartoons, and books. They were the most addicting, believable, and creative comic series about heroic non-humans!

The series tells us about the turtles growing up and facing a world full of problems.

The intrigue keeps all fans wanting to know more about their favorite peacefully-violent reptiles. 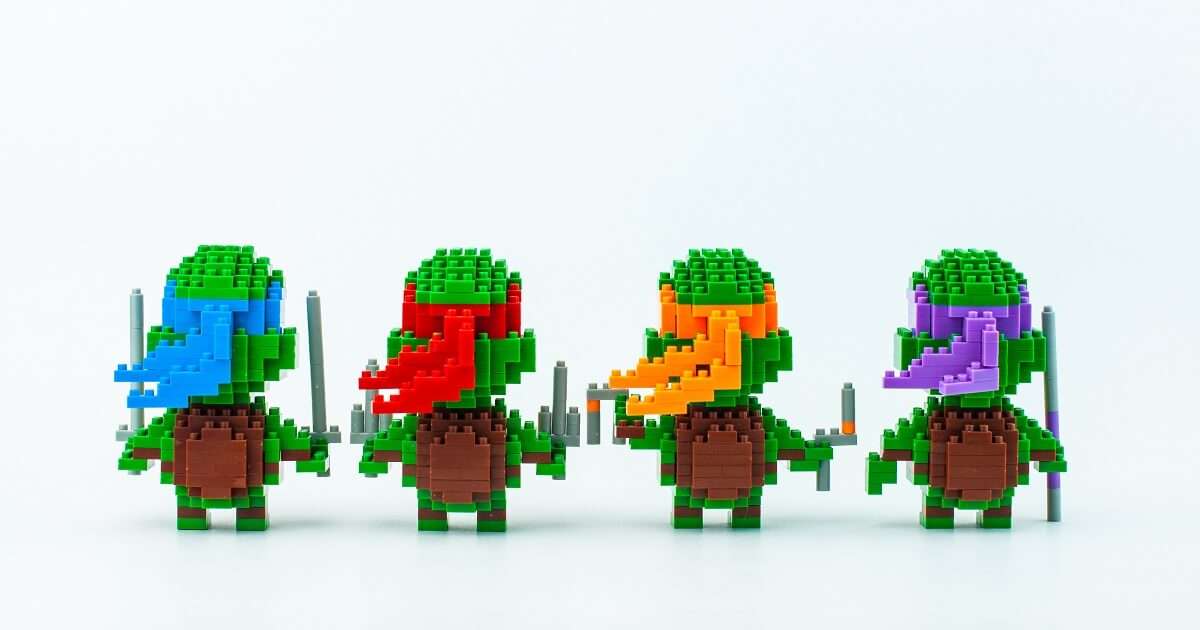