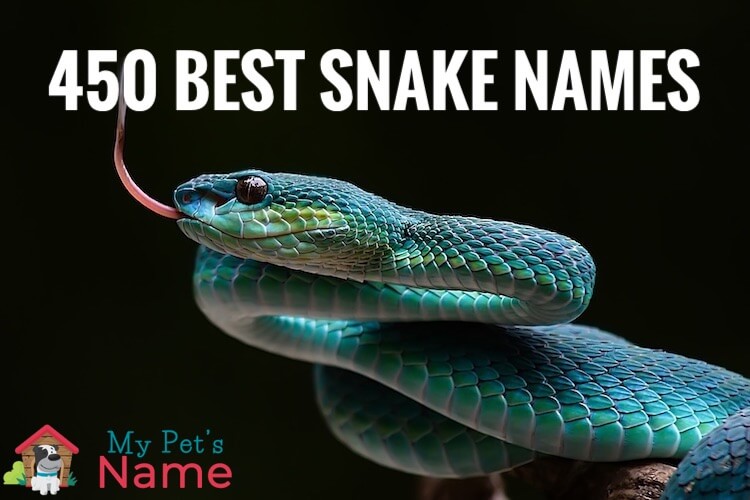 No pet snake is complete without a cool, exotic, or funny snake name to match its appearance.

Skip to the Snake Name Generator!

Snakes are one of the coolest pets on earth.

Not only can they live up to 20 years, but they are also very low maintenance and are fascinating to watch due to their incredible scales and elegant movements; making them stand out from all other pets.

Whilst snakes are often associated with danger, pet snakes are docile and certainly not venomous, making them ideal to live with.

To help you out, we’ve compiled a list of 400 pet snake names, from traditional human names to unique and meaningful names to make your name-hunting process slither smoothly!

We believe the best snake names are the most unique and exotic, as they reflect the quirkiness of owning a pet snake!

Think of adjectives that would best describe your snake, whether it be aesthetic adjectives like ‘colorful’, ‘sparkling’, and ‘graceful’, or adjectives to describe temperaments such as ‘energetic’ or ‘calm’.

To generate the best snake names from these adjectives, it is a great idea to use a translator and discover the words that different languages use.

For example, you could try French, Italian and Spanish translations, as these often produce beautiful-sounding names.

If you are feeling even more adventurous, why not try ancient translations from Greek or Irish Gaelic. It’s fun to experiment with different languages as these always produce unusual and exciting names for snakes.

For example, how you would say snake in Japanese is Hebi – in Afrikaans, it’s Slang (pronounced ‘sluhng’).

Solongo
Our best snake name is ‘Solongo’ meaning ‘Rainbow’ in Mongolian. This exotic name would be perfect for a vibrant snake 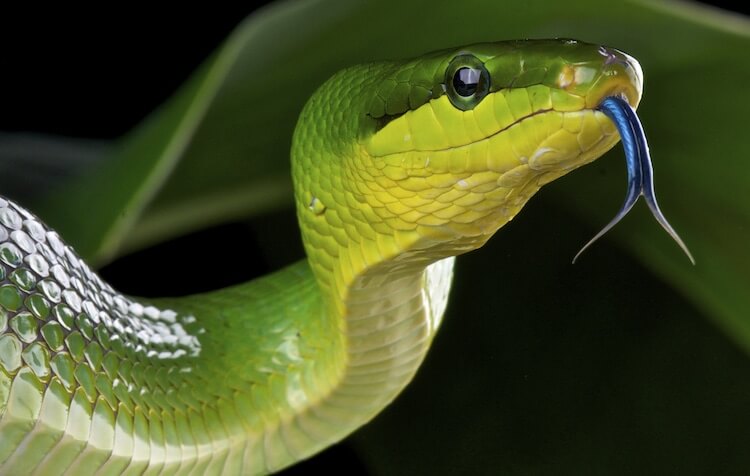 When naming your pet, it’s important to choose a cool name that means something to you, to make owning a pet even more special.

Whether it is naming your snake after your favorite foods, book characters, family members or parts of nature, there’s nothing more special than consolidating the pet/owner bond with a fantastic name.

We’ve put together some of the best pet snake names around, from names of exotic countries and gemstones, to interesting and beautiful translations of words associated with snakes.

We hope there is something in this list for every breed of pet snake – from Corn Snakes, to Milk Snakes, from Pythons to Boas.

Glisser
Our favorite pet snake name is ‘Glisser’, meaning ‘slither’ in French, as it incorporates both the traits and sounds of a snake. 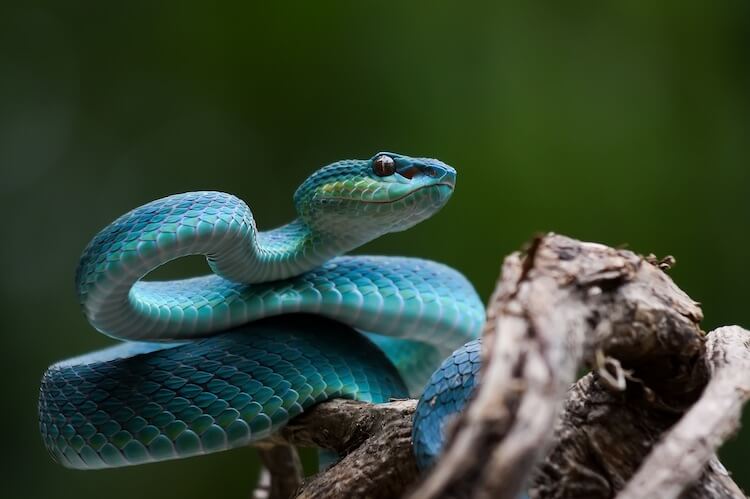 Female snakes are beautiful, elegant pets, with thinner tails than males, making them some of the world’s most graceful creatures.

A female snake name should reflect their grace and beauty, therefore we’ve put together some of the most stunning feminine names out there which would perfectly suit all breeds of female snake; such as female Corn Snakes and Carpet Pythons.

Dark and powerful female names such as ‘Storm’ and ‘Vampire’ are great ideas for a dark-scaled snake such as California Kingsnakes, whereas names like ‘Pearl’ and ‘Coral’ are better suited to light-scaled snakes like Corn Snakes.

Amazon
A strong, feminine name signifying the habitat of many wild snakes 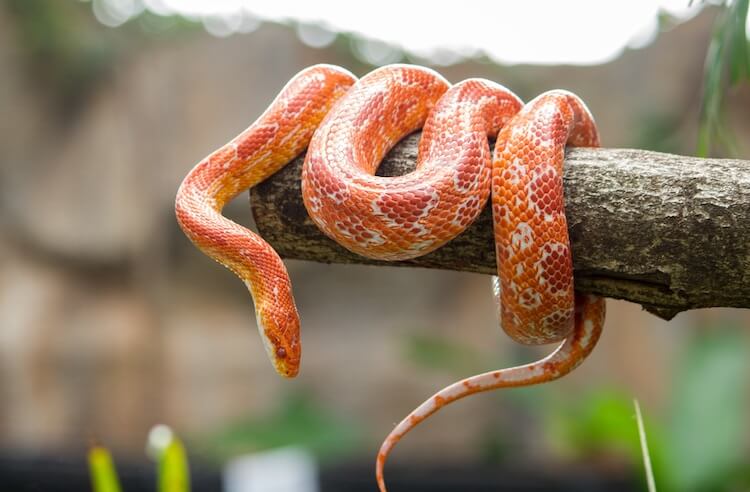 Male snakes have thick tails, and are therefore the strongest type of snake.

A strong and powerful name is therefore necessary to reflect the dominance of male snakes.

Names like ‘Killer’ and ‘Monster’ are great male names as, despite the docile nature of pet snakes, it can be fun and amusing to name them after the traits of wilder, more dangerous breeds.

If your male snake would suit a more innocent-sounding name, ideas like ‘Boris’ and ‘Toothless’ are funny due to their lack of association with snakes.

If you’re still stuck for ideas after looking through our names, exploring Greek mythology is a great way to find male snake names, as ancient stories are full of snakes and people who turn into serpents.

Hunter
A powerful, masculine name that reflects the natural instinct of wild snakes 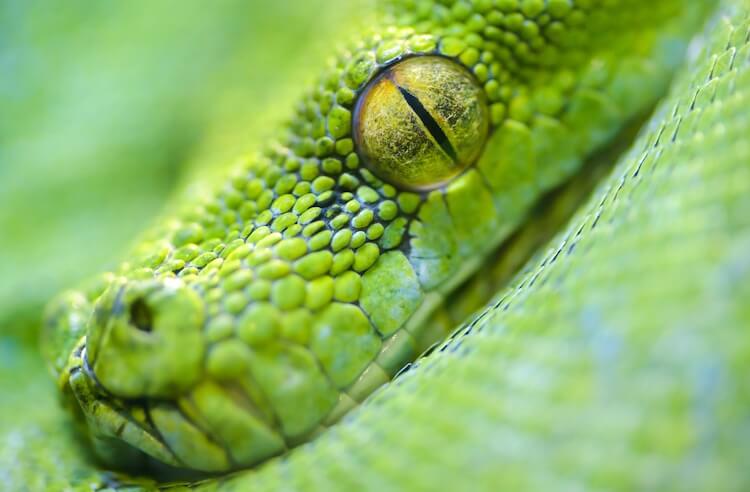 A good snake name best describes the qualities of your individual pet.

Study their movement, colors, patterns, and temperament and see if anything you notice could be used to inform their name.

Naming your pet snake after a color or pattern might sound simple, but names such as ‘Aquamarine’, ‘Indigo’, and ‘Stripes’ are unique and exotic.

Good names are often the quirkiest, as they ensure your pet snake stands out from the crowd.

Consider exotic things in the world around you, such as colors, fruits, famous celebrity names and aspects of nature as these could generate some great ideas.

Slither
Our favorite good snake name is ‘Slither’, as it imitates the graceful movement and sounds of a snake through its sibilance 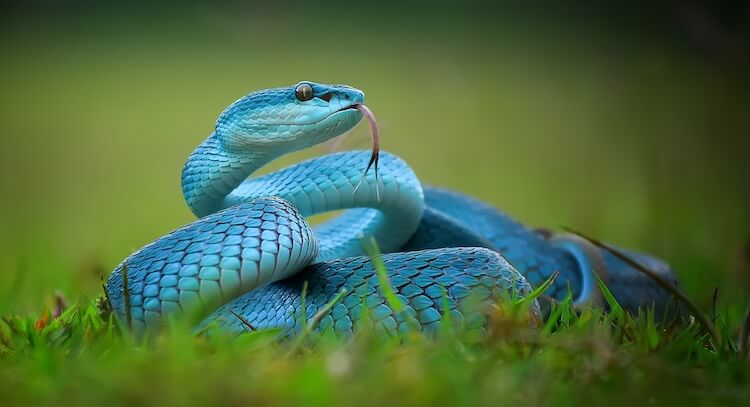 Thinking up a punny name for your snake could seem like a daunting task, but it’s made easier by some of our simple tips: 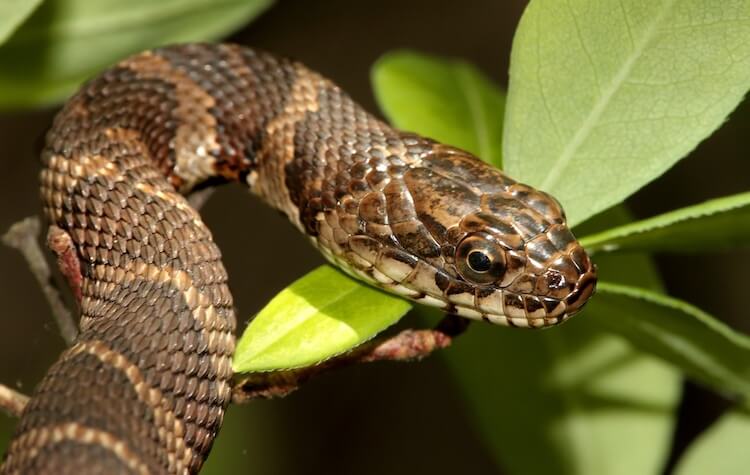 Although snakes are rarely associated with cuteness, there’s something about having your own pet snake that makes them adorable.

Perhaps it’s a combination of their tiny eyes and tongue, and their big yawns that make them much cuter than they are perceived to be!

For your cutest little snake, we’ve compiled the cutest names around, many of which have beautiful meanings to suit all kinds of cute snakes.

Think of your snake’s best qualities, such as their beautifully-colored scales or their strength and bravery, and find a cute name that showcases that.

If your snake has adorable gold markings on its scales, a name like ‘Aurelio’, meaning ‘gold’, would be perfect.

Aroha
meaning ‘love’ and ‘affection’, which is perfect for an adorable snake who loves spending time with you 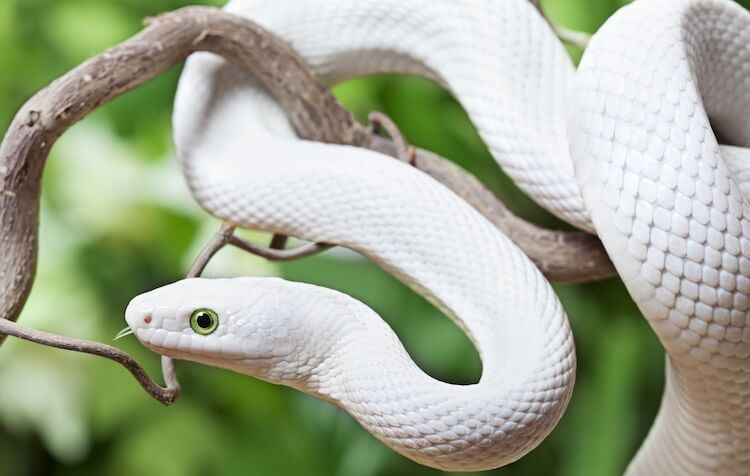 Some of the best snake names have already been thought up and can be found in your favorite films, novels, and TV shows.

Disney films can provide the best inspiration, as films like ‘Aladdin’, ‘Tarzan’ and ‘The Lion King’ all contain snakes which could also be perfect for your pet.

Whilst the majority of famous snakes are renowned for their deadliness and are often antagonists, many of these examples, such as ‘Juju’ from ‘The Princess and the Frog’, are loyal sidekicks, so there’s something out there for every kind of pet snake.

Famous snakes from Greek and African mythology can also provide great names, and these are often more unique, ensuring your pet stands out from the crowd.

We have hope that, after exploring our name ideas, you have found the perfect snake name for your beloved cold-blooded reptile!

Getting a new snake might sound like a daunting process, but, we believe finding the perfect name will help the whole process go smoothly.

Whether it was cute, funky or hilarious snake names that caught your eye, we hope you enjoyed discovering the sheer wealth of ideas that are out there.

If you still have not found the right name, keep persevering – study the world around you, ask friends and family and have fun with it.

If you think we missed any great snake names, please leave your suggestions in the comments below.

About David Woods 235 Articles
David is the pet lover behind My Pet's Name. He is a member of the Dog Writers Association of America, holds two degrees and has studied Applied Animal Behavior and Welfare. As well as writing, David has helped over 2 million people choose the best name for their pet.
Website