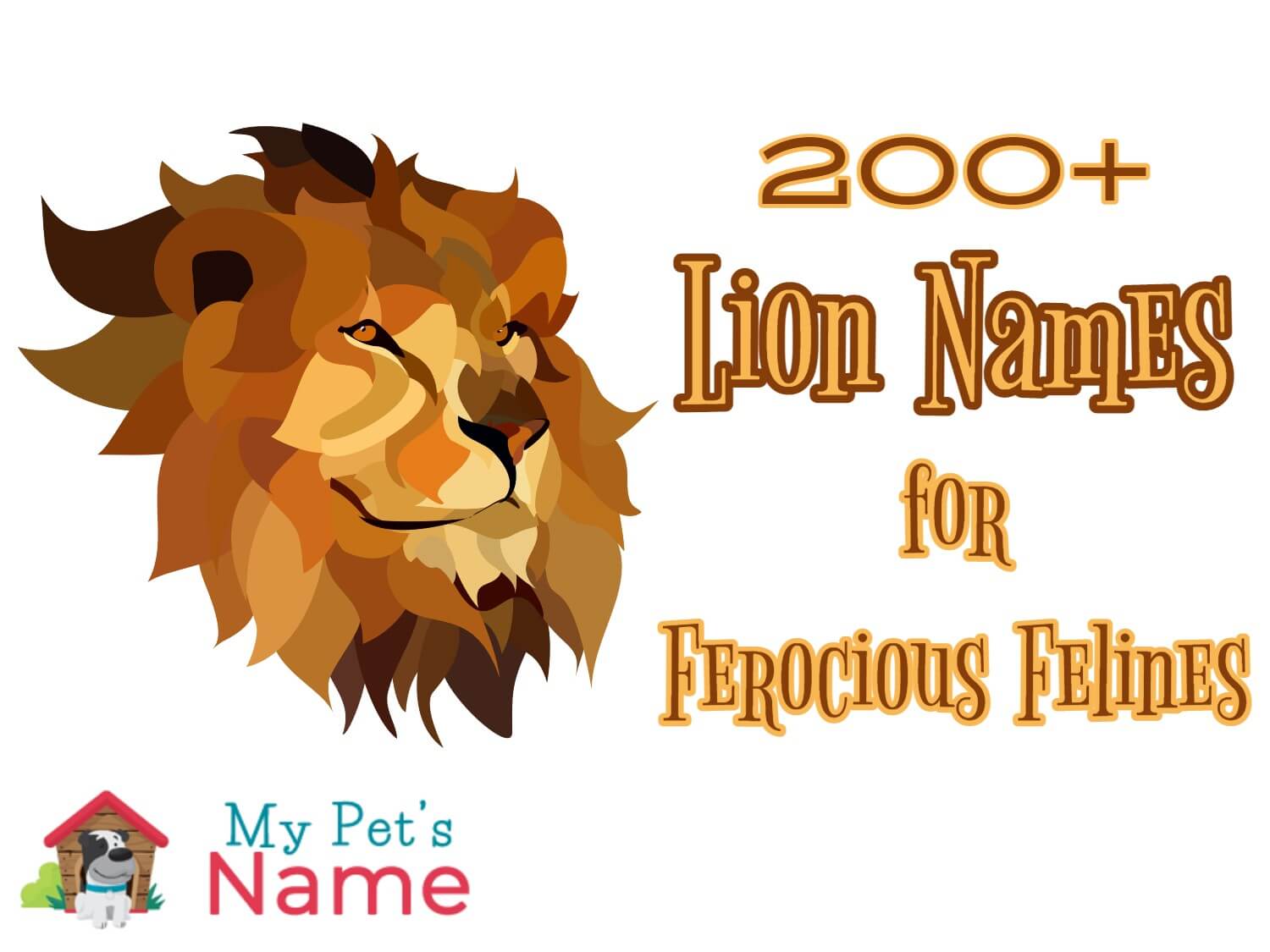 Most people are scared of lions, and seeing or hearing a lion roar is a terrifying experience, but others love them so much that they can’t resist using one of the many lion names for their pets.

Lions are the most fierce and majestic animals in the wild, and their dignified and proud features make them “the king of the jungle”. With their thunderous roar and a beautiful and intimidating mane, lions look more powerful and special than any other animal.

Pride and bravery are the main traits of their personality.

The courageous nature and the physical features of lions are the reasons for the love and admiration of many people. Cats can have cute names, but lions should have specific and unique names that will suit their iconic and fiery image.

Most of these names are of African and Latin origin that gel well with their fearless personality.

Lions and Their Characteristics 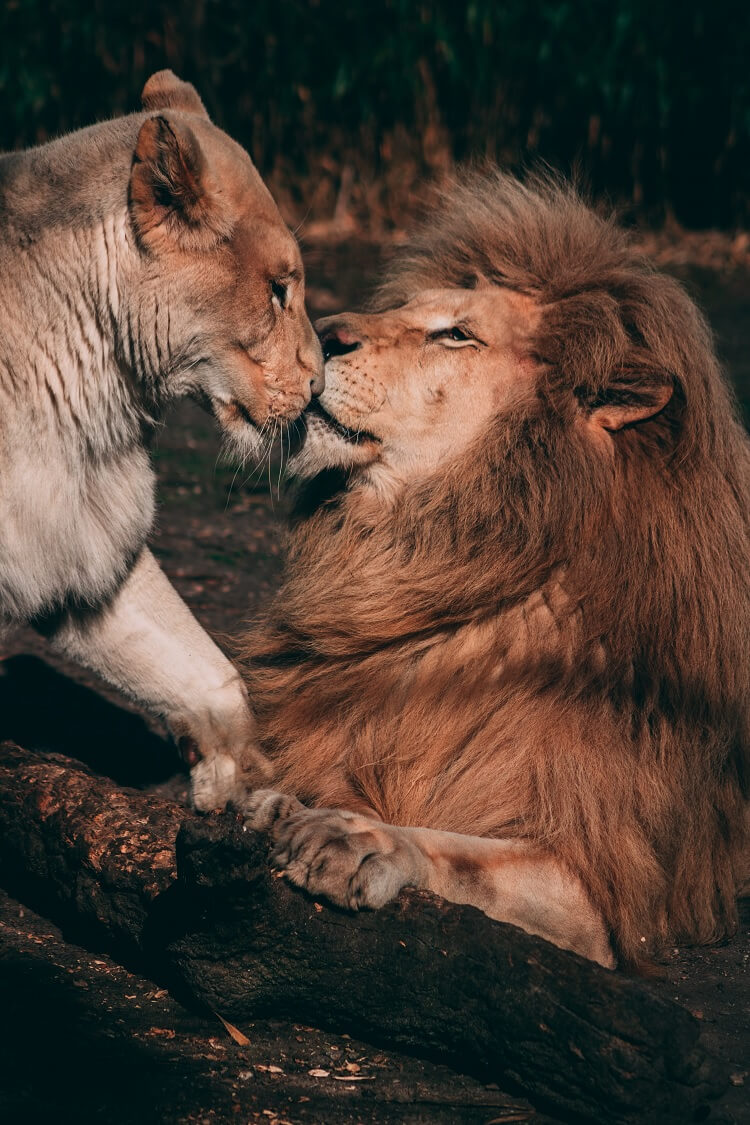 Lions are large, powerful felines that are native to Africa and India. They have tawny coats with dark brown or black spots.

There are two main types of lions:

Lions symbolize strength, bravery, and determination. When we think about lions, the first thing that comes to mind is generally “power”, which is why lions are generally considered kings.

Lions are deadly and predatory animals, but there is a lot to their character than deadliness; they are the most supportive and self-esteemed animals that defend their kin, which is why they live and move in groups called prides.

After humans, lions were the most widespread species of larger animals almost 10,000 years ago, but now they are vulnerable and their numbers are fast depleting. Sadly, experts estimate there are less than 25,000 of these incredible beasts left. 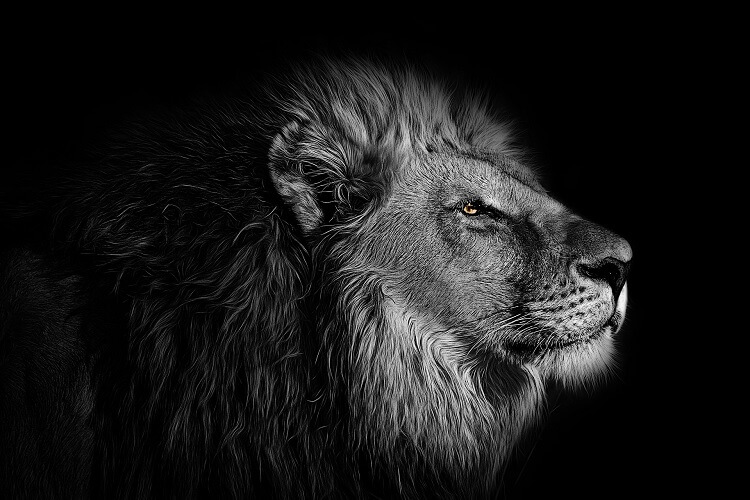 Lions are majestic animals that are famous for their fluffy mane and huge strong body. They are predatory animals that portray courage, determination, and bravery.

Although we don;t recommend it, people can make friends with lions or make them your pet if trained from a very young age – naming them is a crucial step along the way.

Here are some of the best names for lions for you to select. 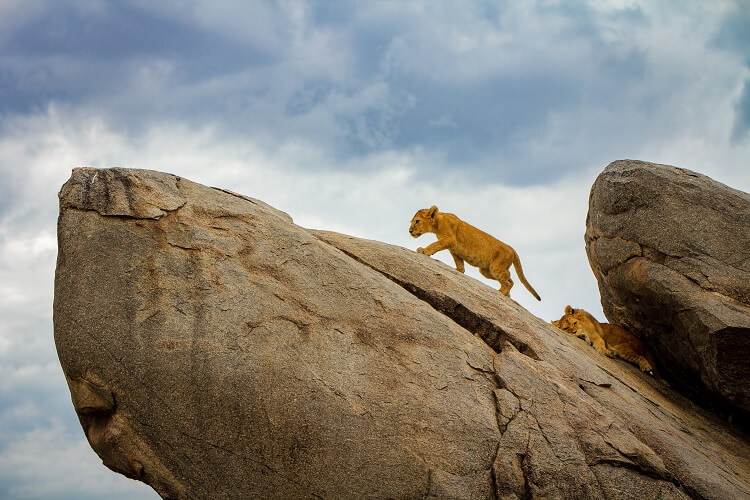 My love and admiration of lions started with our family’s childhood favorite, The Lion King. It was a massive hit (still is!), and people loved the lion characters so much that Disney made a new adaptation recently.

Here are the most popular male lion names from this classic movie.

The lionesses of The Lion King were admirable examples of strong, determined, and brave females. These lady-lions were taken as role models of courage and self-confidence.

Here are some of the female lion names from The Lion King. 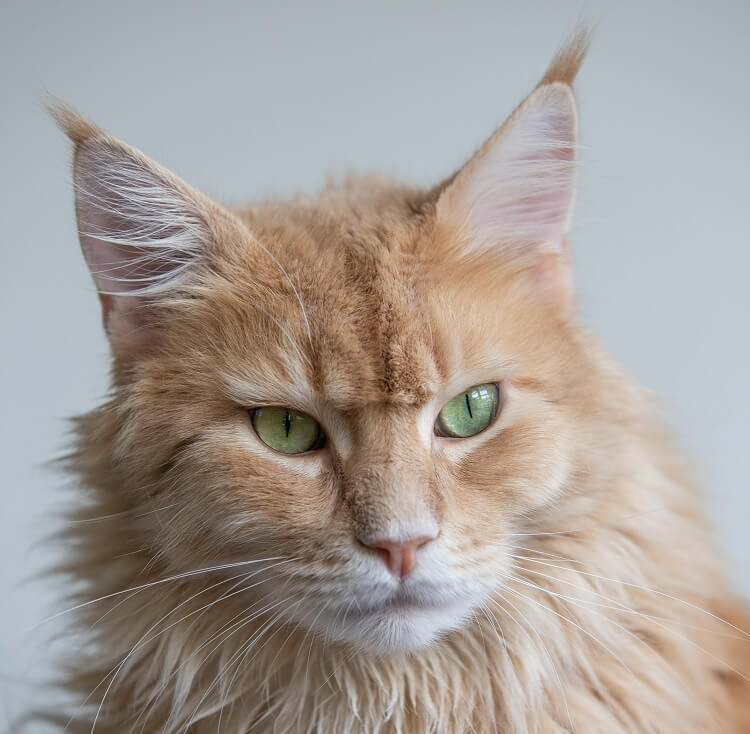 A lion is one of nature’s prime examples of bravery, aggression, and danger; they are savage and courageous beings that have the aura and personality to lead others.

That is why the lion is considered the king of the jungle. So here are 20 names that mean lion from many cultures, for your own king, whether it really is a lion, or is a smaller version with just as big a bravado. 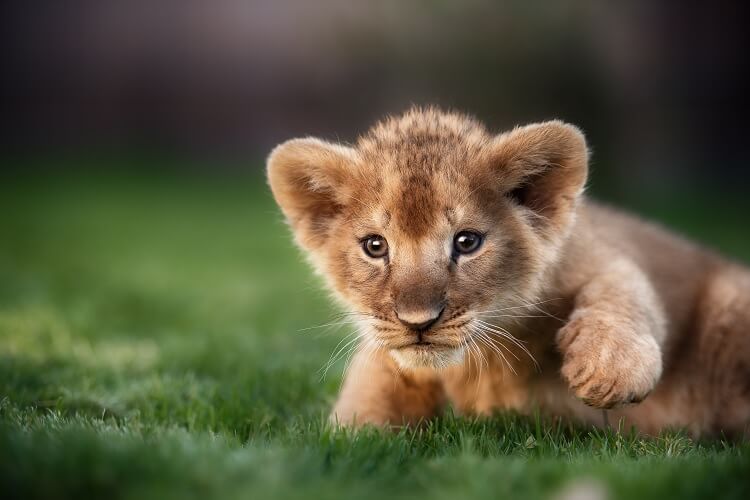 Baby lions are called cubs, and I don’t think there is anything more adorable than a lion baby. They are the cutest beings who need love and friendship when they are young, making the best pets.

Here are 16 cute yet meaningful names, ideal for a baby lion. 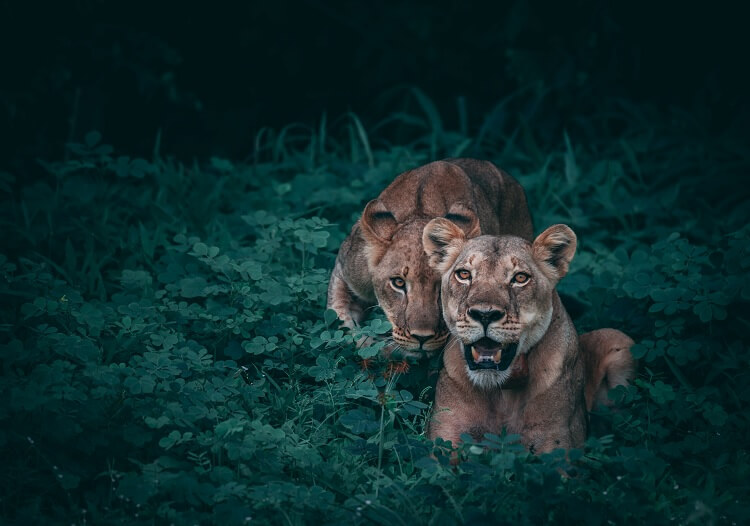 Like domestic cats, lions need names too. Whether they live in a zoo, the wild, or are the rare exception of being a pet, they need the affiliation and love every living being requires.

Male lions are brave, but female lions are more territorial and courageous because they look after their cubs, keep them safe from harm, and provide nourishment.

We’ve selected 28 notable female lion names (lioness names) for you to choose from. 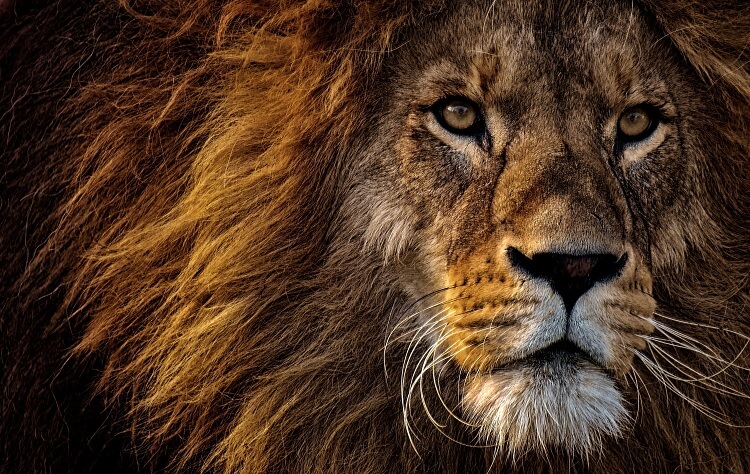 Male lions are the icon of fearlessness and strength, and their names should be bold enough to reflect their ferocious personality.

Here are 16 names that are well-suited for lions because they have solid sounds and meanings. 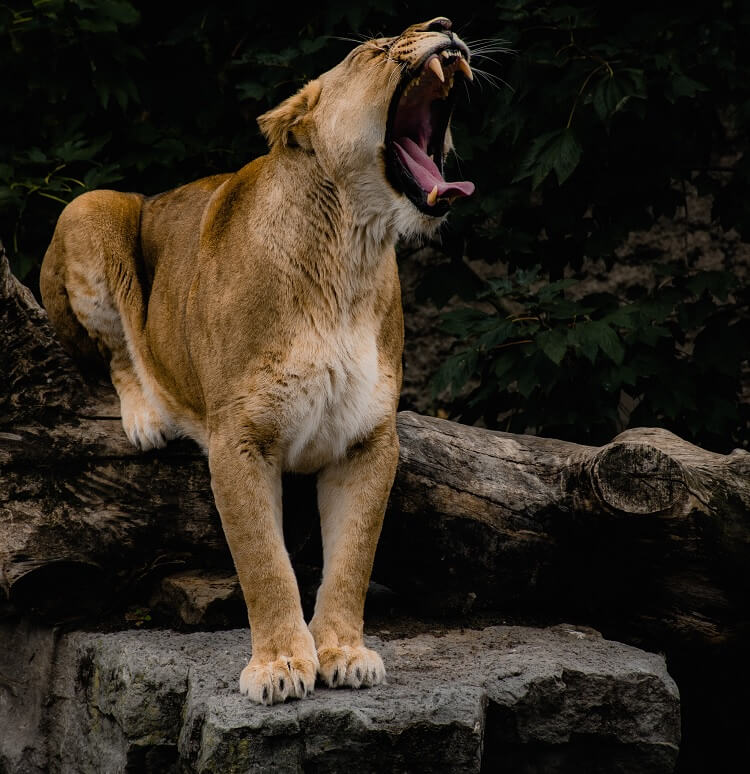 Lions are natives of Africa, and they can live in both rocky mountains, forests, and grasslands. They stick together and move in groups called prides.

Being honorable animals that back each other, they are extremely proud of their pride.
Here are some mountain-related names for lions. 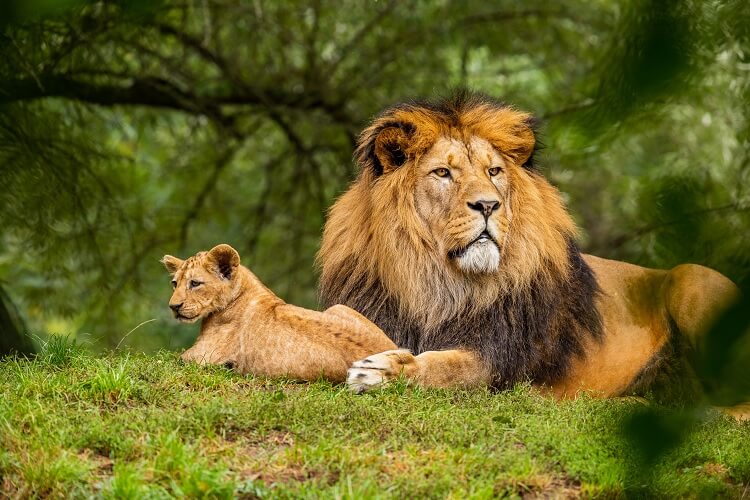 The character of a lion in any animated or fantasy movie is always trendy and much admired by the audience.

The reason for this is that lions are a symbol of majesty, pride, and fierce nature– because of that, lion’s characters became attractive.

Here are 20 of the most famous lion names from popular movies. 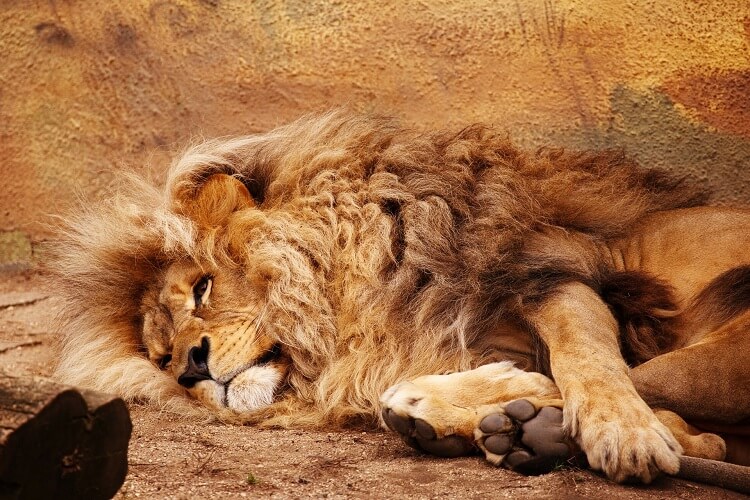 Africa is the home of lions, and still, the vast majority live in Africa.

Africa has a lot of history and culture, and lions have a deep connection with the African people, so African names suit lions perfectly and are very popular. 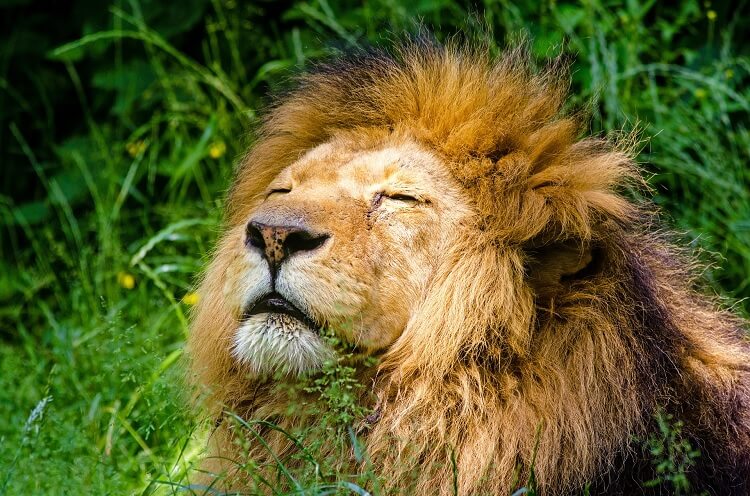 Naturally, lions are untamed and wild, but they can be tamed from a young age to keep them in zoos or as pets. The rugged nature of lions never fades away, but they become less predatory and become your good “little” boy or girl.

So here are some of the unique names that will suit your good-natured lion. 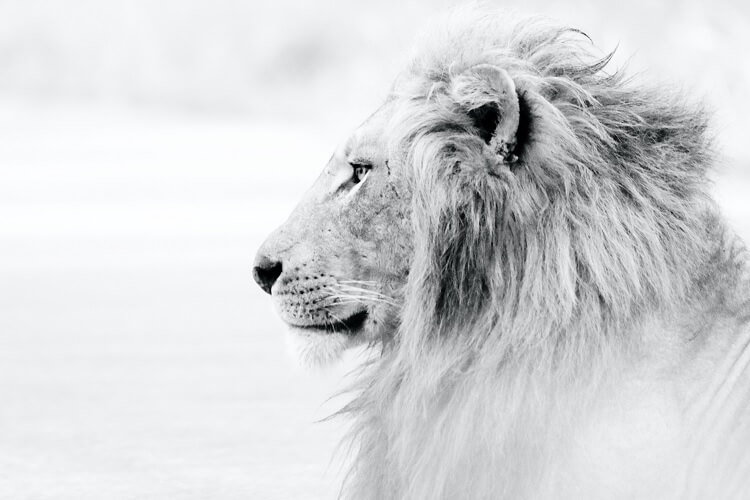 Lions are incredible animals because of their personality of pride, savageness, and fearlessness. They are predatory and powerful, making them fearful animals, but some people like lions as pets.

So here are 20 cool and classy names for your lion.

Lions are majestic animals that everyone should get the opportunity to see in person. They’re big, beautiful, and intelligent creatures.

If you have a lion as a pet, it’s important to give them an awesome name.

It’s not always easy to find good names for lions but if you’re looking for more suggestions on what to name your new feline friend, this article is the best resource with 200+ great ideas!