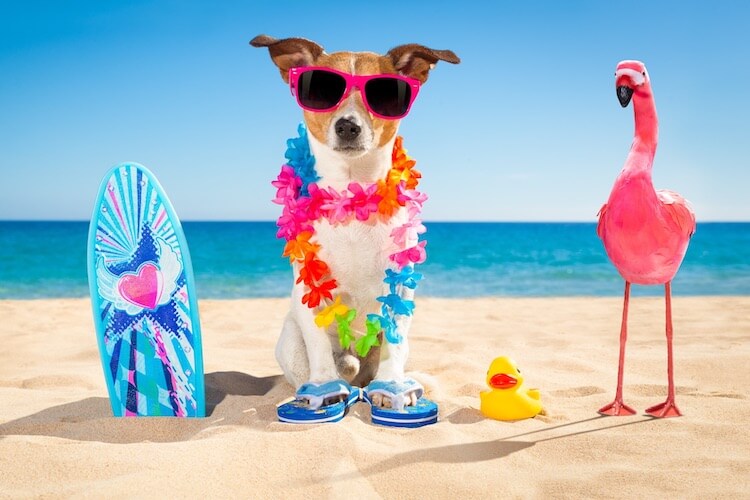 Do you have a Hawaiian dog and wish to give them a moniker that honors their heritage, or perhaps you just love their culture and want to incorporate it by using Hawaiian Dog Names?

This list of Hawaiian-inspired monikers should be helpful in choosing a cool and unique dog name! 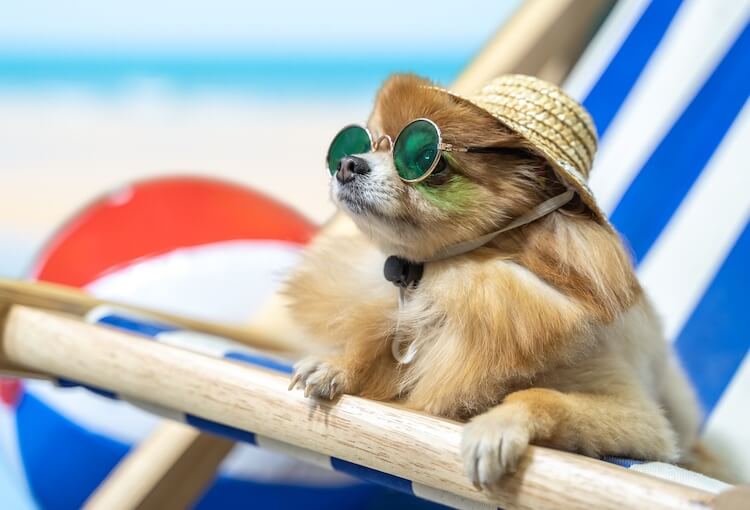 There are many famous women who we didn’t even know were from Hawaii (e.g. Nicole Kidman)!

Name your female dog after these inspirational leading ladies, and hopefully, they may share the same amount of talent.

We have also included some other beautiful female nicknames with inspiring meanings that would make a fantastic moniker for your dog.

Each of these Hawaiian dog names is both graceful and beautiful – any dog would be proud to be called that. 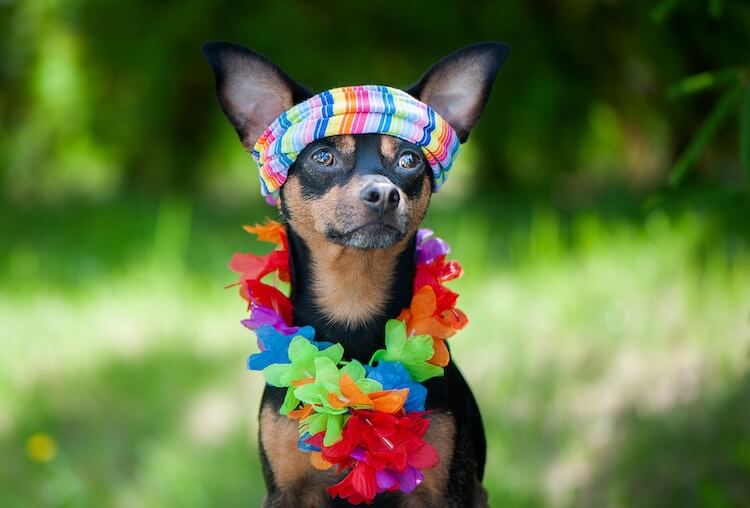 Here are some cool and unique male Hawaiian names for a pet dog that wants to stand out from the crowd.

Whether you are from the warm Hawaiian beaches or the depths of Antarctica, these names will make sure your dog is the coolest, most suave, and dapper around.

Did you know that on the island of Kauai, no building can be taller than a palm tree?!

Hawaii is also keen to preserve its spectacular greenery and beautiful landscapes and they were the first state in the US to ban plastic bags!

Now dogs can run and play across their beaches and seas with no plastic waste, a lesson other countries and states should learn from. 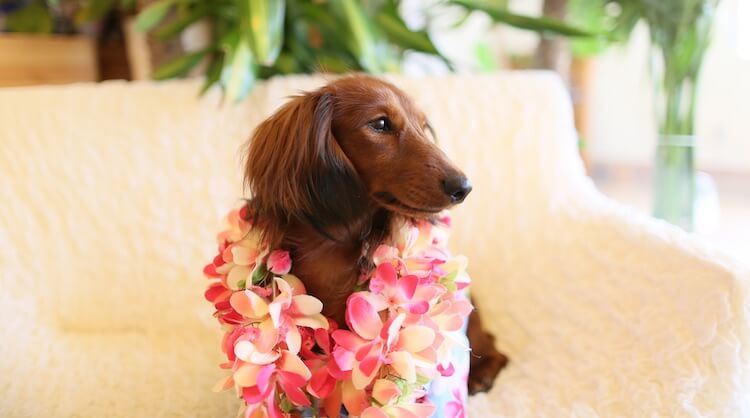 One of the best things about Hawaii is its magnificent landscapes and the inhabitants’ laid-back, peaceful nature.

‘Pau Hana’ is an important phrase in Hawaii meaning ‘work is done’ and that it is time to unwind.

Dogs don’t have much work to do these days, and so they can always say ‘Pau Hana’ while they go on walks, lie in the sun and sleep half the day!

The Big Island in Hawaii grows around 40 acres every year because of all the volcanic activity that goes on there, meaning there’s more and more to love every year!

Here are some cute nicknames, inspired by Hawaii, that would suit a laid-back and relaxed dog, or some zany, wacky, and eccentric monikers which match the hot and crazy volcanic eruptions that are frequent to Hawaii. 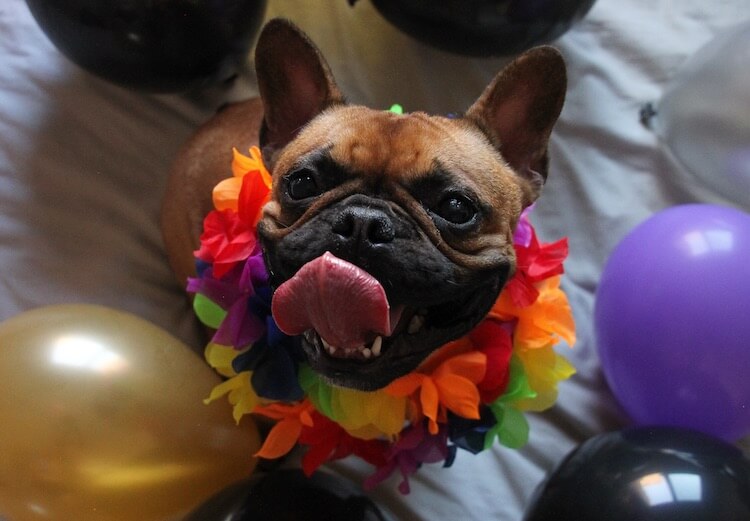 A fantastic way to choose a unique dog name is to pick something that has a special meaning.

Perhaps you could pick a name based on your pet dog’s personality:

Each of these Hawaiian Dog Names has fun, interesting, and exciting meanings in Hawaiian… you can now combine your love of Hawaii with a word that sums up your pet pup. 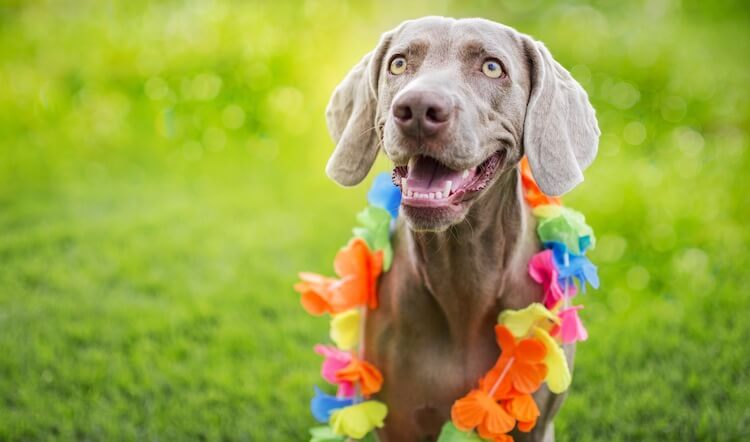 Hawaii is many things, but you can’t say it isn’t cool.

With their laid-back vibes, their ‘Pua Hana’ and the huge expanse of sandy beaches, Hawaii seems to be the place to live if you want to lead a stress-free, relaxed and tranquil life.

So naming your dog after this island is perfect for a pet that loves to laze in the sun and sip cold water all day long!

There are 137 islands of Hawaii, so many beautiful beaches and clear waters for your dog to run across and play in.

Here is a list of cool Hawaiian Dog Names, inspired by Hawaii and their easy-going, serene lifestyle! 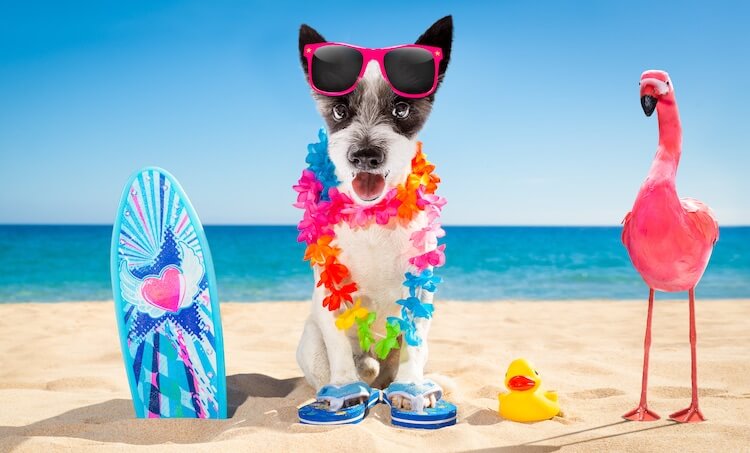 Whilst it seems that any dog would fit in with the island lifestyle of Hawaii, there are some dog breeds that the Hawaiians favor over others.

The French bulldog is one of the most popular breeds in Honolulu, along with the Labrador Retriever, the Pomeranian, the Poodle, and the Dachshund.

Clearly smaller dogs from Germany and France fit in well with the Hawaiian beachy life!

There are actually only two mammals that are native to the islands of Hawaii, the monk seal, and the hoary bat.

Hopefully, these animals will get along with the many dogs that have been brought to Hawaii and lived peacefully there ever since.

Here are some of the best Hawaiian-inspired dog names, not only for the most popular breeds in Honolulu but for any dog that wishes to settle down beneath the sunny skies of this beautiful island.

We hope you loved this list of Hawaiian dog names!

From celebrities born in Honolulu, to fictional, Polynesian Disney characters and beautiful words translated into Hawaiian.

It is only right to give a laid-back, relaxed dog a fun and unique name, especially if they live by the white beaches and clear seas of Hawaii.

If you enjoyed this article then it would be fantastic if you left us a comment, possibly telling us your favorite dog name from this list, and maybe if you have ever been to the beautiful Hawaiian sands.