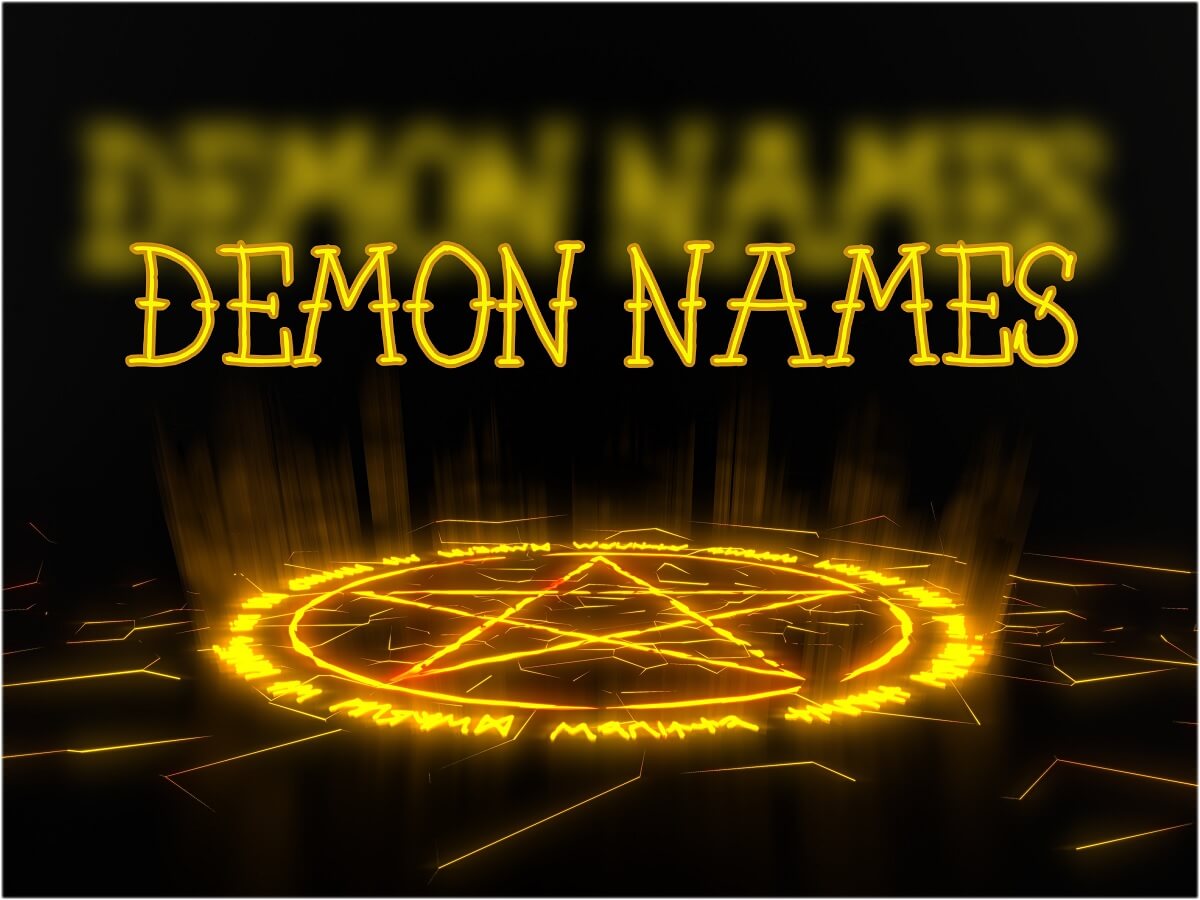 The Ultimate Demon Names Anthology is your definitive resource.

Get the perfect names for demons in your fantasy worlds and stories!

The names of demons are as varied as the number of cultures they come from. Harsh and evil sounding, they can be harder to pronounce than your average moniker.

But, that’s exactly what will set your badass demon apart from the rest!

Human fascination with the supernatural is nothing new.

Many novels, tv shows, and games involving this topic had their fair share of popularity.

We can’t get enough of them!

Thanks to their popularity, demons come in all shapes and sizes; a prominent part of many cultures, including the ancient Aztec.

In this article, we provide you with a wide-ranging list of demonic names. Somewhere in the many names listed below, there is the one waiting for you!

Having come forth from the dark side, a demon is usually believed to do harm. In most cultures and popular fiction, demonic characters have creative backstories following them.

No wonder demons often serve as a popular naming inspiration for original characters!

Our list below contains both male and female demon monikers to give to your character. The names on this list belong to all kinds of different demons belonging to varying games, countries, and cultures.

Without waiting anymore, let’s scroll down and have a lookie-loo. 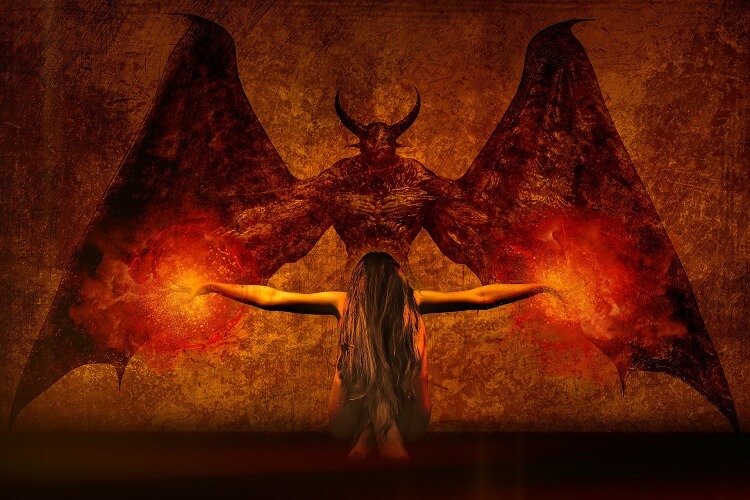 While looking for a demonic name is not the most conventional thing to do, we’re not here to question your choices.

We are here to help you!

The great thing about the names mentioned below is that they suit a bunch of different purposes.

Writing a book on these fascinating creatures? Building a character in your favorite video game? Creating a demon for your next session of Dungeons and Dragons? Researching an article?

The world of devious creatures has something for everyone! 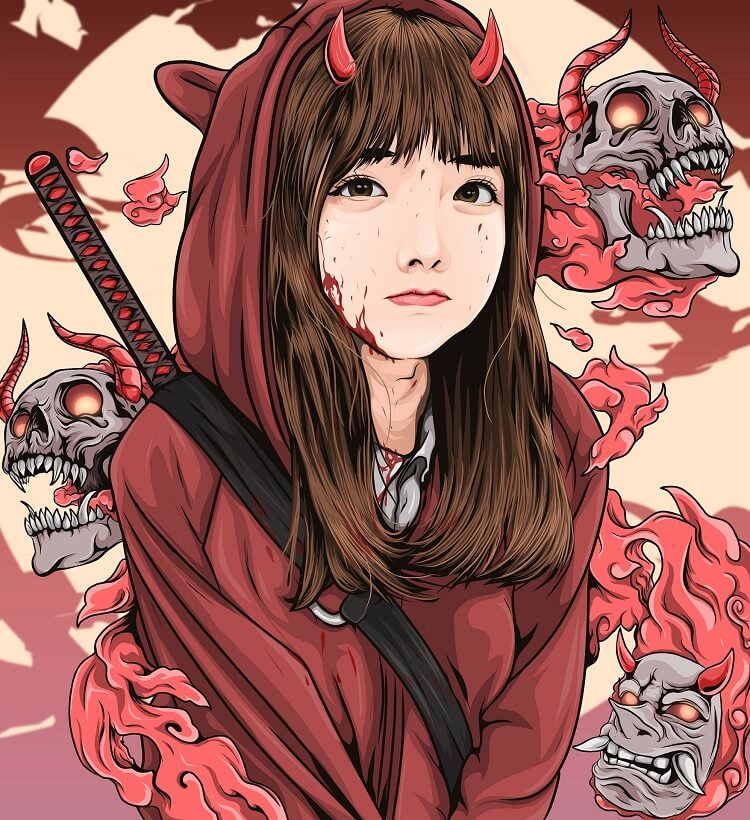 Are you a lover of fantasy like us? Do you like the thought of demons being real?

This section is definitely for you.

In popular fiction, characters get their names for a variety of reasons. To show their personality, alignment, or sometimes because they sound cool.

Let’s see what we’ve got!

Names for Demons From Mythology

The majority of demon names have roots in mythology.

Cultures and religions around the world associate human existence with good and evil.

It’s no surprise then, that demons play their part in the past’s meaningful stories.

Historical myths and folklore mention many demonic deities. Consider our interest in the dark concept of demons and demon naming piqued!

For fans of the past, here are a few classic names originating from popular mythology.

When you think of a demon, the first thing that pops in your head is likely an image of a horned monster. For me, it has a pitchfork and tail!

Yet, in religious scripts, a demon is not always depicted that way.

Religious folklore is jam-packed with devious creatures. The bible is no exception.

Thus springs forth a whole sub-category of names from this realm of literature. 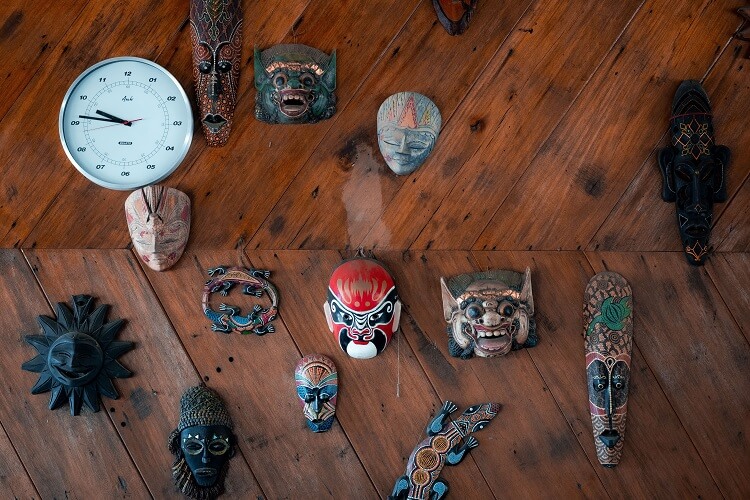 Consider the many demonic creatures that exist in folklore and mythology.

The names so far in this article are a drop in the bucket.

Are you fascinated by a certain culture or want to show your respect to a region and its values?

Here, we provide you with a list of demonic names from three cultures rich in demonic heritage.

The African, the Japanese, and the Native American.

If you haven’t found the perfect name above, you’ll likely find it in one of the three rundowns below.

Africa has a lot to offer in terms of culture. There are so many religions and cultures that make up the continent that you would be hardpressed to find such depth and diversity anywhere else in the world.

Thanks to its great big size and a diversity of traditions, there are a ton of different demons you can get inspired by. We have included some of our favorite ones below.

Having Angolan origins, this name belongs to a demon with two faces – one attractive and one a hyena.

The story goes that the attractive male side lures women in. The hyena devours them once they come close!

In the Canary Islands, legend believes Tibicena to be demons that resembled dogs.

They attacked anyone and were vicious creatures with malicious intent to harm humans.

This is a demon whose stories come from Cairo.

It is a common belief in many parts of Africa that Zār possesses women and tortures them.

This eel-like, demonic character is part of the legends of the South African Zulu and Xhosa people.

This demon controls the weather, for better or worse!

Originating from Morocco, Aicha Kandicha is a female demon that is believed to be so beautiful that she can lure any man to her. Once the man is lured in, she tortures him to death.

It is not just anime that the Japanese culture is popular for. It is the demon characters in those animes that many people are fascinated with.

The mythological personalities of Japanese folklore and its modern anime are revered not just in Asia, but in the west as well. Some of these names have a terrifying air about them that can instill fear in the bravest of us.

Shapeshifting demons from the Japanese history and entertainment. These demons take the form of different animals, such as cats, and can be destructive to human beings.

Ogres with human forms, these Japanese demons can take potentially any size and shape. They, however, have distinguishable horns on their heads.

This is a type of Japanese demon that is visualized to be part dog, part bird, and part human. This demon represents corrupt monks who sinned and kept people from following Buddhism.

This name means “Lady of the Snow.” One of the most famous demons in Japan, the beautiful Yuki-onna appears during snowstorms and never leaves her trace across the snow.

A Japanese name for a female demon that means “Lady of the cut mouth.” The character originates from an urban legend in the ‘70s.

In most religions and cultures, demons are a source of evil. However, in Native American beliefs, demons are deities that can represent both destruction and good.

In Native culture, these demons are often personifications of certain natural phenomenons, such as hurricanes, winds, etc. Or, if they are evil, it is often so because they were foes of the gods and goddesses.

Let’s have a look at some Native American demon names.

Celestial demons in the Aztec mythology, these creatures threaten to destroy the world continuously.

This demon is said to be a ruling diety of a higher level.

This name represents witches in Navajo mythology that travel at night and wear coyote skins.

Hurakan was a Mayan god believed to control storms and bad weather.

This demonic name has the meaning of “Earth Lord.” It represents a monster in Aztec demonology. 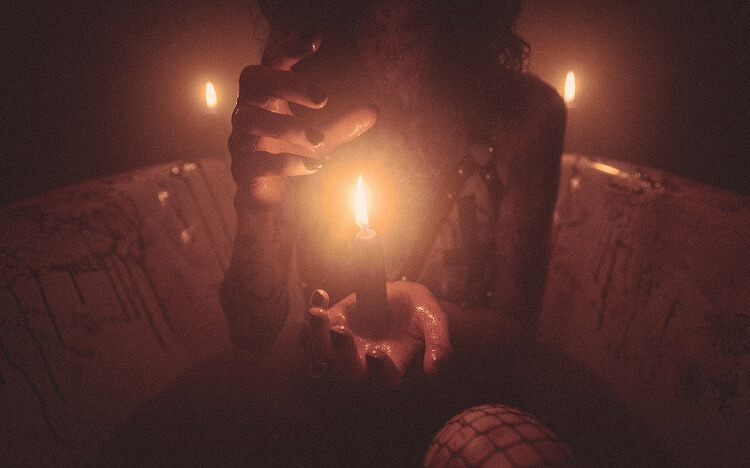 As one of five books that make up the Lemegeton Clavicula Salomonis, commonly known as The Lesser Key of Solomon, the Ars Goetia is about the evocation of demons.

It essentially contains detailed descriptions of demons and their duties and rituals. It also includes the requirements one needs to fulfill in order to summon the demons.

What’s fascinating about the Ars Goetia is that it was compiled in the 17th century. So, we’re dealing with some seriously old names.

There are 72 demons in the Ars Goetia. This also includes nine “king” demons. Let’s have a peep at all 72 demon names in this gothic book!

72 Names From the Ars Goetia 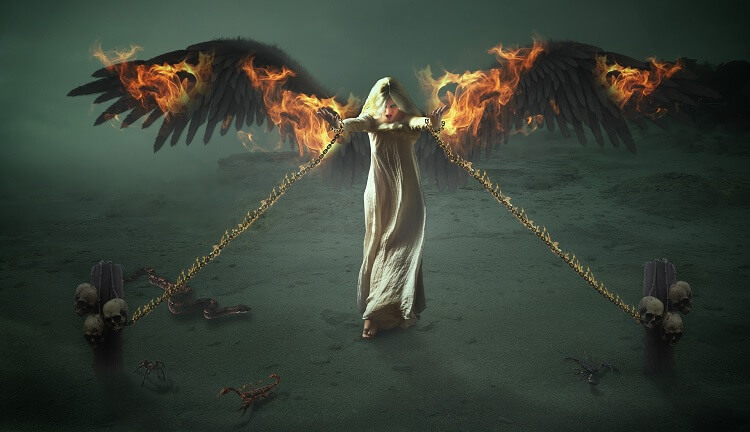 The 7 fallen angels originate from both Christian and Pagan mythology.

As a result, they were cast out of heaven.

This idea of fallen angels first took place in the Book of Enoch in which 200 angels were thrown out of heaven for sinning.

These fallen angels are believed to be the ones who tempt humans to sin. Satan himself is a part of the fallen angels in addition to others such as Moloch, Belial, Chemosh, Dagon, and Beelzebub.

What are the names of the 7 Devils?

The 7 devils were presumably classified by an English Catholic theologian John Wycliffe based on the seven deadly sins that each demon tempted people into doing. Here is how the list goes: