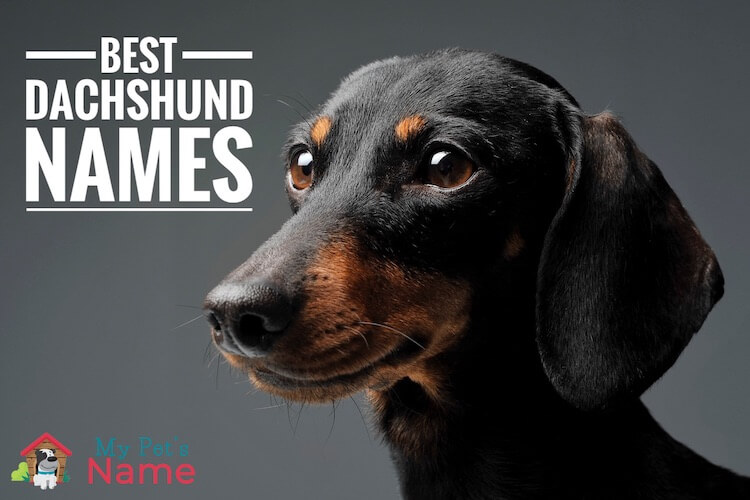 Do you have a long, slim, stumpy Dachshund? Are you looking for the best Dachshund names to suit these hotdog-like canines?

Look no further, we have a list of funny, cute, and silly wiener dog names for these unique German dogs. Sausage dogs come in many different sizes and colors, and we have a moniker to suit each and every one of them!

Skip to the Dachshund Name Generator!

From German derived names to other famous Dachshunds, we have every dog name you will ever need.

This dog breed is lively, energetic, and incredibly loving, so give them a fantastic title that you will cherish forever. 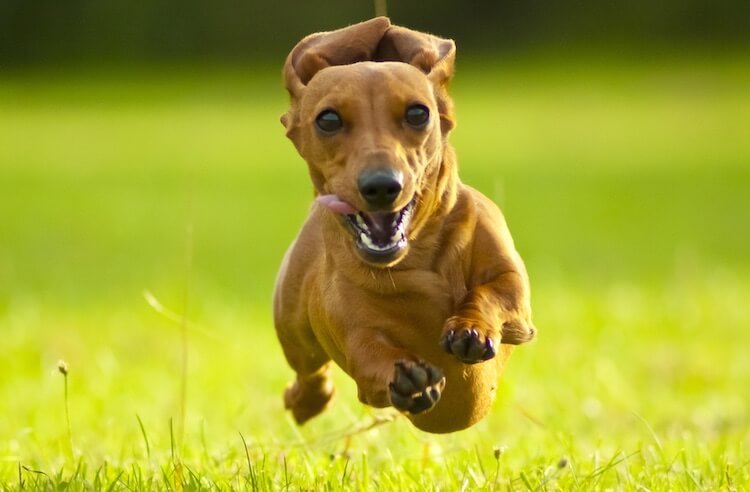 These Dachshund names are, in our opinion, the ten best that you could possibly give your pet.

From funny and silly, to unique, cool, and mysterious monikers; our top ten would suit pretty much every Dachshund in the world!

These dogs are super popular too, they rank as the thirteenth most popular dog breed in the US.

So, give these zany, well-loved dogs a fantastic title that will help them stand out against all the other Sausage dogs you know. 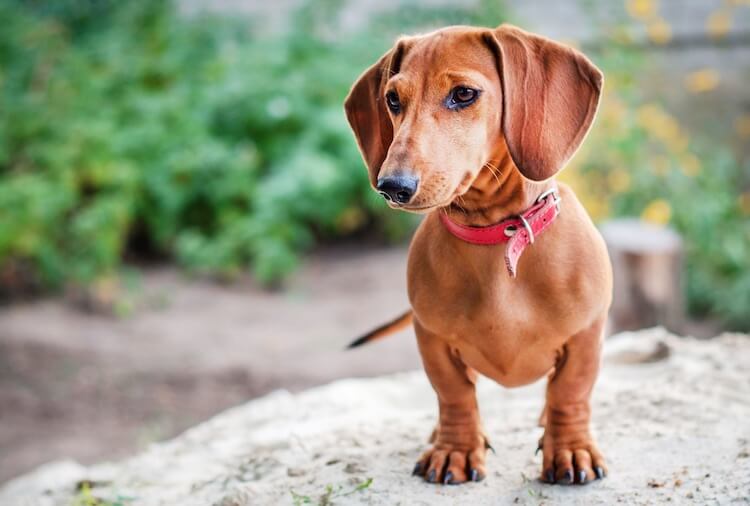 These dogs originally came from Germany, where they were bred to hunt badgers in the woods.

This means that this tiny, unassuming dog breed is actually rather fierce, and is not always as cute and cuddly as they seem.

As a result, these dogs should have a ferocious and bold moniker, that shows how daring and audacious these puppies are.

But, there are also some cuter and more tame ideas that highlight the lovable and caring side of these small dogs.

Felix
a word meaning ‘lucky’ and ‘successful’ in Latin. You’ll always have good fortune with a dog named Felix! 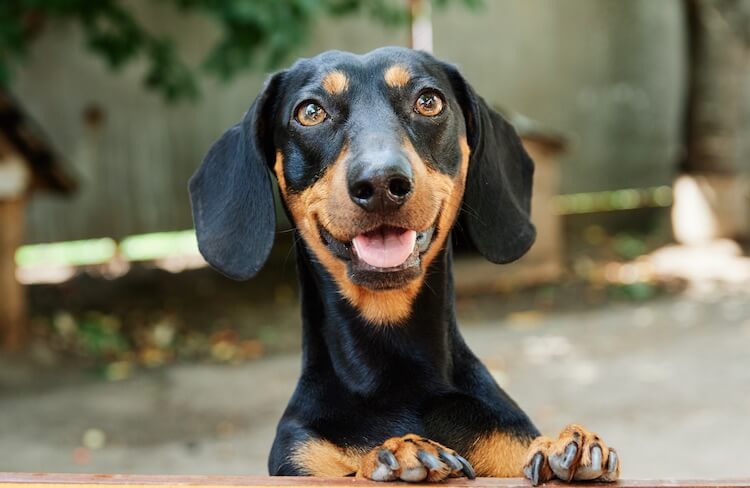 These tiny, stumpy sausage-like dogs can often be quite funny animals.

Both their appearance and zany personalities can be giggle-worthy, so it can be fun to give them a silly moniker.

If your little buddy is your ‘partner-in-crime’ then ‘Batman’ is a very fitting idea for them. However, if your pudgy pooch sometimes wobbles when they run and jump, then ‘Jelly’ is a funny and cheerful title.

Sausage
these long and slim dogs can be reminiscent of sausages!

Check out our list below for some more ideas: 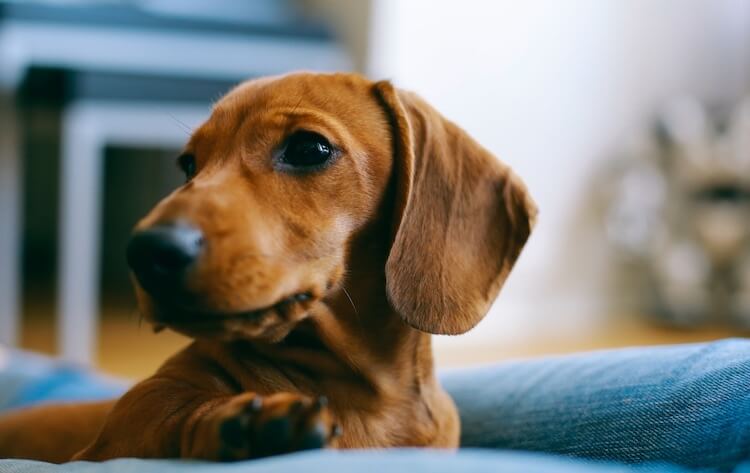 Whilst these badger hunting dogs can be fierce and aggressive, at heart they truly are softies.

It cannot be argued that these long slim pooches, with stumpy short legs, aren’t the definition of cute.

These ideas will have you aww-ing and ahh-ing, and positively dying with cuteness overload!

Can you imagine one of these squat, small dogs bouncing around with a title like ‘Kangaroo’?!

Everyone that comes across a Dachshund with any of these monikers will feel compelled to pet and cuddle them.

Rusty
a fun name for a ginger Dachshund

Dachshunds have an irresistible charm and these words will only amplify that: 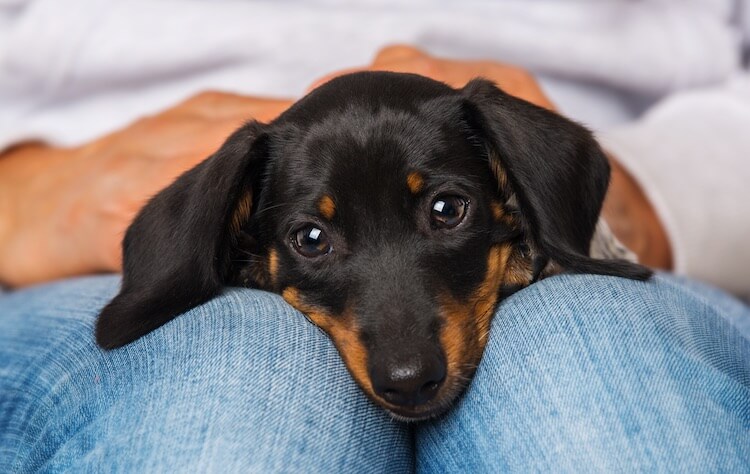 Because of their immense popularity as a breed, there are many famous Dachshund dogs.

From German royalty to Hollywood superstars, there are many lovers of this canine in the world.

In fact, we noticed a pattern that a lot of stars in Hollywood Westerns are all partial to a Dachshund or two, perhaps the lack of these little stumpy dogs in the Wild West makes them long for these cute guys! 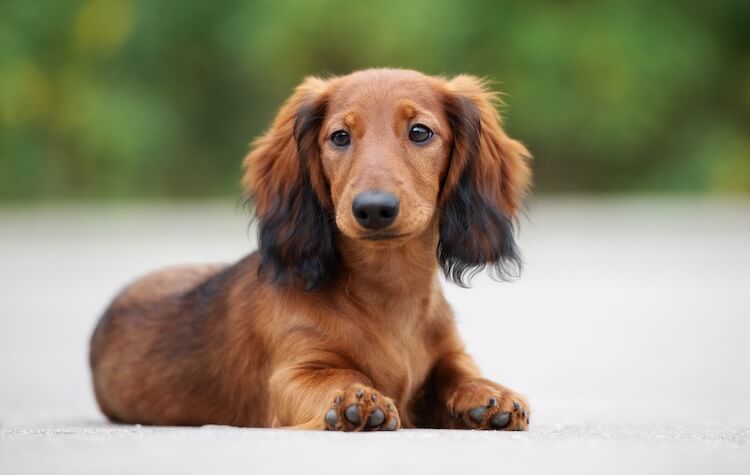 To honor these German dogs, we have this list of interesting and unique names that will perfectly suit these cherished, darling Sausage dogs.

The meanings behind a canine’s name is also incredibly important. A fantastic way to choose your dog’s name would be to pick something that describes your puppy’s personality.

These canines decreased in popularity during World War I, they were even renamed ‘liberty pups’ and ‘badger dogs’, but clearly nothing could beat the name ‘Dachshund’.

Bernadine
a girl’s name meaning ‘brave as a bear’, although we’re not sure how well a little Dachshund will fare against a bear!

We hope you enjoyed this list of Dachshund names.

There are so many that would be great choices for these little dogs who are massive bundles of joy, with only tiny legs.

Know anyone else who also has a passion for these Sausage dogs? Why not send them this list, and hopefully they will smile and giggle at some of these cute, funny, and charming Wiener dog names.

If any of these titles stuck out as a favorite, then be sure to let us know down in the comments. Also, if you own a Dachshund then we’d love to know their name too.