Although we usually think of dogs as being incredibly loveable and cute, some of our four-legged friends are actually really tough, brave and determined.

From canines surviving the Titanic disaster, to courageous and valiant police dogs, there are so many heroic pets who deserve tough dog names.

We are proud to have these wonderful creatures as man’s best friend and are fairly certain canines are tougher than humans most of the time!

If you are having trouble picking the best name ever for your tough pooch, immediately below we have a few quick tips and tricks to make the name-choosing process a little bit easier; if not, skip ahead to read our list of over 550 tough Dog names! 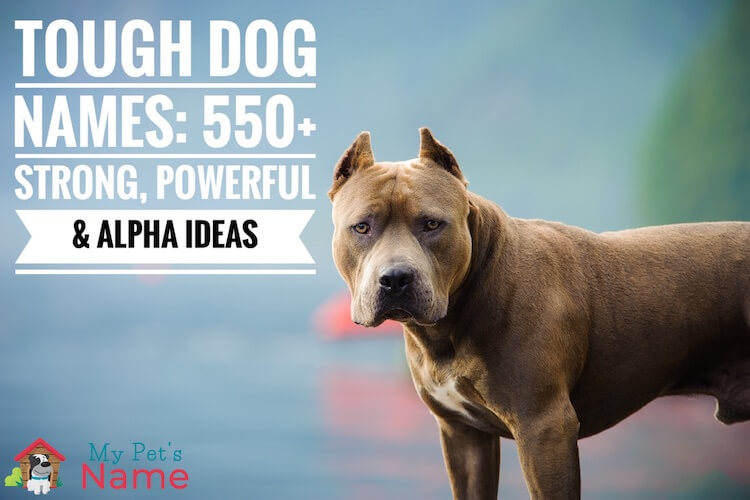 We all want our tough dog breed to have the best title imaginable, however, this can sometimes be a difficult task.

Being able to choose a really amazing moniker is no easy feat, so we’ve come up with a few tips and tricks to help you out:

Looking at endless lists of names for hours will only make you go crazy! So, step back, relax, and enjoy the process – you will only be able to do it once for your dog.

2. Base a Name On Their Personality

If you have a tiny Pug that couldn’t be tough if they tried, then a ‘tough-sounding’ title may be a better idea than anything particularly gruesome and crazy.

On the other hand, if you have an enormous dog that strikes fear into the hearts of anyone they meet, then choosing a similar ‘gigantic’ title such as Godzilla or Mammoth.

3. Don’t Choose Based On Trends

The latest meme or joke may be a good idea, but the likelihood of this remaining hilarious for years to come is slim to none.

The average dog has a lifespan of 8-12 years, so make sure whatever choice you pick will be relevant for that entire time.

Even though you may want your dog to have the toughest name possible, you don’t want others to be terrified of your little puppy.

The names on this list are brilliant tough names for dogs, that also won’t have people running away and screaming in fear – so let’s get started… 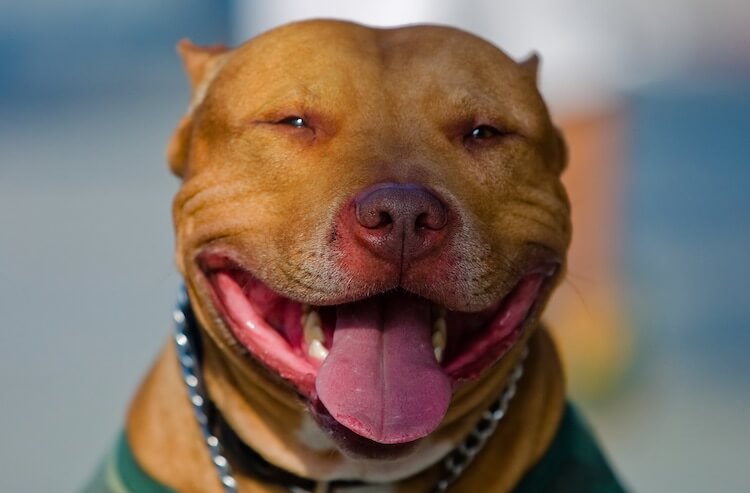 Many of the titles on this list are inspired by Greek and Roman Gods, and what is cooler and tougher than a mythological being with endless power?!

As well as many figures from pop culture, such as Jaws and Godzilla. You can draw inspiration from various places in order to find the best tough dog names. 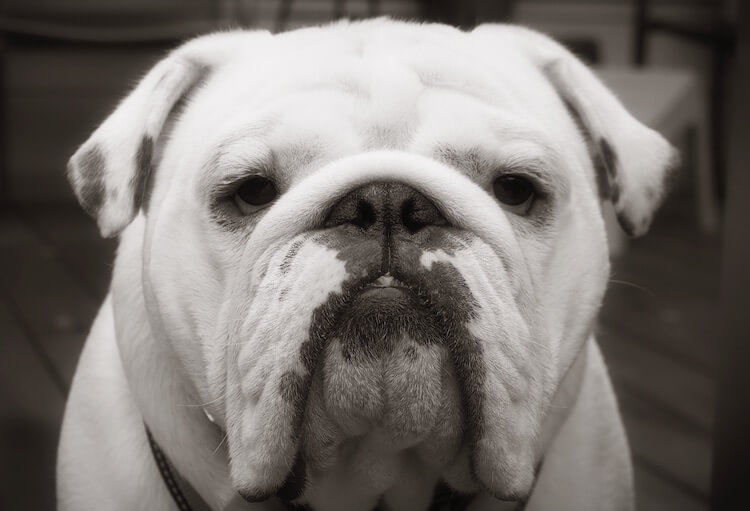 A lot of these names just sound really strong, and will make even the tiniest of dogs seem intimidating and brave. 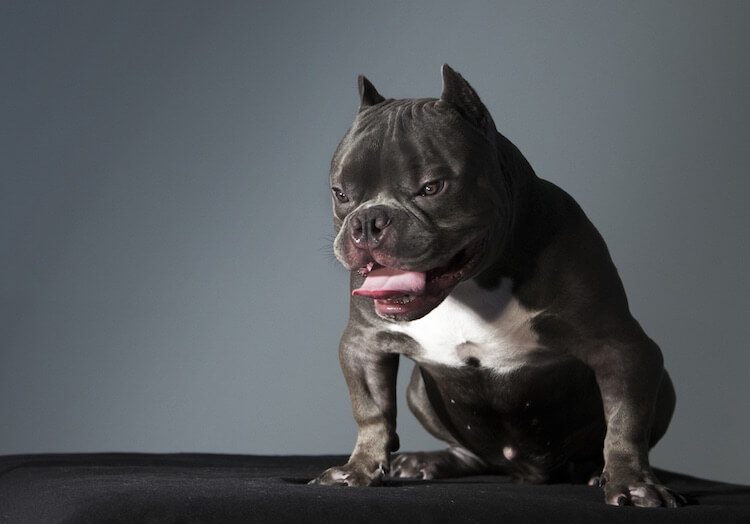 Some great examples of tough dog names from this list include Medusa (the snake-headed lady from Greek mythology) and Clarice Starling (the intelligent, sharp, quick-witted protagonist of The Silence of the Lambs). 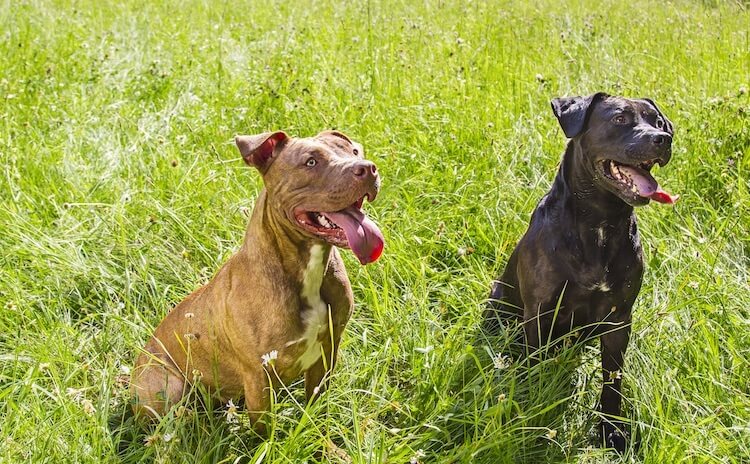 Police dogs are an integral part to the workings of any police force.

Known commonly as K9s, these dogs help the law enforcement in a huge variety of different areas.

The most common dog breed you will see with the police are German Shepherds, as they are: intelligent, obedient, brave, and know how to handle a stressful situation.

However, not all police dogs have to appear tough and fearsome.

Another common dog breed in the police force is a Beagle, as their super sensitive noses are used to sniff out drugs.

You can feel safe in your home knowing these amazing dogs are working hard to keep you protected!

Here is a list of our favorite tough dog names, that will be perfect for any intelligent, brave and protective police puppy!

Captain
a fantastic name for any dog that loves to be the leader of the pack. The name Captain implies a dog that is determined, responsible and has impeccable leadership qualities. 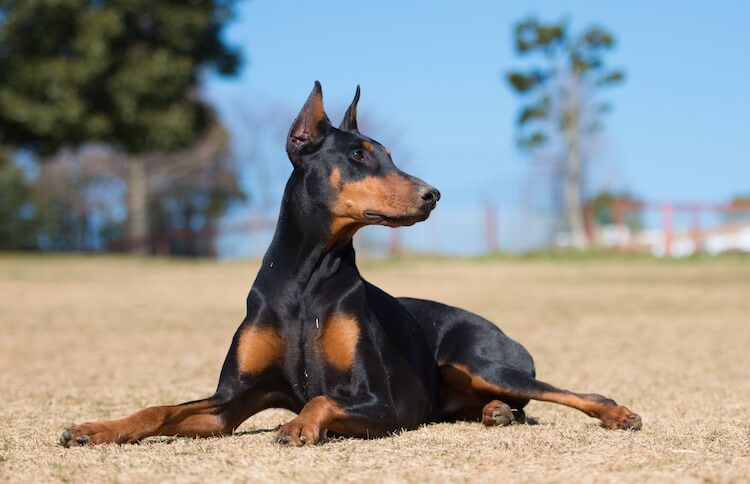 Perhaps you don’t have the toughest dog in the world, but you at least want to give them an alpha dog name.

This will help make your pooch seem tough on the outside… even if they are a little shy on the inside!

These ideas are perfect for tiny dogs, such as Chihuahuas or Pomeranians, that always fail to intimidate because of their pint-sized stature.

If you want to make your dog seem intimidating before anyone meets them (because once someone does meet your little Pug named ‘Knuckles’, they will know that it’s harmless) this is the list for you!

Thunder
this is a great tough name for any dog that has a very loud bark! Thunder is pretty harmless, but it sounds loud and frightening.

From saving lives to driving cars, is there anything this ultra-intelligent four-legged creature cannot do?

The smartest dog breeds are:

However, other breeds that may not be as intelligent, are still super cool.

Our favorite is the Bedlington Terrier, which is so fluffy it almost looks like a lamb, and is incredibly zany and full of energy!

Zorro
the perfect tough dog name for a pooch with all black fur.

We hope you enjoyed this list of tough dog names!

Make sure, if you know anyone that has a passion for tough dog names, to send them this list and make them smile!

From Greek heroes and Gods to characters in the matrix, there is an endless amount of inspiration when it comes to the toughest names for your badass dog.

If you found a favorite from this list then we would love to know, make sure to leave us a comment.

Also, if you have a badass pooch whose name does not appear on this list, we would love to know that too.