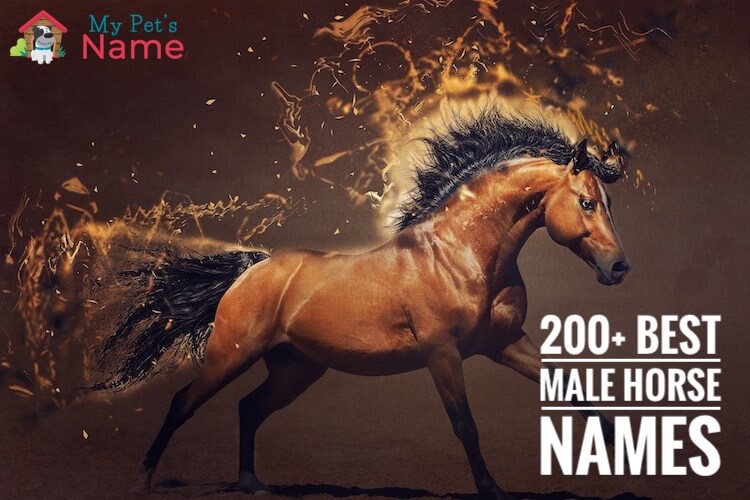 No matter if your Stallion is a successful racehorse, or just likes to trot around eating hay and carrots, we have some perfect male Horse names for him.

In this list of over 200 names for male horses, you will find a perfect moniker for any colt, stud, gelding or stallion you come across.

Estimates suggest that there are around 60 million horses in the world, so hopefully we’ve found some titles for a few of them!

We have galloped, canted and trotted to the end of each racecourse to find a stable-full of brilliant horse names that will never tire. 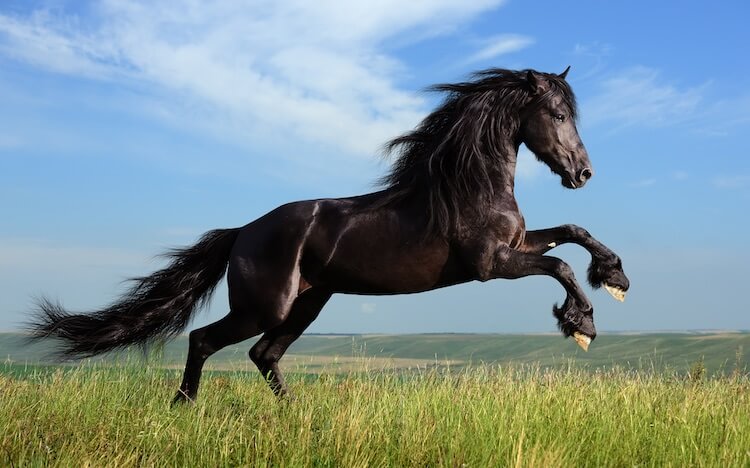 Scientists believe that the oldest known relative of the horse is an animal called an ‘Eohippus’ which lived approximately 50 million years ago.

Stallions are majestic creatures and they deserve timeless horse names which will last almost as long as they have been around.

There are more than 300 horse breeds in the world and, hopefully, we have a name that might fit every last one of them! 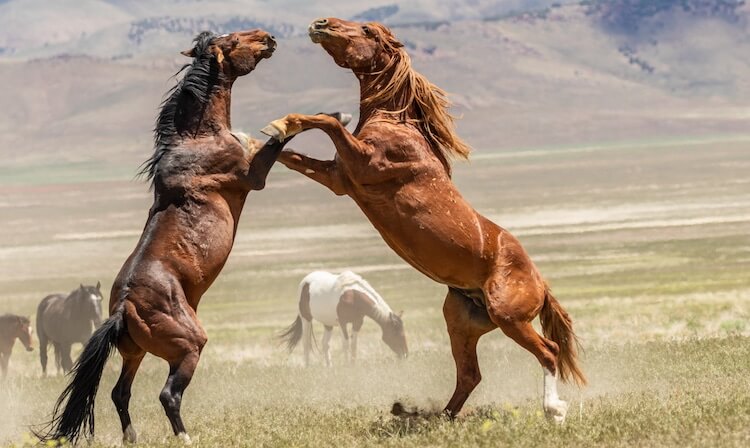 Stallions are amazing creatures; each one seems to be so unique and develops its own personality.

Male horses are often gentle towards humans, but they also take care of each other – in a group of horses, at least one will stay awake while the others sleep to look out for any danger!

If only humans could always be that kind to each other…

Check out some of these fantastic male horse names below: 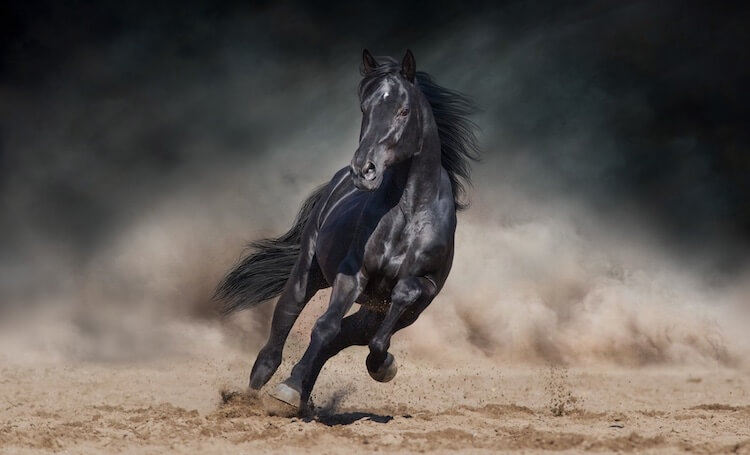 Horses have been domesticated for over 5000 years, which means we have had a long time to think of some great colt and horse names for them.

The fastest horse recorded was going at 55 mph, so clearly, they are very strong and powerful animals.

Colts can walk and even run a few hours after being born – is there anything these creatures cannot do!

A Horse’s teeth take up more space in their head than their brain, so whilst they can eat lots of hay at once, they may not be the smartest creatures around.

However, we have done the thinking for them and you by coming up with this list of strong male horse names for any colt or stallion alike. 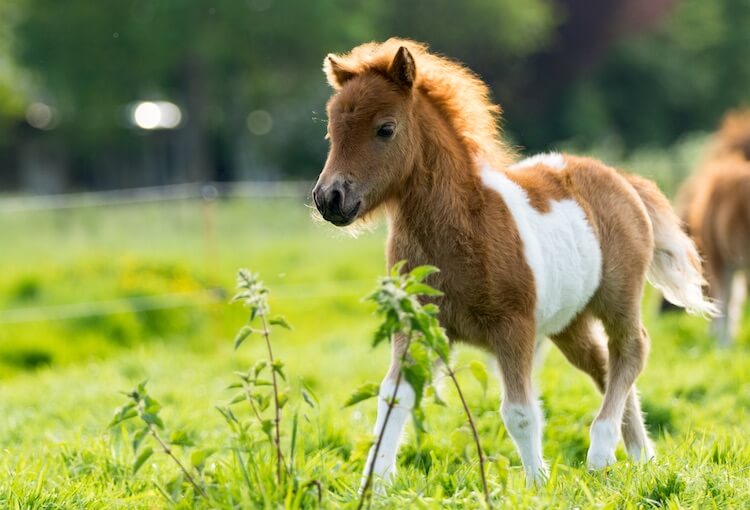 Did you know horses can sleep both standing up and lying down?!

That is a cool trick we wish we could do, maybe when you have to stand up on the train, bus or subway – although you’d have to be careful not to miss your stop!

Horses also are capable of nearly seeing 360 degrees at one time because their eyes are placed at the side of their head (in fact, they have the largest eyes of any land mammal).

They can do so many cool things that humans couldn’t even imagine, so they definitely deserve a cool name.

Although, there are some ways we are alike, horse hooves are made of the same protein that makes human hair and fingernails!

Quantum
A superb name for a male horse! Quantum is the minimum amount of any physical entity involved in an interaction in physics 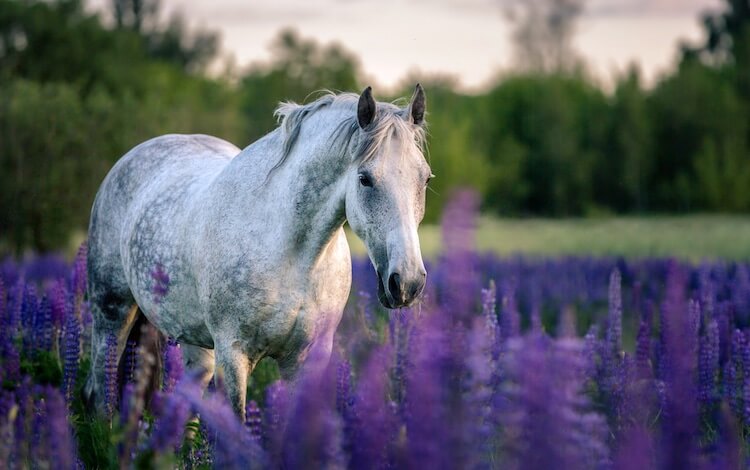 Did you know, the first cloned horse was a Haflinger mare in Italy in 2003.

You definitely need to give your horse a great name if there’s the possibility of cloning, and another horse being called that.

We’re only joking, and it’s unlikely that your horse will ever be cloned, however we weren’t joking about the importance of a good name!

One horse breed that is likely to always be white, or black and white, is a ‘zebroid’, which is a zebra and a donkey bred together.

Zebras can also mate with donkeys and make ‘zonkeys’.

Whilst these may sound like fictional species from a sci-fi movie, here is a list of names for any white stallion! 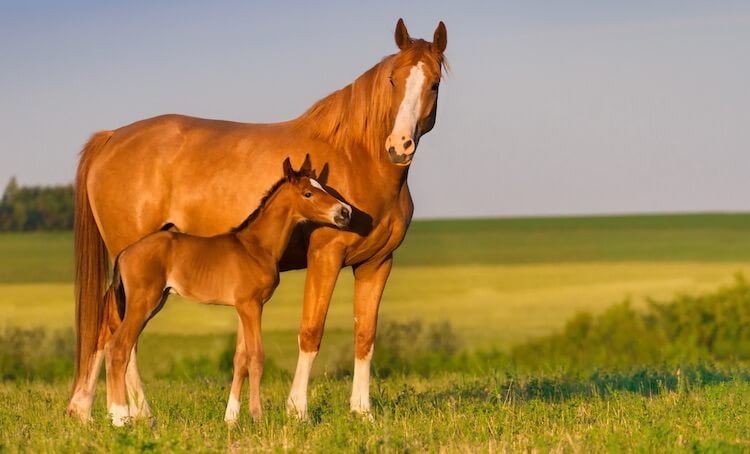 Horses use their eyes, ears and nostrils to express their mood.

Hopefully, when naming your horse, you will see a happy expression from them rather than a disapproving one!

Horses even ‘speak’ to one another through whinnying and neighing sounds!

The US horse industry has an economic effect of around $40 billion annually, so it’s very important to give your gelding a good name with a significant meaning.

You never know, these male horse names may come in handy for the next race you go to – the winner could be right here amongst all these titles.

If you know someone else who is a horse enthusiast like us, then be sure to send this list of titles to them.

Don’t forget to leave us a comment telling us your favorite choice or any we might have missed!

Most Popular 425 Horse Names & Meanings For Your Stallion Or Mare

With over 425 horse names to choose from, it’s time to saddle up and find the perfect name for your Stallion, Mare, Racehorse or Pony. Their beauty, strength, agility and compassion sets horses apart from all other mammals. We believe (Read more… )