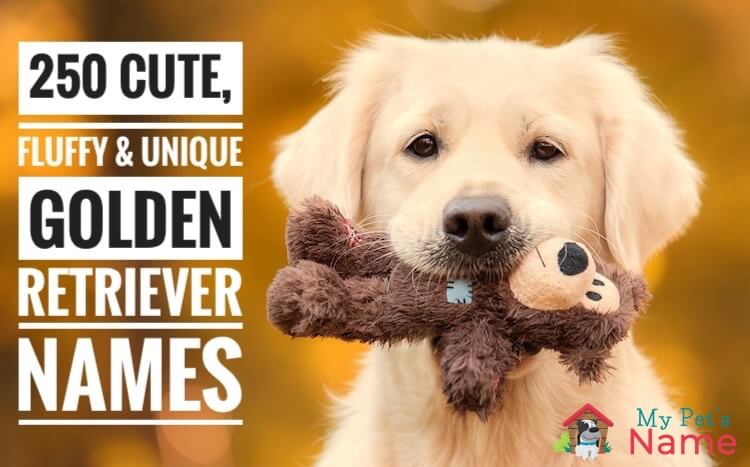 Golden Retrievers are big, fluffy, and loveable. If you are lucky enough to own one of these majestic dogs, then you will be searching for Golden Retriever names.

These happy-go-lucky furballs are known for their beautiful golden coat that makes up half of their name.

Golden Retrievers are cheerful and can always bring a smile to anyone’s face, whether they are a die-hard dog lover or not.

So, we decided to produce a list of 101 Golden Retriever names for you to choose from: puppy names, boy names, girl names, and monikers inspired by the gorgeous fiery yellow-golden colors; we’ve got them all! 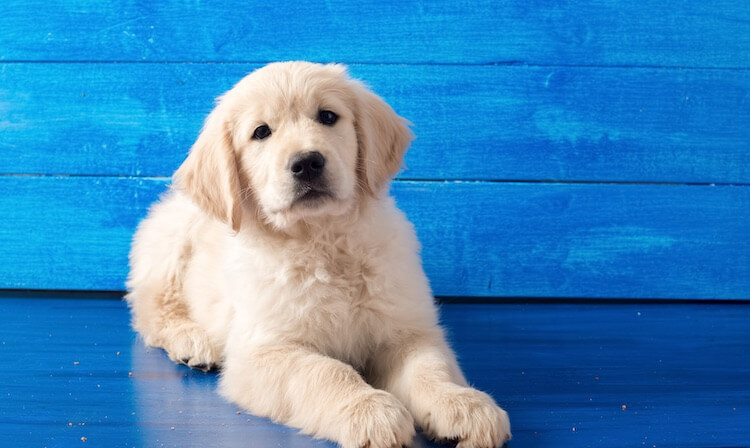 Did you know that Golden Retrievers used to be gun dogs?

They were bred to retrieve waterfowl during hunting, and so they earned the name ‘retrievers’.

More recently, they are being used as family pets, who are known for being happy, loyal, and caring.

Show these kind and warm-hearted dogs that you care for them, as much as they do for you, and give them a fantastic name, and you will have a loyal dog for life.

We have an abundance of cute, funny and sometimes silly names that would be perfect for your cheerful, jolly puppy.

Most of these names are yellow or golden-themed to match the beautiful warmth of your dog’s fur.

Buttercup
a pretty, bright yellow flower. It is commonly believed by children that holding this flower to your chin shows if you like butter, but unsurprisingly, this is not scientifically correct. 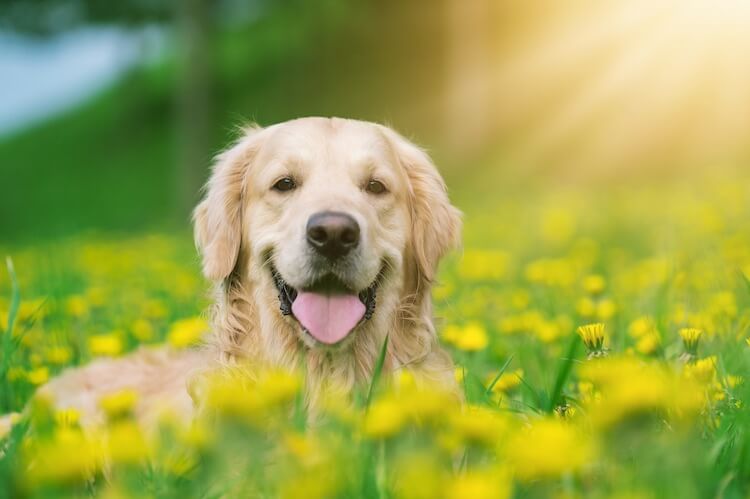 These dogs first appeared in the mid-nineteenth century in Scotland, but to make them better at retrieving they were bred with the Water Spaniel.

This makes them pretty unique!

To honour their hunting heritage, we’ve included a few unique Scottish names that would make any pure-blooded Scotsman proud.

It is unlikely you’ll come across any other Golden Retriever with any of these distinctive names.

If that’s because no one else is weird enough to name their dog ‘Taxi’, then that’s up for you to decide! These names are weird, wacky and wonderful, and are perfect for any zany four-legged furball you may have.

Banana
name your golden pup after this bright yellow fruit. 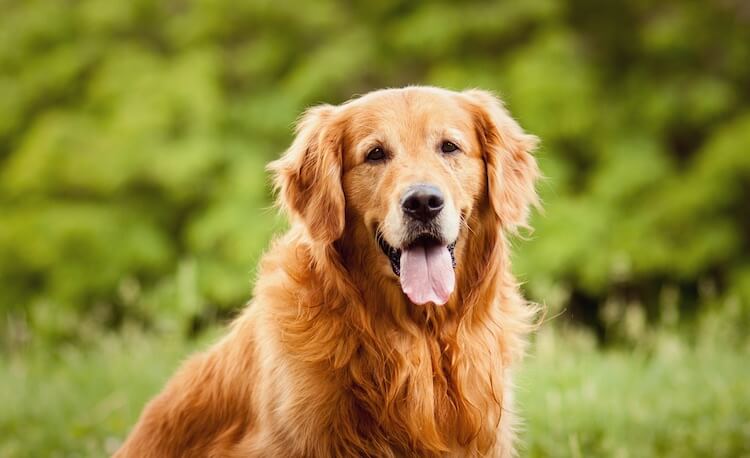 Being a diligent retriever is something that other dogs just couldn’t do (we’re looking at you Chihuahuas).

Perhaps these talents come from their large mouths, which contributes to their happy faces and wide smiles.

The most tennis balls held in a dog’s mouth was won by a Golden Retriever named Augie, who held five tennis balls in his mouth at one time!

These are the best Golden Retriever names in honor of this loveable dog breed.

Simba
one of the main characters in Disney’s The Lion King. He is a golden lion that ‘just can’t wait to be king’! 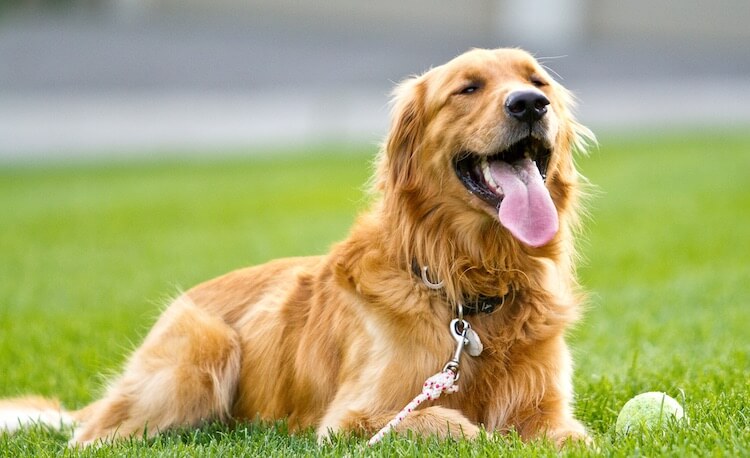 Golden Retrievers are a dog breed loved by everyone. In fact, they are the third most popular breed in the USA.

That’s why it’s of the utmost importance that you give one of these pups the best Golden Retriever name imaginable.

We have a wide array of fantastic names for a Golden Retriever.

Any one of these names would make someone smile out of sheer delight. If you came across a gold furball named ‘Smiley’, try telling us you wouldn’t die from cuteness?!

Goldilocks
for a dog that is a fan of porridge and beds that are just right. 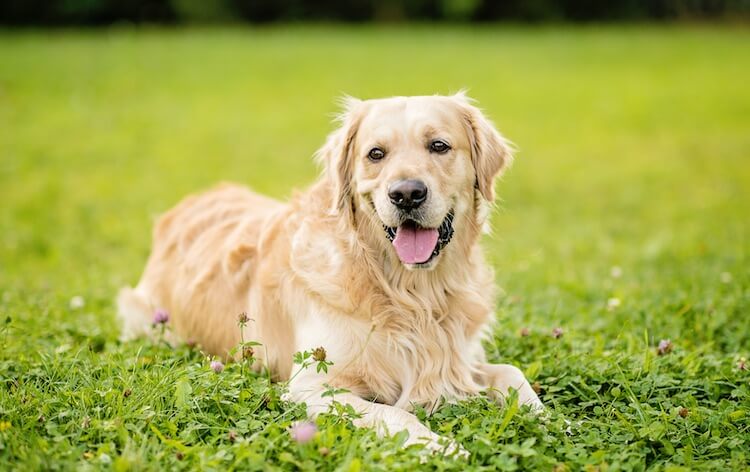 Whilst we can often get side-tracked by a Golden Retriever’s cuteness, let’s not forget about all their special talents that make them one of the most loved dog breeds.

Holding 5 tennis balls is a feat, but we’re not sure how useful it is on a day-to-day basis.

However, aside from being gun dogs, Golden Retrievers are also well-loved by the police; they often appear in police units to detect drugs, because they have such an amazing sense of smell.

So not only are these dogs cute, they can solve crimes and bust criminals. Give these hard-working dogs a cute name to show them how much they are loved.

Sunshine
a warm, fiery name for a loving and adorable puppy. 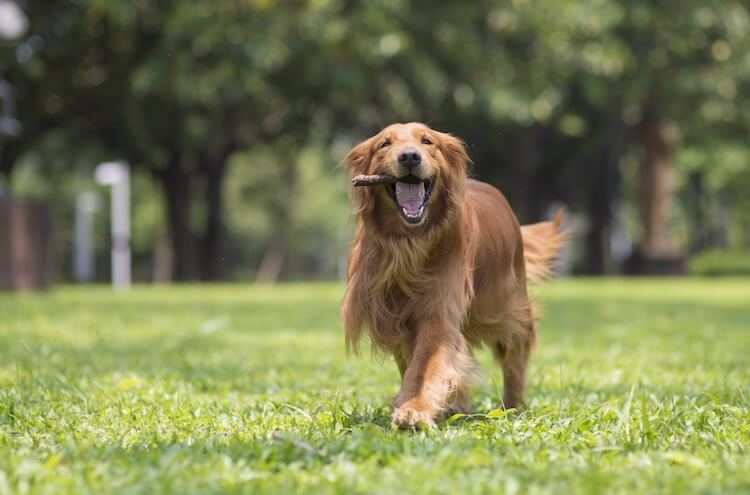 Golden Retrievers have a lifespan of around 10-12 years.

This means that you should give them a name that you will still love in years to come.

Pick a timeless name that you will always cherish, and that will make you smile from the day you get your dog to its twelfth birthday.

Hopefully, this list of names should help you in picking something great for your Retriever.

Butter
a light yellow spread that is also often used in cooking.

We hoped you loved our list of over 100 Golden Retriever names almost as much as you love the dogs themselves.

Maybe you know someone who loves these beautiful, majestic golden dogs as much as us (and the rest of the world), then send them this list and you’ll hopefully make their day!

If you had a particular favorite name, then be sure to tell us in the comments, and also let us know any other Golden Retriever names you might know of in the comment section below.