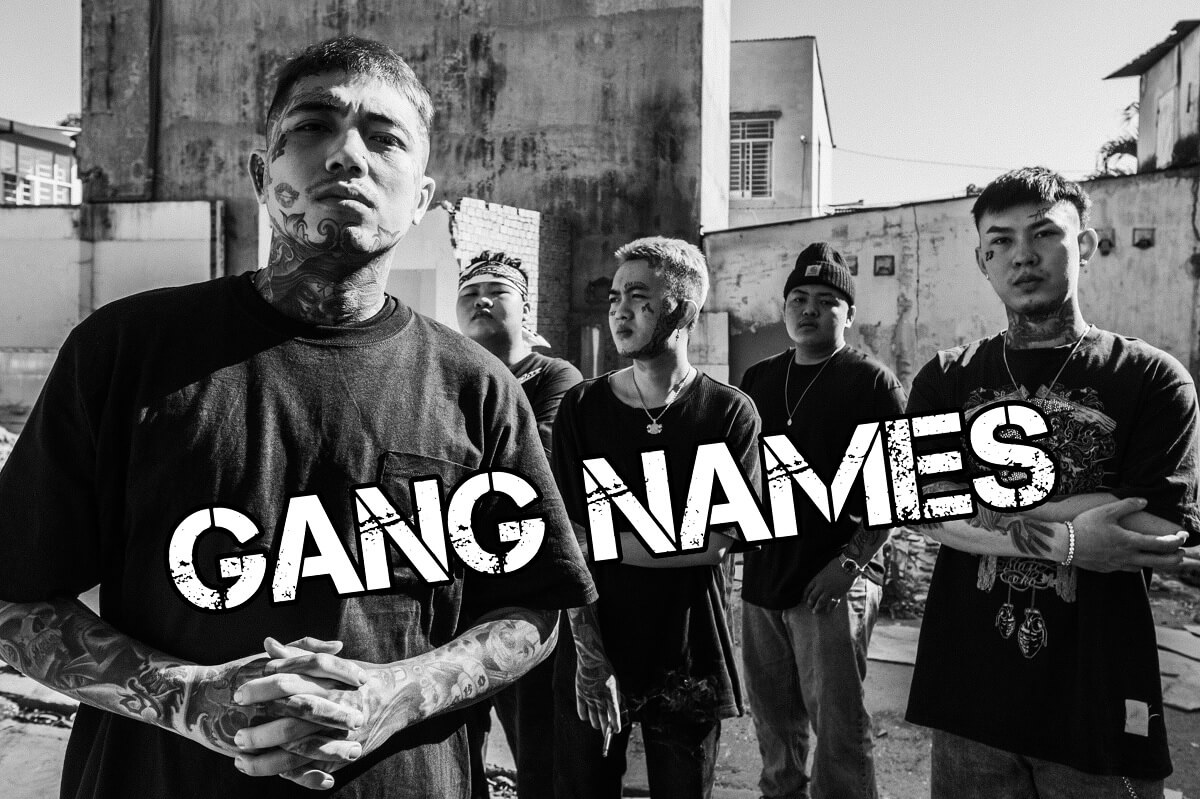 Are you in a gang? Do you want to start a gang? Or just curious about gang names? This resource has it all, plus the best gang name generators around!

Skip to the Gang Name Generator!

Choosing a name for your gang is definitely not an easy task, but we can help you select one from our list of badass names.

Every team or gang needs an identity, and that is why it’s crucial to pick a name that resonates with everyone on the team.

So if you are looking for out-of-the-world gangster names, we have just what you need! Have a look at our collection of names and pick one that suits your gang. 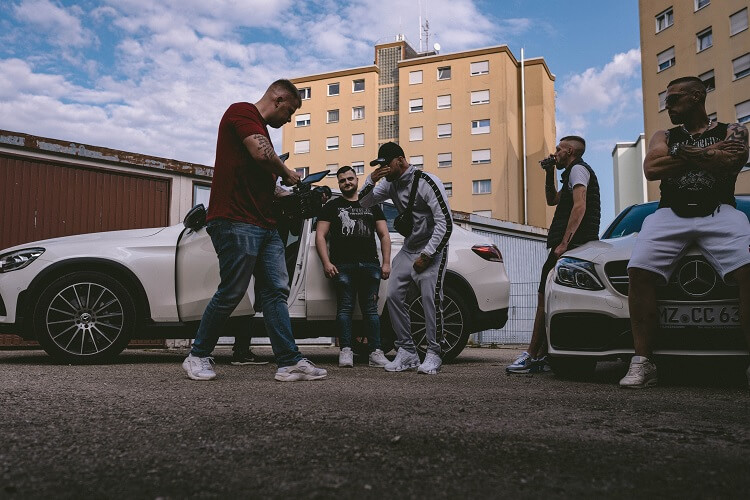 Gangs are a way for youngsters to connect with a group. Some may have common interests like a neighborhood membership, school affiliation, or ethnic background.

We know choosing the right name can be hard, but once you settle on a good one, make sure to make it stick. Look for a name that reflects your group’s interests and personality.

Take a look at these super cool thug names that we have listed for you.

Are you having a hard time selecting a good name for your gang? Don’t worry because we have got you covered!

We have brought together a list of names that will help your gang’s brainstorming session. Either pick the one you like or create something of your own!

The sound of a rumbling engine combined with the style of an amazing bike, we love bikers, motorcycles, and everything in between.

Here we will share some catchy and powerful names that are perfect for biker groups.

Can the discussion of gangs ever be complete without mentioning Mexican gangs? Known for their unique and cool names, these gangs are notoriously famous.

Do you want a gangster name that is inspired by Mexican gangs? Let’s dive right in and discover which name is right for you.

Are you a West Side Story fan? If yes, then how about we suggest some original West Side names for your gang?

Based on the rivalry between a Puerto Rican gang and the other made up of American boys, it is the story of their lives and how the enmity between the gangs escalates.

Now that you know the plot of the story, we are sure you want to be a part of the West Side gang! Dive into our list of gangster names that are inspired by the West Side Story.

You never know which one strikes you as “the One.”

Are you a group that loves a good laugh? Do you refuse to take yourself too seriously?

Everyone loves a good laugh. It makes us forget our troubles and focus on the good things in life.

If you and your gang love to do things that are different, then this list of funny names is for you all! We are sure you will find inspiration for your hilarious crew’s name.

Mobsters that are part of mafias get their nicknames from reporters, friends, or cops. From “Cadillac Frank” to “Ice Prick Willie,” there are so many unique names that you can take inspiration from.

So if you are looking for a name that reminds every one of the ominous mafias and mobsters, you can go through our list of mafia names to add a touch of originality to your gangster name.

Here is a list full of badass mafia names that might be just what you were looking for. 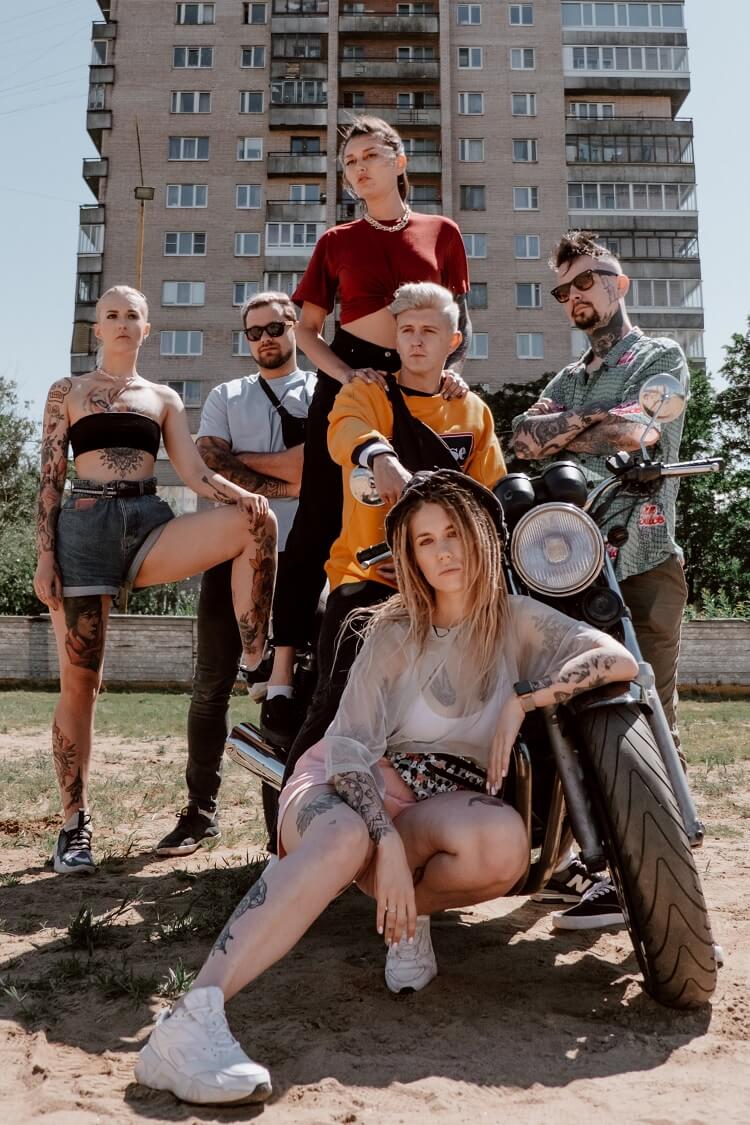 What are the names that come to your mind when you think of gangsters? Baby Face Nelson? Pretty Boy Floyd? Bugsy Siegel? Or Machine Gun Kelly.

Did you notice how each gangster’s name is much more than just a plain name like Nelson, Floyd, or Kelly?

This characteristic sets gangster names apart from ordinary ones. Each name has something different and peculiar that makes it memorable.

That’s exactly what you should look for in a name for your gang. Take a look at the list of names that we have brought together for you.

Each name is more peculiar than the previous one! So let’s dive right in.

What is a gang without its members? A sad gang!

Now that we have covered different kinds of gang and gangster names, it’s only fair to discuss gang member names.

Think about the member you want to name, their personality, physique, ethnicity, and looks. If your friend is Mexican, maybe a Hispanic name would suit them better.

Here is a list of gang member names for you to consider.

If you think the process of giving someone a nickname is easy, think again. A nickname is one that suits a person’s personality, specialty, and behavior.

Now that you are searching for a nickname for your gang, you should think about your members and decide which nickname would suit them best.

However, here is our list of truly badass gang nicknames to give you some ideas and inspiration!

You know, the best way to come up with a good nickname is to call the members of your gang and ask them which nickname suits you the most. We are sure some of them might already have nicknames for you that they keep to themselves. Why don’t you ask them and find out the answer?

When you all discuss and come up with names together, the process will make you feel more like a brotherhood and make the nicknames meaningful.

So, while you call your friends over, go through our list of names to get some ideas.

There is no reason why boys should have all the fun in gangsters nicknames? Let’s not forget the notorious female gangsters Ma Barker, Virginia Hill, Griselda Blanco, and Sister Ping.

When these mobsters could do everything and more than their male counterparts, it comes as no surprise that there are many girl gangster names for you to choose from.

Here is our list of some of the fiercest nicknames for girls.

When you live in a hood, you need a nickname that is unique from others. It becomes your identity and a way for you to express your feelings.

Hood nicknames are quirky, different, but fun and people often struggle to find a humorous way to describe themselves.

Lucky for you, our list of hood nicknames are original, funny, and catchy.

Just the word “thug” sounds so badass, so it’s only fair for this list to be extra badass.

When you pick a thug name, make sure it is memorable and suits the thug’s personality. For example, if you have a gang member who can mimic the sound of a wolf perfectly, his gang could be called “The Wolf Pack.”

Who doesn’t know the infamous L.A street gangs, the Bloods! Primarily known for their rivalry with the Crips, the gang members wear the color red and use gang symbols to identify themselves.

Do you find their history interesting? Or do you want to make your little gang look a little serious?

Whatever your reason may be, we have put together a list of gang names inspired by the Blood gang to help you pick one. 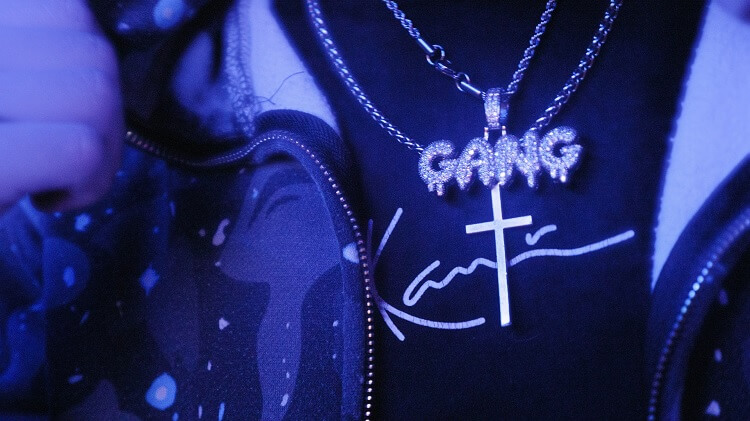 How Do Gangsters Get Their Nicknames?

Considering the nicknames that some famous gangsters have been given makes us wonder how they get these uniquely disturbing names. There are several ways a mobster earns his nickname.

It could be a representation of his appearance, past experiences, personal traits, where he comes from, or the corruption of his real name.

Many times gangsters don’t even know where their name originated from. Once a Montreal gangster was asked why he called another gangster by his nickname.

He replied saying that that’s how he was introduced to me, without having any idea how the nickname came to be.

What are the Most Famous Gangs?

There are several gangs that are very famous around the world.

Which Gang is Stronger, Bloods or Crips?

It all began in the 1970s when the Crips gang bought together different street gangs to form a federation, rising in power and control. However, several small gangs in Los Angeles refused to join, eventually forming their own gang for mutual protection. They called themselves the Bloods.

In general, the Bloods are known for being more violent, while the Crips are more organized and have better networks.

If we judge both the gangs based on the number of their members, the Crip gang has been around longer and has amassed a large number of members and followers. Since the Bloods have always been outnumbered by the Crips, they became more violent than their competition to assert greater power and control.

Who is the Baddest Gangster of All Time?

History is witness to many badass gangsters, but we think out of all the bad guys, probably the worst one (or best one, depending on your view) is Al Capone.

Not only is Al Capone the most notorious gangster of all time, but he is also one of the richest! At the time of prohibition, he controlled gambling rackets, illegal alcohol, and prostitution in Chicago.

His illegal business brought in a whopping $100 million a year at its prime – that allowed him to bribe police, judges, and even the Mayor of Chicago!

However, his power and money fell short when the IRS convicted him in 1932 for tax evasion, and he was sent to prison for 11 years.

So, it just goes to show; always pay your taxes. (And tax avoidance is okay, just not tax evasion!)