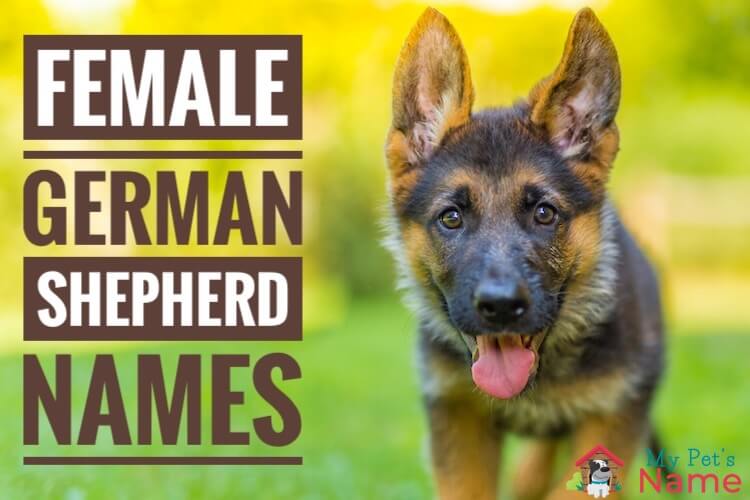 Finding that perfect name for any dog might seem like a difficult task, as you can often feel bombarded by so many options that you don’t know where to start.

If you are having trouble landing on that perfect title, we are here to help!

We have produced a 120+ cute, quirky and bold female German Shepherd names for any GSD breed, so we hope you find one in our list that ticks all your boxes. 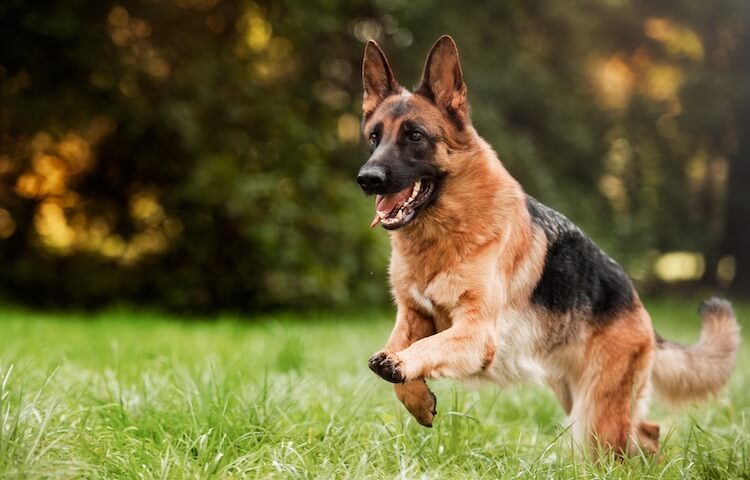 We love names that start with the same letter as the breed of dog, as alliteration always sounds good and glides smoothly off the tongue.

Before you start looking for that perfect title, make sure you find out everything about your German Shepherd.

From her appearance, patterns and color of fur, to her personality and temperament, as all of these attributes can help you find the special title that suits her and shows off her best qualities. 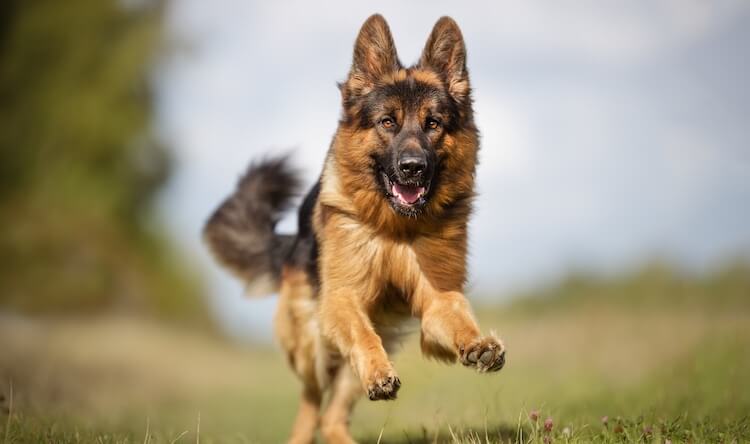 German Shepherd dogs are renowned for their strength and resilience; therefore, they need a badass name to bring out this powerful side.

Finding a strong moniker is easy if you know where to look, so make sure to use this list as inspiration.

Look for words which sound strong and fiery, but that also have bold and powerful meanings to match!

Gods from Greek mythology and ancient times are always strong and powerful, so look through lists of heroines and Goddesses for inspiration. 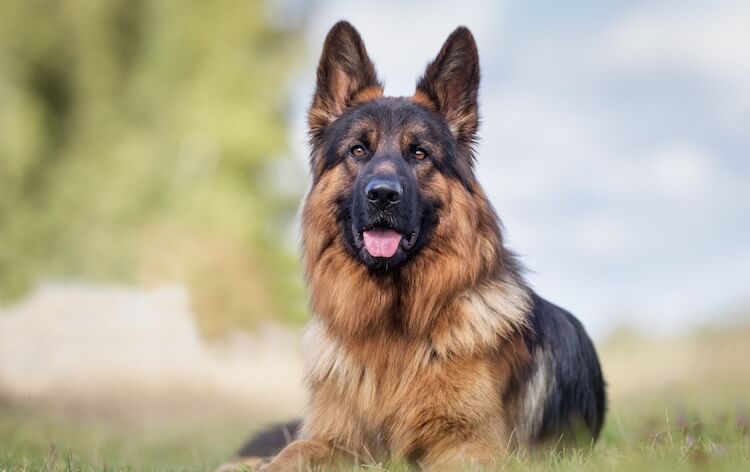 The best names for female German Shepherds recognize where these amazing dogs originate from; Germany!

We have compiled twenty of our favorites which sound great, and have beautiful and varied meanings, and we hope there’s one in this list for your dog too.

German dog names can be found everywhere, from names of car companies, to German foods and German movie stars – good luck with finding that perfect one for your pooch. 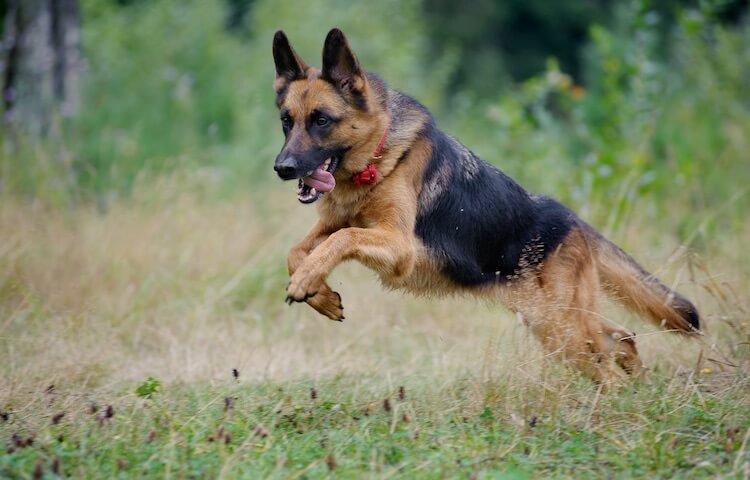 The cutest Shepherd dogs need the cutest names ever to showcase just what makes them so adorable!

Whether your German Shepherd puppy looks adorable, or has an adorable personality, we believe these monikers are perfect for every cute dog around!

We decided to choose a range of cute ideas, including names from films, different languages, and flowers to create the most adorable list ever… we hope you agree.

Hibiscus
after the state flower of Hawaii 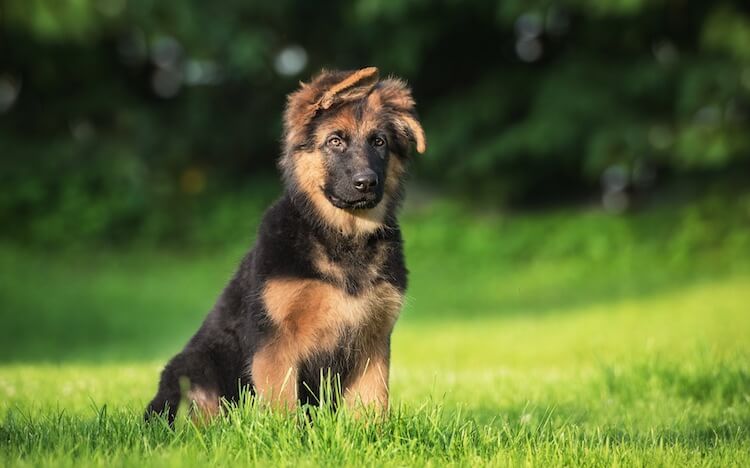 Whether it is for her fun personality or beautiful patterns and colors, if your female GSD stands out from the crowd, she deserves an equally unique name.

Unique female German Shepherd names will showcase her quirky qualities and are some of the easiest words to think up… as most things go, the funkier the better!

Just look around you and find objects and things that could be made into a moniker.

The best ones also have cool meanings to match, so research the meanings behind your favorite quirky namesakes and make sure they have equally quirky meanings too. 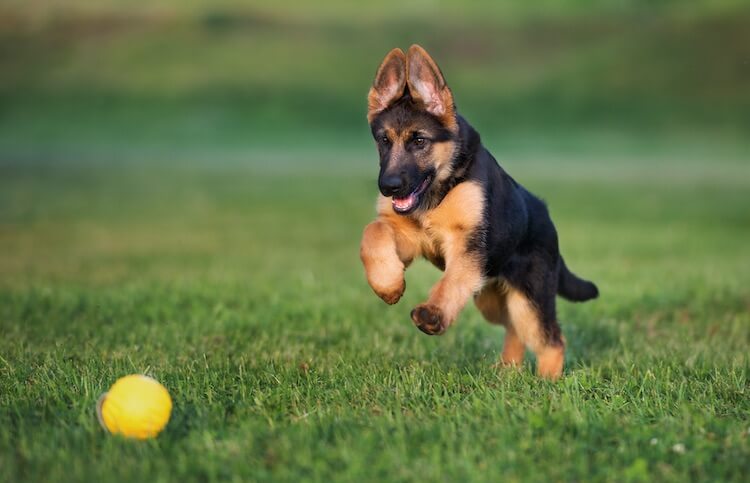 We have put together loads of Female German Shepherd puppy names that we think will suit all kinds of Shepherd puppies.

Whether your puppy is chilled-out and serene, or excitable and energetic, we hope there’s a title for her in this list.

Shortening names, by finding shorter versions of longer names, is always a great idea for naming a puppy, as these adorable and tiny animals definitely suit shorter and sweeter names.

Once you get to know all the amazing qualities your puppy possesses, finding that special moniker will be much easier, so take time to play and engage with your puppy before naming them.

Biscuit
an adorable and popular puppy name after the sweet treat and everyone’s favorite snack!

That concludes our list of brilliant Female German Shepherd dog names, we hope you enjoyed exploring our ideas, learning some new titles and picking your favorites!

Whether it was the adorable ‘Dizzy’, the badass ‘Katniss’ or the unique ‘Oana’ that had you woofing with joy, we hope it suits your female German Shepherd puppy and brings out the best qualities possessed by your special pet.

If you didn’t quite come across that perfect one, keep researching and experimenting, whilst asking friends and family for inspiration to help you on the road to finding it.

If you have any more ideas for Female German Shepherd dog names that we may have missed, please leave them in the comments below.