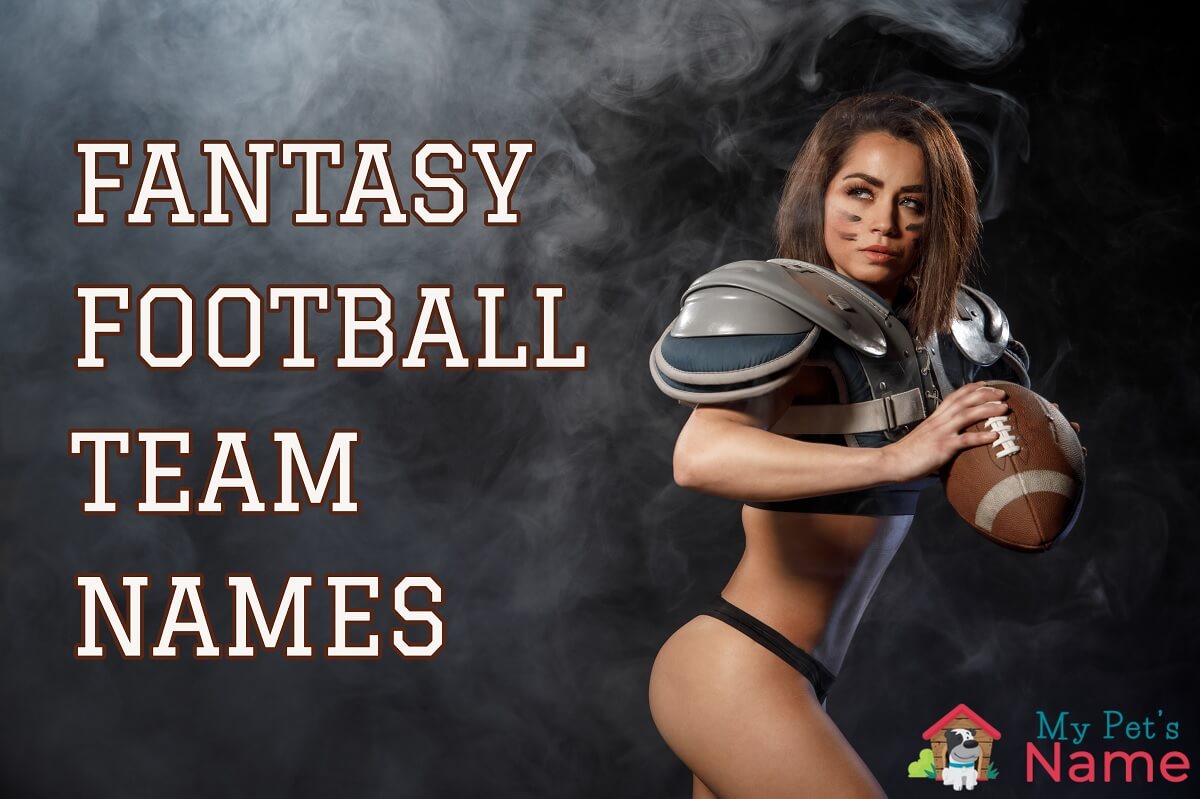 Comedy Fantasy Football Team Names for 2022 is a collection of the best and funniest team names for fans of FF tournaments and leagues.

The most important part of playing fantasy football is coming up with creative and comedic team names, right? Okay, well, maybe not, but it sure makes checking the rankings more fun!

Skip to the Name Generator!

While every season, most of us find ourselves sitting in front of a Fantasy Football League app, scratching our heads over every decision, what good does it do if we don’t have some funny fantasy football names?

The best fantasy football names don’t have to be funny. But you should at least have a name that will live forever on your league’s trophy.

Perhaps you are a long-term fantasy football fanatic. Or maybe you are contemplating taking your first dip in the draft for this year’s season.

Either way, with more and more clever fantasy football names popping up every single day, it only makes sense to stay on top of your naming game for the 2022 season.

Name Generator
FF Team Names
Funny Names
The Best Names
Dirty & Inappropriate Names
Clever Names
Names When Losing
FF Team Names Through the Years
From 2021
From 2020
From 2019
FAQ
How do I pick a name?
How do I create my team name? 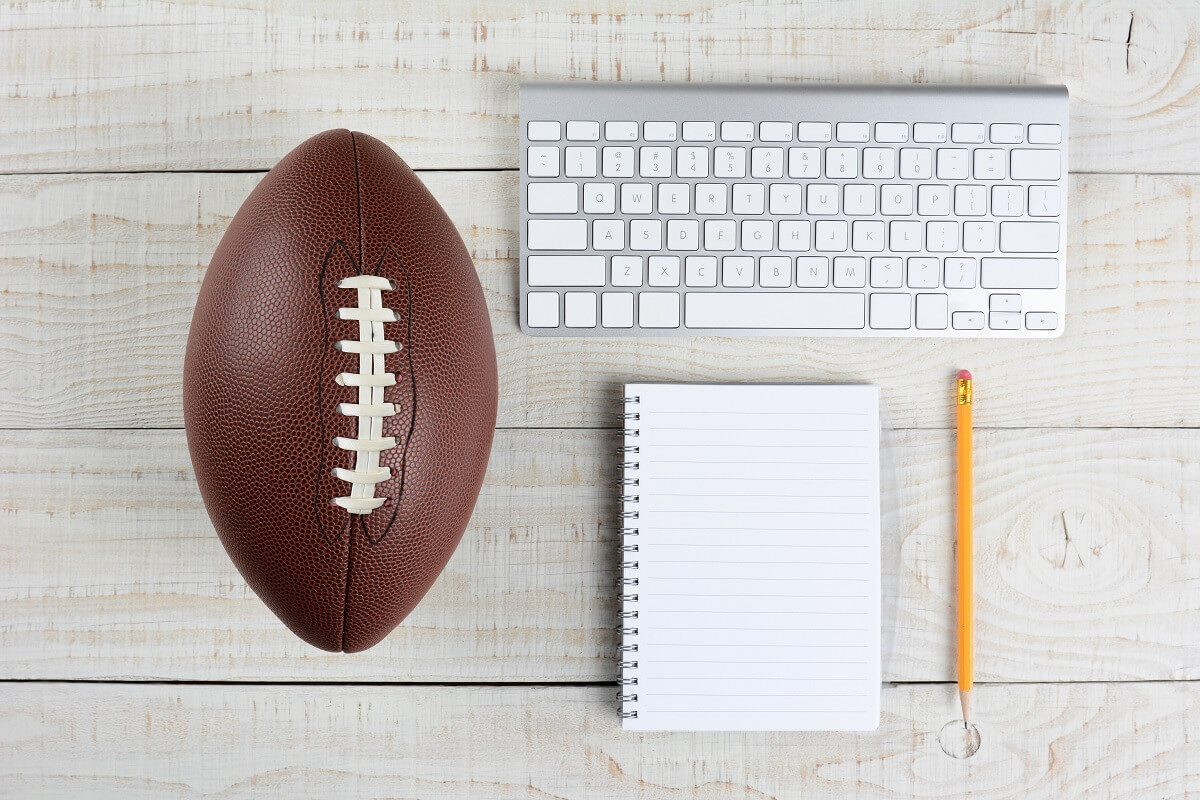 When it comes to picking team names, there are several different types of fantasy managers who make their choices.

For example, there’s your “loyalist.” This manager will always name their team the same every season no matter what. The name means something to them and no amount of potential brownie points amongst friends or colleagues will change that.

Then there is the “joker.” This manager comes with the funniest and sometimes inappropriate team names every season. Their work often gets them well-deserved recognition amongst their peers.
Often, their funny fantasy football names are their only achievement, though, because you won’t see them log in after Game week 1.

Then some are super dedicated to naming teams. Their fantasy football team name may be the most important thing in the world to them. They need to come up with something original and quirky and will dedicate the time to do so.

No matter what category you fall in, there is always a name for every type of manager and we’re more than happy to bring you those names!

Coming up with a funny fantasy football name is half the fun on draft day.

From witty team names based on your MVP to downright dirty names that take a dig at other players in the league, the opportunities to come up with clever fantasy football names are seemingly endless.

But if you are feeling stuck on what to name your fantasy team, there’s no need to panic. As long as you’ve packed your team bench with the best picks in the draft that you can possibly manage, we can help you with the rest.

So, get a hold of your roster and read on below to get the best of funny fantasy football team names.

Every season is a time for people across the U.S. to put their thinking caps on and think of the best fantasy football names that they can come up with. And rightfully so.

The name you choose is going to stick with your fantasy team for the rest of the season. So, you need to make the best potential choice.

Whether you want to use a pun in your team’s name or just want to go for something classic and timeless, there is no limit to what you can think up and use when it comes to interesting football team names.

You can even take after your favorite players and name your team after them. The possibilities are endless!

Coming up with a slightly crude or dirty fantasy football name is a must-have for teams that want to stand out in the league. Depending on the players in your fantasy football league, there is quite a bit of wiggle room for you to be naughty with your creativity.

Of course, some rules apply, and keeping within the bounds of common decency is a given. However, you can still get pretty inappropriate with your team names.

To make things easier for you, we have done a bit of leg work and created a list of, what we feel, are some of the most funnily inappropriate naming options. You can either use them as is or take them as inspiration for your original name.

When looking for funny fantasy football team names, you can simply never go wrong with a little bit of clever play on words.

Adding a sense of wit always makes you stand out. Taking after famous expressions or sayings and inspiring your team’s name after them can be a great option. A useful tip is to explore your choices. Make a list and condense the options from there.

But if you’re too busy (or lazy) to get it going, quench your thirst for clever fantasy football names by going through the list below.

You sign up to play the game, select your fantasy squad, design a kit, and then you are hit with the dreaded team name screen! What do you do?

We have all been there. At one point or another, most of us have spent far longer than is healthy trying to think of a football-related pun to draw a laugh or two from the league.

Of course, we are here to save you time and energy. If you can’t top your league in any other way, you might as well do it by giving your team the best name.

Nowadays, it’s all about having the funniest and punniest possible name. So, we thought we’d throw some ideas your way and see if anything sticks. Have a look! 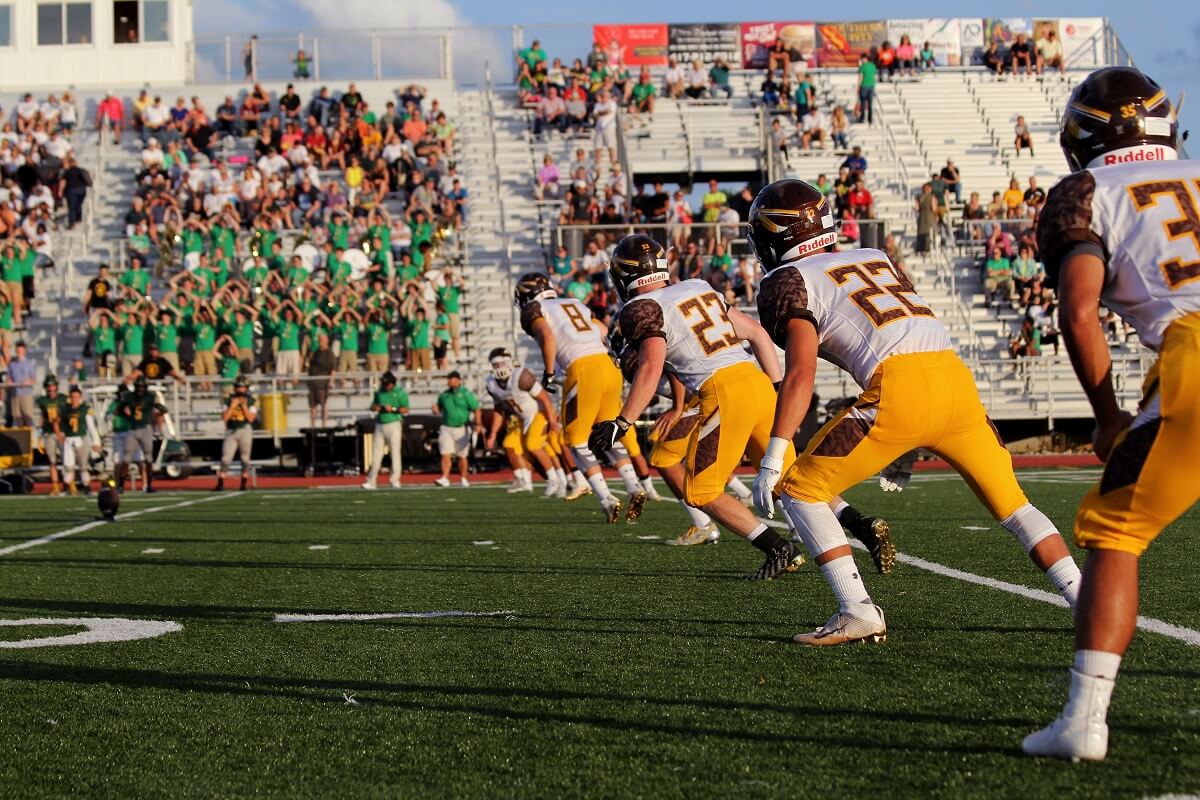 Every year comes with a new set of strange and interesting events. Depending on their level of wit, many fantasy managers take this as an opportunity to name their teams around those happenings.

Team names for fantasy football can either be incredibly fun or painfully awkward.

But people who take advantage of current events and make a punny league name out of them always seem at least 10 times cooler than those of us who end up not taking full advantage of the opportunity.

How Do You Pick Your Fantasy Football Team Name?

Typically, a fantasy team name is built up around some form of a draft. Managers pick their favorite players and once a player has been picked, they cannot be selected by any other team in the league.

Many times, managers take inspiration from their team members and choose a fantasy football name after them. There are, however, an endless number of other ways for names to be chosen.

You can have some fun and pick a team name that trolls a member in your league. This will likely start a rivalry and add fire to the competition. Oftentimes, people also use a play on words or go for a name that represents a common theme in their league.

There are some clever fantasy football names that make use of all these factors, such as Russel Mania, Legion of Boom, Hot Chubb Time Machine, and Natural Born Kylers.

How Do You Create a Fantasy League Name?

Fantasy football names are an important decision that will stick with you for the entirety of the season. So, they are nothing to be taken lightly.

When creating a fantasy league name, it is perhaps a good practice to close your eyes and envision the end of the season with a league trophy. It will have your name permanently written on it. So, how do you want to be remembered?

There are a few components that go into creating fantasy football team names. For example, a creative play on words is always a great choice. You can also use nicknames or choose a moniker based on a popular player.

Many times, people use innuendos with an appropriate amount of sexual connotation that can often be hilarious.

However, there is always a difference between being entertaining and being offensive. It is important to know it before you choose a potentially PG-13 rated name.

Funny Team Names – Be Unforgettable With These Funny Group Names

Funny team names make your team memorable. To help, we’ve got the funniest monikers we could dig up, from “And in First Place” to “Zipper’s Open!” Are you tired of hearing the same team names over and over again? If (Read more… )