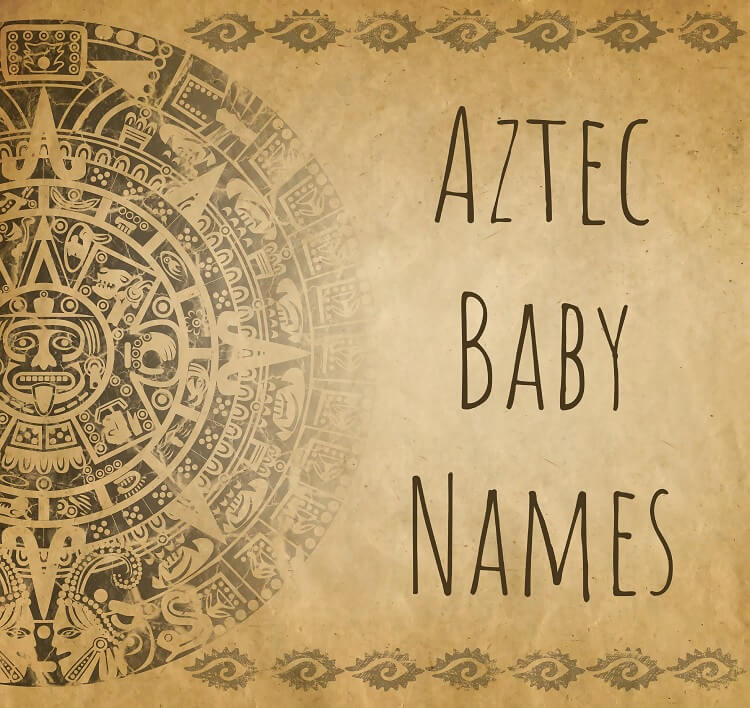 You can probably think back to your history classroom, learning about the various dominant civilizations that lived in Mesoamerica, including the Aztecs… Yet not many of us are overly familiar with the rich historical background associated with the extraordinary Aztec tribe or its cultural implications.

The Aztecs were a Native American group of Nahuatl-speaking people. The tribe had people migrating from Aztlan, a place we – us modern-day folk – now know as Mexico.
Probably the best-known members of the Aztecs are the Nahua people – a tribe that still exists in central Mexico.

Fascinatingly, the Nahua people still follow the linguistic practices of the Aztecs from centuries ago, including their usage of traditional Aztec names.

Now, we know how much everyone loves taking naming inspiration from different cultures, with so many people opting for cute Japanese names, while others take a different approach.

This is why we have put together this piece, not only to provide a list of 150+ unique indigenous Mexican names but to also provide you with a brief background on the great Aztec Empire too!

How to Pronounce Aztec Names

The language spoken by the Aztecs is known as Náhuatl. It is still used by a million or so people in regions of Mexico.

Náhuatl is pronounced differently, depending upon the region it is being spoken in. Usually, the pronunciation resembles that of Spanish, however, there are a few exceptions here and there.

For example, “LL” is pronounced like a long L – something that is not done in Spanish.
One thing that Classical Nahuatl is most notable for is its use of the “TL” sound. The “TL” counts as a single consonant, not a full syllable. Northern and central Aztecs retain this sound.

However, in some dialects, the “TL” is pronounced simply as “T.” This is mostly true for Eastern Aztec dialects, where Nahuatl is instead pronounced as Nahuat.

For people with Western dialects, the word Nahuatl is pronounced as Nahual, with the “L” replacing “TL.”

Overall, the classical Aztec language uses a set of 15 consonants, distinguishing between long and short vowels. The language also makes frequent use of prefixes, suffixes, and the doubling of syllables.

Below is a table summing up the above-mentioned Aztec pronunciations along with some additional common pronunciation differences between English and Aztec styles of speaking.

Why Are Aztec Names So Special? 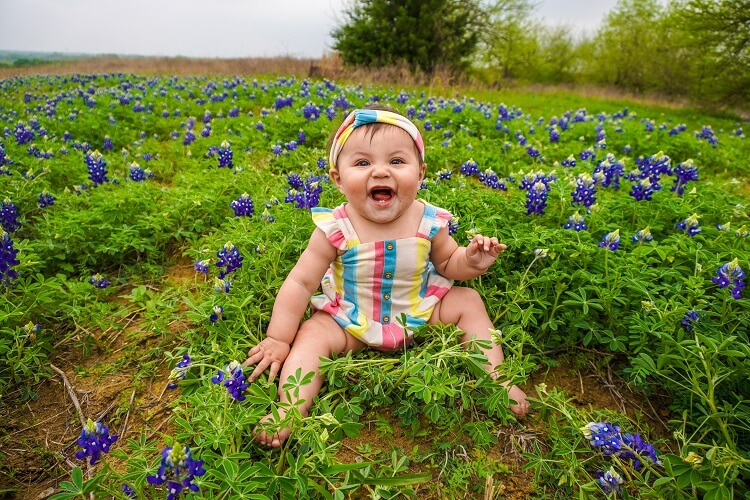 The Aztecs were a diverse group of people. Their civilization was made up of a multitude of different tribes and ethnicities.

As such, each tribe added a touch of creativity into the way their children were named. This brought a ton of variance across Aztec baby names, whether they were for girls, boys, or both.

Kids were assigned their names based on all sorts of different things such as nature, religion, warriors, animals, universal elements, or even something in the night sky.

Traditional Aztec names are still some of the most beautiful and creative names that stand out from the rest due to their distinctiveness and how rich their meanings can be.

Thanks to being a mixed bag of ethnicities, there is no shortage of unique and interesting names that the Aztecs came up with – two qualities that everyone looks for when trying to think of the perfect name.

Maybe you are searching for the perfect name for your newborn. Or maybe you just want to give your little puppy a unique pet name. Whatever it is that you are looking for, there is a very high possibility that you will find it in the multitude of deep and meaningful names mentioned below.

These names are historically rich and have a sense of thoughtfulness attached to them.

Names That are Gender Neutral 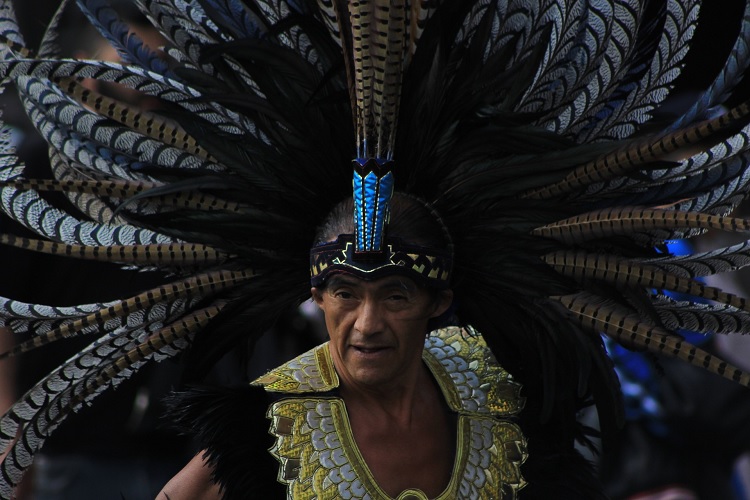 The naming system of the Aztecs is something that has long been valued amongst its people since the very inception of their civilization.

For the most part, in the Aztec culture, it was a tradition that the names given to a newborn – or anyone, for that matter – had a sense of meaning and purpose behind it.

Any name given to a child was done so with the hope that the baby would personify the meaning behind their name and grow up to be an individual that embodies the values attached with their moniker.

A trait that the Aztecs have always held in high regard has been that of bravery. Due to this, many children were named after fierce warriors in the Aztec culture.

Moreover, the Aztec was essentially a warring civilization. Wars were frequently being waged to conquer new lands. So, it comes as no surprise that soldiers and warriors played a significant role in the Aztec civilization and had an enormous sense of respect and importance attached to them.

In all fairness, even with no wars waging right now, it makes sense if people want to name their babies after brave warriors. I mean, who wouldn’t?

Another thing of note is that Aztec names that signified bravery were inspired by different gods and goddesses as well.

Here is a list of 10 warrior names that signify bravery, valor, and power:

There is something about having a cool last name that tends to add another level of character to a person’s identity.

Rest assured that there is nothing that will add as much depth to your name as an Aztec surname.

The Aztecs usually chose last names based on two methods:

As a subset of the Aztec people, the Nahuatl people followed similar naming practices. While choosing a Nahuatl name, it is best to keep ego out of the equation. After all, not everyone can be a “heroic jaguar warrior with the sword of fire,” and that’s okay.

With that said, here are a few symbolically deep Nahuatl names for you to choose from.

Many of the names for boys that Aztecs chose had religious roots. Moreover, it was of great significance to the Aztecs that their little girls be named after a deity. Things like gods, nature, birds, and other universal elements were common themes employed to name newborns in the Aztec culture.

If you are someone who wants more of a variety to choose from, we have compiled a comprehensive list of additional Aztec names for you. 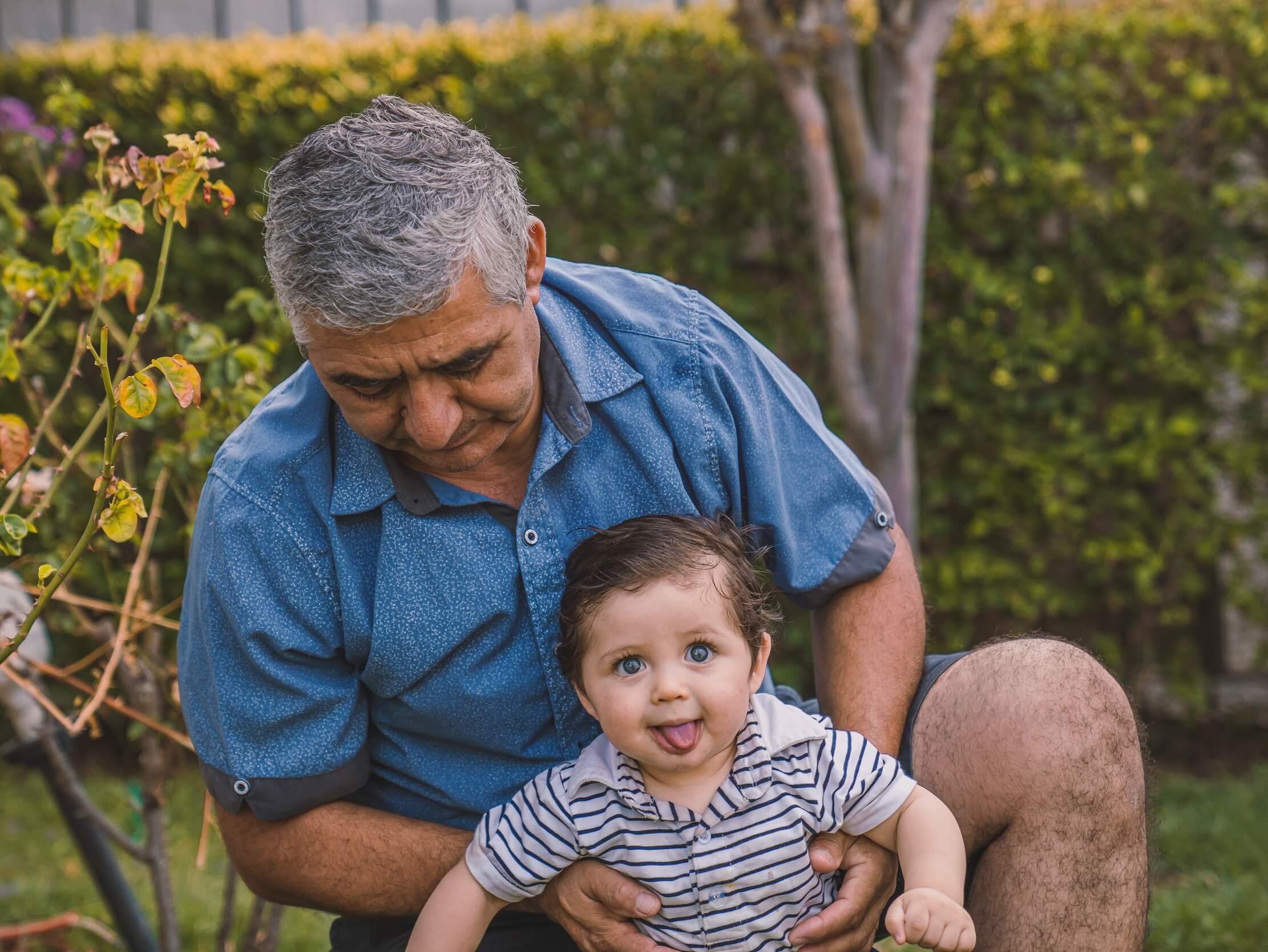 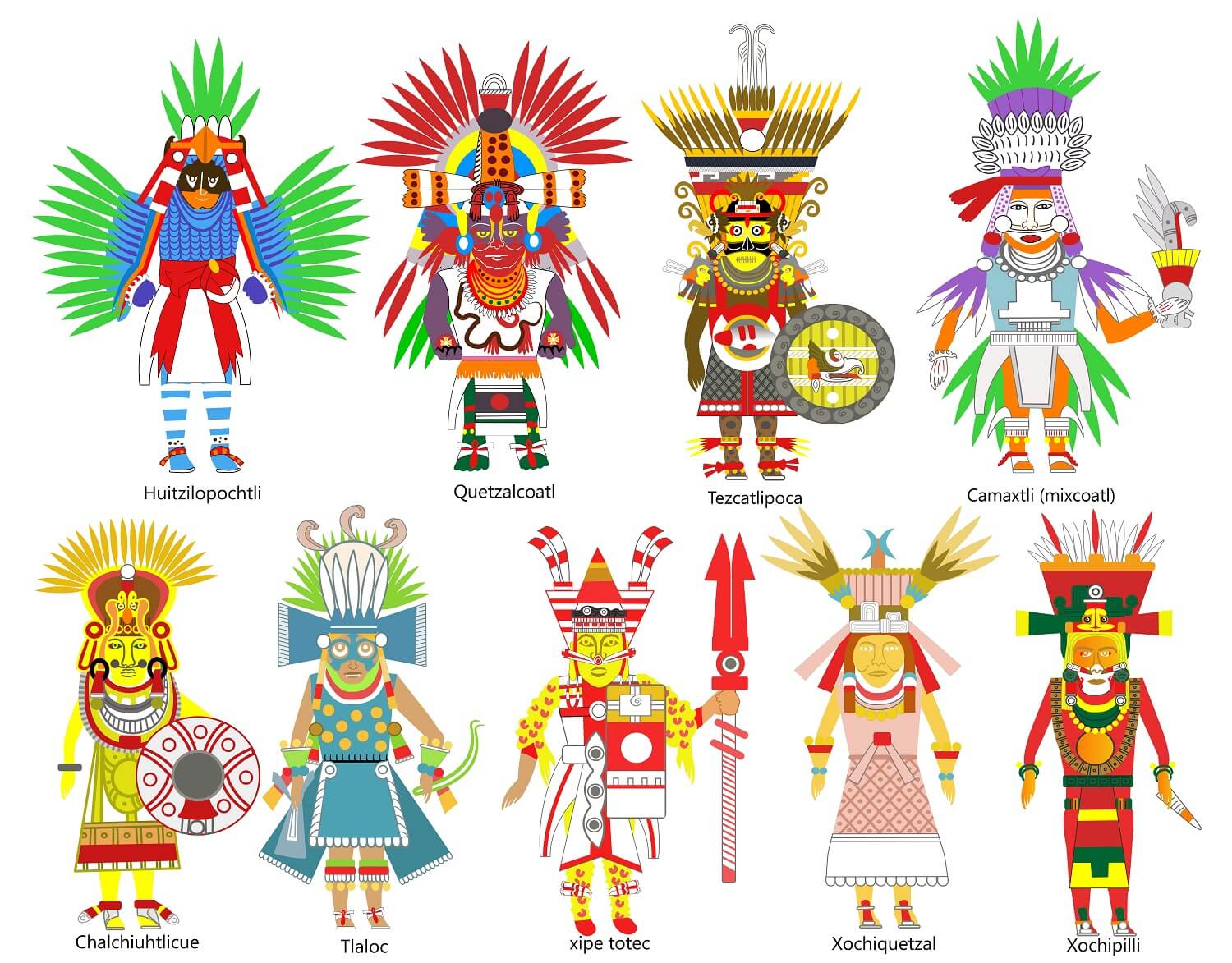 The Aztecs believed in over 200 different deities, making their religion a polytheistic one.

These gods were believed to oversee different parts of people’s lives and control varying aspects of the universe. Here we have listed the most prominent ones for you, but you can check out the full list here, including supernatural beings.

What is the Aztec Princess Name?

The Aztec Princess was Isabel Moctezuma – affectionately known as “the last Mexican princess” – the daughter of Aztec Emporer Moctezuma II. After the Spanish conquest, she was named Moctezuma’s rightful heiress and became a part of the indigenous Mexican.

She is the most popular Aztec princess and is portrayed as the favorite daughter of the Aztec ruler with beauty, vigor, and bravery as prominent elements of her character.

What Does the Animal Jaguar Mean to the Aztecs?

Being the most powerful cat, the jaguar has been hugely symbolic for the Aztecs. The beautiful but deadly animal evoked powerful human emotions for the Aztecs and represented strength, agility, and clever stealth for them.

Who Are the Fiercest and Most Respected of the Aztec Warriors?

Among the Aztecs, the Jaguar Warriors and the Eagle Warriors were considered to be the fiercest and most respected of all time. They worked as professional warriors/soldiers, with most of their lives spent engaged in warfare. Due to their high status, these Aztec warriors were given the utmost respect and enjoyed special privileges in the tribe.

Who Was the Most Powerful Person in Aztec Culture?

Itzcóatl is often considered the most powerful figure in the Aztec culture. Itzcóatl was the ruler of the Aztec Empire from the year 1428 to 1440. Under his rule, the Aztecs were able to expand their empire exponentially and become a dominant power in Mesoamerica.

Why Is the Name Hermione Banned in Mexico?

In 2014, Mexico’s government published a list of names that parents were banned from using for their kids.

These banned names were chosen to prevent bullying amongst children since some names could be associated with popular fictional characters that may represent evil.

Hermoine, being the famous name of a popular witch from J.K. Rowling’s Harry Potter series, was seen as a less-than-optimal naming choice for kids.

It wouldn’t be a reach to say that Aztec names have a certain magic about them.

Similar to how Cherokee names hold a significant value to the culture, the Indigenous Mexican names in this article are also historically rich. Each name chosen by the Aztecs had a beautiful sentiment attached to it.

So, whether you come from Aztec ancestry or simply love Native American names, choosing a name of Aztec origin can be seen as a symbol of honor towards one of the greatest civilizations to ever exist, if done with the right intentions.