Anime girl names are becoming a popular naming choice globally and not just amongst anime enthusiasts.

Even for those who are not avid followers of these creative Japanese animations, anime names – much like the shows themselves! – can have a unique spunk to them!

Skip to the Name Generator!

No matter what your age, anime provides a rich and fascinating art form that is action-packed with exciting storylines and narratives. Not to mention the remarkably aesthetic imagery and compelling characters that you can’t help but feel a connection with.

Many, then, show their love by choosing cute anime names based on these characters for their children.

With a diverse combination of magic, romance, adventure, supernatural elements, comedy, action, and fantasy, you can be assured that you will find the perfect name in the anime world.

To make things easier for you, we have compiled a wide variety of popular anime names for girls in this article for you to choose from. We have also gone one step further and provided you with an anime girl name generator so you can choose what tickles your interest. 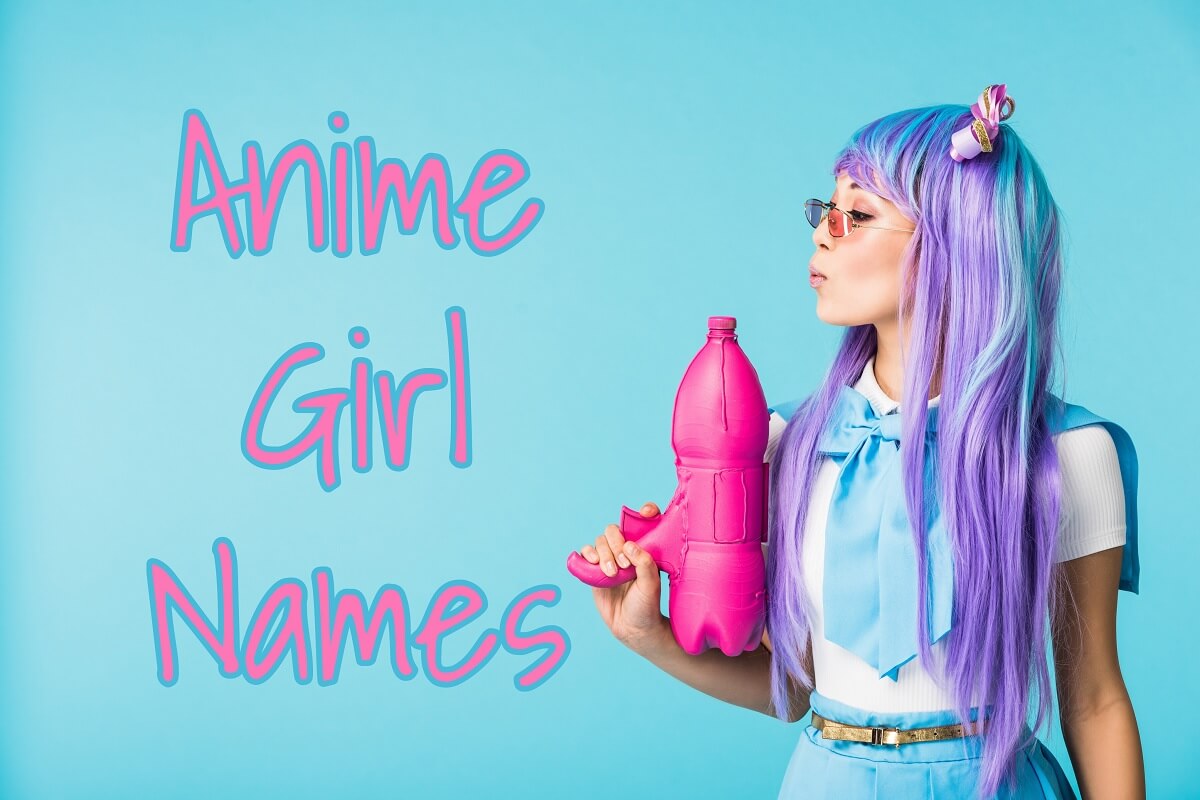 When it comes to female anime names, there are just so many to choose from. This can be somewhat of a double-edged sword since there is something for everyone but then the sheer volume of choice can leave you confused.

If you are someone who needs a little help picking a name, our anime name generator comes to the rescue.

It contains a diverse collection of anime names based on a bunch of different categories. Therefore, whether you want an edgy and cool anime girl name or are simply looking for a cute moniker for your little girl, this name generator will be your best friend.

Consider it a one-stop-shop for all your anime naming needs!

There simply is no shortage of adorable female anime characters in the Japanese manga, giving you a ton of cute names for your little angel.

What’s more, is that the names are followed by thoughtful meanings that reinforce a sense of beauty and depth.

Here is a list of the 20 cutest anime names for girls that will roll off your tongue and remain memorable: 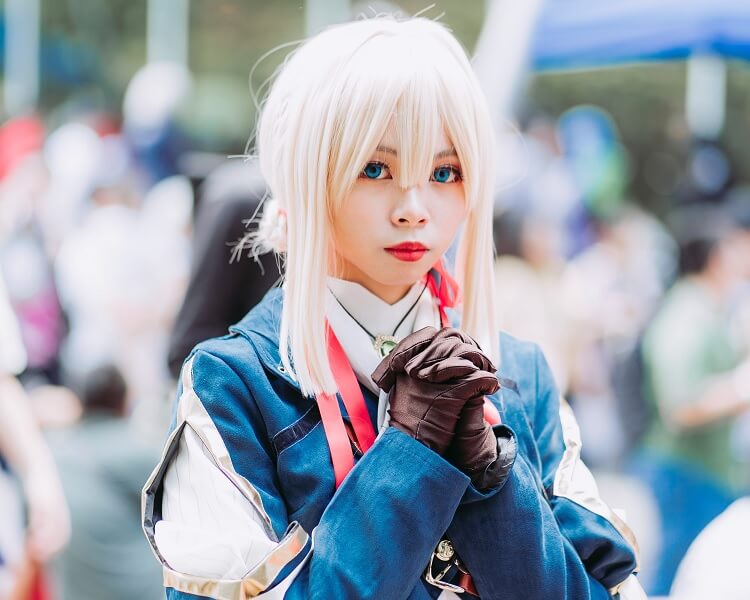 While all anime names are beautiful, the best ones are those that sound good to you and provide a sense of relatability that is specific to you and your life.

Have a look at this list for some of the best and most meaningful anime names for girls: 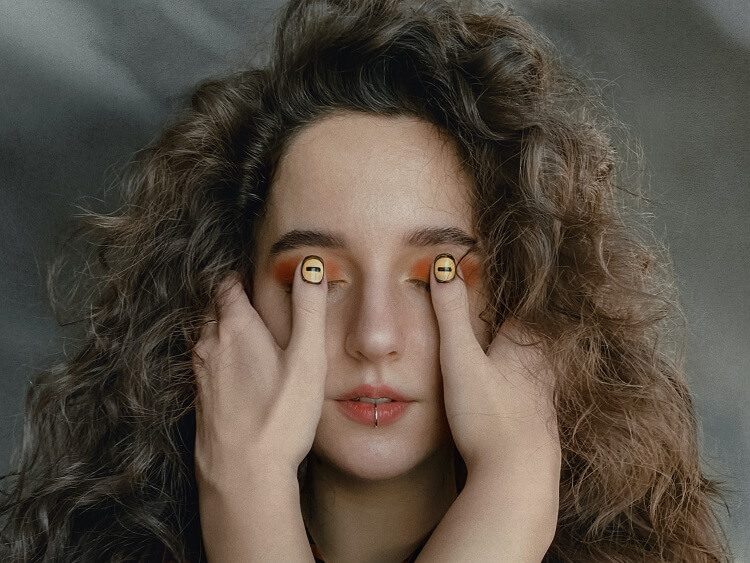 We all know the best anime girls are always cool. With female protagonists being front and center in most animes, you won’t have to look far if you want to know some cool anime girl names.

Take a look at some of the most popular anime names for girls that represent cool characters and have adorable meanings to accompany them. 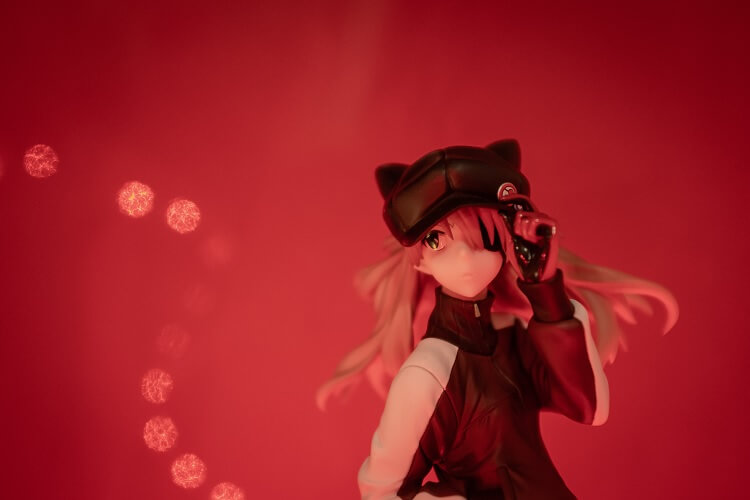 In Japanese, the word Kawaii represents the cutest, prettiest, or most adorable. It usually refers to characters that have a sense of innocence and shyness attached to them, like Bleach’s Orihime. The word kawaii literal meaning is “lovable.”

Since the Japanese culture loves everything cute, Kawaii is a fairly common word that is used in many different contexts and there are a lot of monikers that can be associated with this term.
Have your pick at the following Kawai cute anime names for girls: 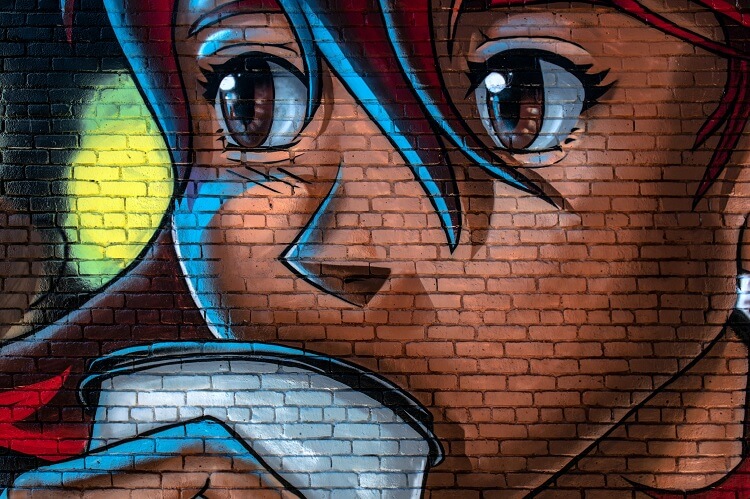 There is no doubt that animes are exciting and can be stunningly beautiful. They serve as the perfect place for people to look for if they want interesting anime names for girls. These names have an exotic flair that you just cannot help but fall in love with!

Not only that, the names are also super easy to pronounce and spell, and they sound easy on the ears. They are bursting with personality and the beautiful meanings behind these names make them all the more special for the person using them. 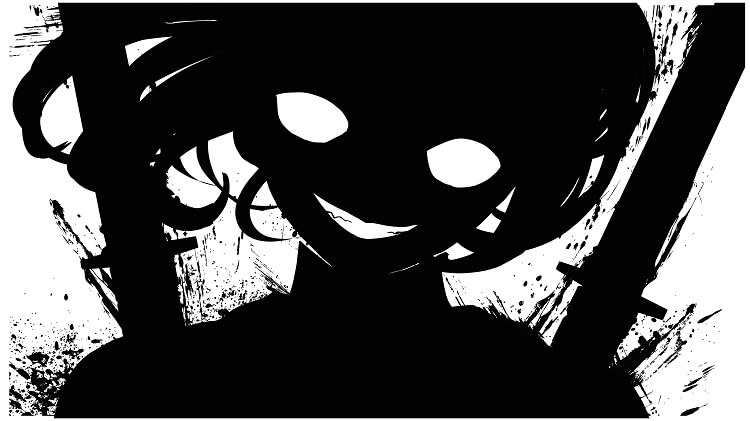 Demonic characters have been a staple of anime since the very beginning. After all, someone needs to fight the good guy.

However, anime somehow sets itself apart when it comes to these devilish characters by giving them a certain sophistication that is usually missing in animations from other parts of the world.

If you are looking for an anime girl name that caters to the inner devil, we’ve got you covered with this list of zingy demon girl names. 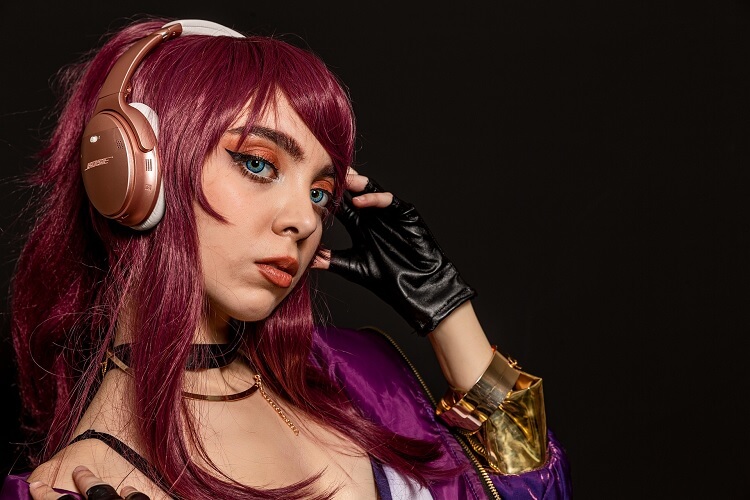 Female anime names often have inspirational meanings attached to them. But where do these names come from?

Anime writers and publishers often take inspiration from the things and people that surround them. They can choose a name for a female anime character based on several different factors.

It could be anything from naming the characters after traditional Japanese names for women to simply naming them after a non-living thing, such as food or vegetables.

A famous example is that of the name “Ichigo” in the popular anime Bleach. “Ichigo” means strawberry is a moniker that is very commonly given to females in Japan, for which Ichigo in Bleach gets taunted, as he’s a boy!

Based on the personality of the anime character, a name could also be given after an animal, a warrior, or an ancient goddess.

Another source of inspiration that Japanese creators often use is that of naming anime characters after the weather. For example, the name “Chiharu” can mean both the summer weather and spring.

For Japanese manga creators, naming inspiration can come from anywhere. They could either choose from the many choices available to them in the form of real-person names or just create new ones for the sake of the manga.

Anime girl names range from powerful to creative to downright adorable. As a huge plus, they come with rich meanings from not only the Japanese language but many times, from other cultures and languages as well.

Hopefully, you would have found the perfect female anime name of your choice in this article with the added help of our anime name generator.

The Japanese culture is deeply rooted in these names and its colorful history seeps into the world of anime very gracefully. This leads to some of the most interesting monikers that this beautiful country, with its mesmerizing art form, has to offer.

What is a badass name for a girl?

While it is great to have classic names for girls, sometimes you want a little flair with a badass female name that showcases one’s outgoing attitude and adventurous spirit.

Nowadays, being badass is the new cool for women, and rightfully so. If you are thinking of giving your little one a badass moniker, there are a lot of choices.

A great badass name for a girl is Aella. This name means “whirlwind” and is taken after a famous Amazonian warrior, representing bravery and courage.

Who is the prettiest anime girl 2021?

When it comes to the prettiest anime girl of 2021, everyone has their own opinions. However, a few anime ladies knock it out of the park in the looks department.

Some of the most popular choices amongst anime enthusiasts are Albedo from Overlord, Boa Hancock from One Piece, and Saeko Busujima from Highschool of the Dead.

Who is the most attractive anime character?

While beauty lies in the eyes of the beholder, there are some anime characters that everyone can agree are dreamy and charming. Asuna Yuuki from Sword Art Online is one of the top choices amongst people for the most attractive anime characters.

She has extremely likable qualities and doesn’t hesitate to put her life on the line to save the ones she loves. You’d be hard-pressed to find a fault in this amazing character.

Who is the most popular girl anime character?

Saber from The Fate anime series is one of the most popular girl characters in the anime space. She is strong, powerful, and loyal.

She exhibits great mastery over her skills and is one of those rare ones who keep their word when they make a pact, no matter what.

What is the most powerful girl name?

Girl power is a real thing when it comes to animes. One of the most powerful girl names is Satsuki. This name is inspired by one of the primary antagonists of the anime series Kill la Kill.

Satsuki exudes confidence and is a strong leader. She is a perfectionist and displays abilities nothing short of superhuman.

Looking for a cool username for your anime-themed Instagram or TikTok account? See if one of these cool anime-inspired username ideas is for you. Skip to the Name Generator! Finding the perfect username for your social media account can be (Read more… )