Blood! Our morbid fascination with the liquid gold of life has lead to an mixed-emotion relationship with these bloodsuckers!

Here we’ve got loads of vampire name generators and our hand-picked selection of the best vampire names for each category. Use the contents below to get started!

In the world of fiction, vampires have been portrayed as either heroes or villains. They can be seen as a symbol of lust and desire that comes with a price, or they could just be misunderstood – albeit bloodthirsty! – creatures trying to survive in a cruel world.

The ancient names of vampires reflected their characteristics, making them famous all over the world; there are all kinds of names, so if you’re looking for inspiration, this is the place for you.

Vampires are fascinating creatures, and they become more exciting with their superpowers that are not present in human beings. People love vampires, both traditional and modern, so here is a collection of our favorite vampire names for male and female vampires.

We believe that for a vampire, the older the name the better it is. After all, they are immortal, and historical or classical names are a more suitable match for their character and personality.

Vampire names are unique and exciting and, most of the time, their names match their personalities. Vampires and their names are also very famous because of their recurrence in many movies and books.

The first name generator, with modern names, is perfect for the modern-day vampire that lives amongst humans but also has a name that stands out from the crowd just enough for the reader to notice.

These classic names are more likely to be the moniker of an older vampire, one who has seen many generations come and go.

The final vampire name generator revolves around the realms of fantasy with last names to match.

Given the longevity and powers attributed to vampires, there is a good chance that they may seek power, and look to rule over the feeble human race. That’s what the noble names are for; vampires that used their talents to ascertain power political power! 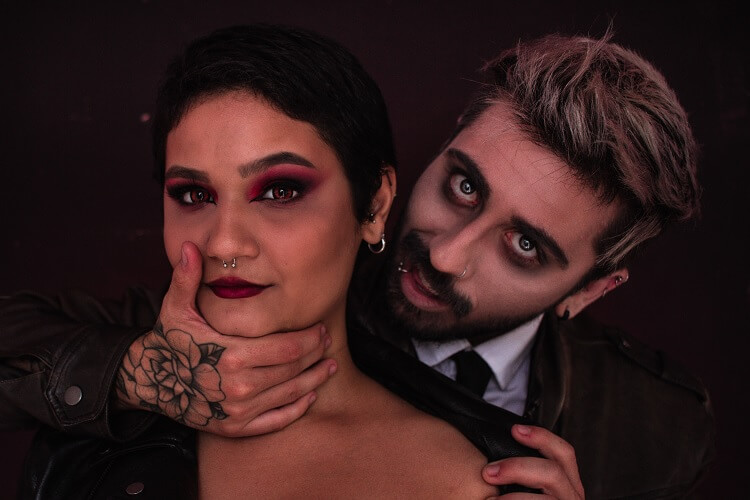 Vampires are in vogue because of some of the best characters who played the mysterious bloodsuckers, making us fall in love with these fascinating characters.

So, let’s turn our attention from those characters to their notable names.

Here are some of the famous vampire characters from some shows and movies. 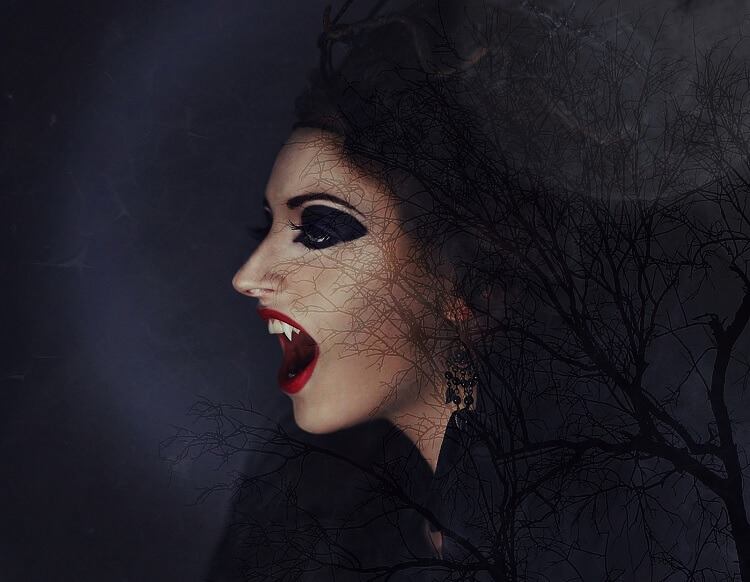 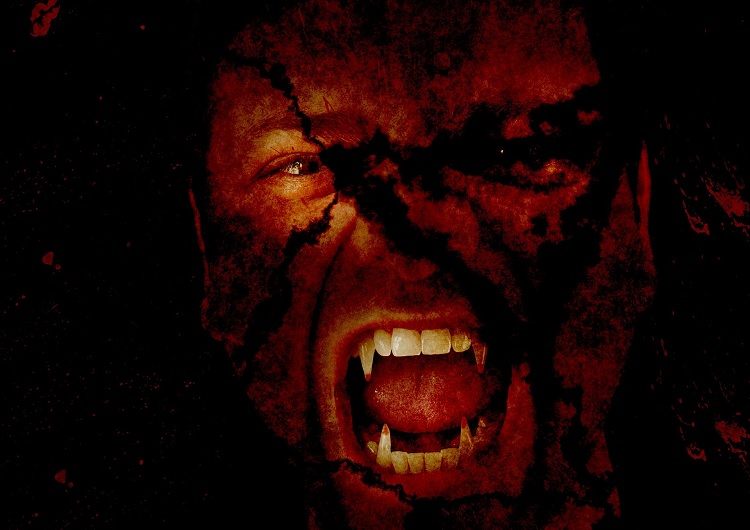 Male vampires are very charismatic and beautiful, and they have equally unique and fantastic names. Here is an amazing mixture of traditional and modern names that are famous among many.

Vampires are the blood-sucking creatures that drink human blood and convert them into vampires as well. Vampire requires a name that suits their dark aura. Here are some dark and blood-related names of vampires. 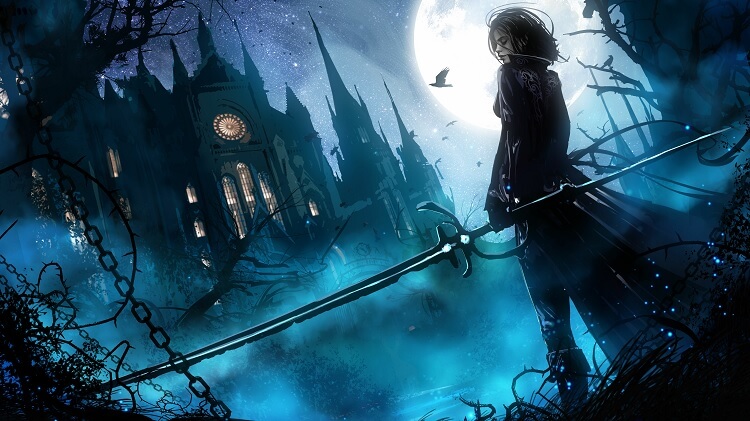 Vampires are unique characters with special abilities that make you admire them more and more. The attributes of vampires are countless, and the most incredible thing is their unusual and classy names.

The Vampire Diaries is the most famous vampire series, admired by millions of people across the world. Here are the names of the vampire diaries characters.

Just like their unique first names, vampires have interesting last names too. Like their dark personalities, here are the dark last names of vampires that ideally suit their characters.

Who Are Vampires? What Is Their Mythical History? 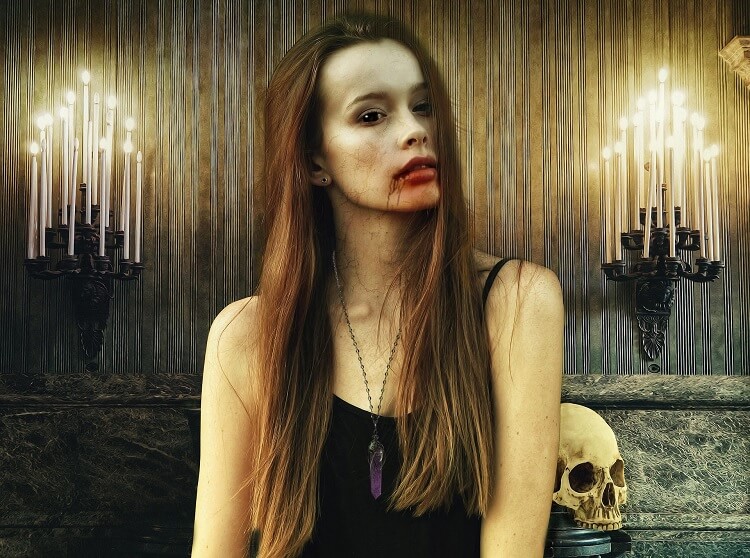 Vampires are the blood-sucking, evil mythological creatures who wander the world, hunting people to drink their blood during the night. They are among the most classic monsters of all time.

Whenever vampire names are mentioned, they are most often linked with Count Dracula from the epic novel Dracula.

The essential characteristic of vampires is that they drink human blood with the help of their sharp fangs that sometimes kill human beings or turn them into a vampire to continue the cycle.

In the most historical and commonplace stories, a vampire gets fatal skin burns if they go out in the sun, so they hunt at night. Some vampires could turn into bats with special powers like super speed, mind reading, seeing the future, amongst others.

They also may possess a hypnotic and sensual hold on their victims that makes their personalities far more intriguing (and scary!).

Vampires don’t have shadows, and they cannot see themselves in a mirror. The superstitions regarding vampires started in the middle ages because of deaths by plague – the victims’ mouths would bleed, leading to people inventing and blaming vampires.

Here are the answers to a few most commonly asked questions about vampires.

Who was the first vampire?

Italian-born adventurer Ambrogio was attributed with the title of the first vampire. A series of curses and blessings made him a vampire when he went to Delphi, Greece.

What is the scientific name of vampires?

This species is an extinct anthropophagous – “feeds on human flesh” – subspecies of Homo sapiens. The taxonomic vampire name has a Latin origin that means “human-eating wise-man.”

What is the name of the most famous vampire?

Without question, Count Dracula from Bram Stokes’s novel Dracula is considered the most famous vampire, having appeared in numerous depictions and adaptations of the famous work.

Who is the greatest vampire of all time?

Barnabas Collins has to be the greatest vampire of all time because of his personality and dead-scary character.

What is a group of vampires called?

Like witches, a group of vampires is also called a coven.

Fiction made vampires famous, and this admiration increased with new movies and books that feature vampire characters. Whether you are a vampire fanatic or just like the idea of immortality, it’s hard to argue about the popularity of their names.

From Dracula by Bram Stoker to True Blood by Charlaine Harris, they have captured our imagination for centuries. They are immortal creatures that can walk in daylight and drink blood instead of eating food.

Their strength is unparalleled, but what would be their names if these fascinating monsters were real?