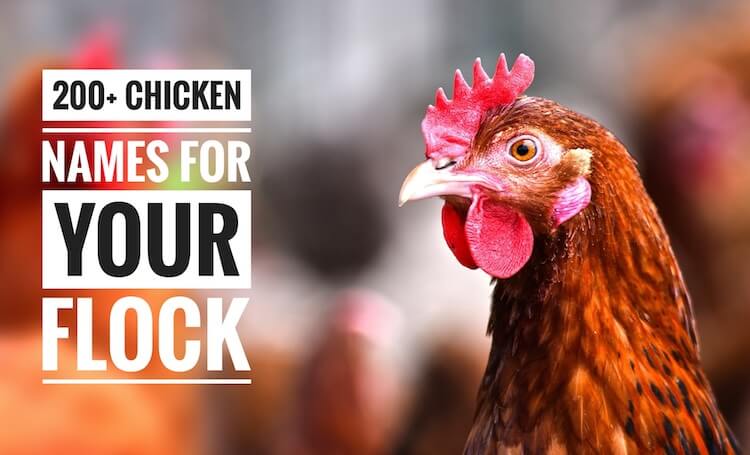 It is your clucky day! We have over 300 chicken names to perfectly suit your feathered friends.

From Rhode Island Reds to Jersey Giants, chicken breeds are abundant and vary in size, color, and personality. It can therefore be difficult to find a name that suits your unique pet.

Their quirkiness, intelligence, and natural curiosity make chickens stand out from other pets.

With over 300 name choices to explore, from films and novels, comic ideas, poultry puns, and classic names, this article is perfect for anyone seeking inspiration when naming their chicken.

A humorous name is an ideal match for a quirky pet like a chicken.

Puns on famous actors, singers and sports personalities are fun and easy to find, in addition to chicken-related foods and restaurants, such as KFC and Chick Fillet. Here are some more of our favorites: 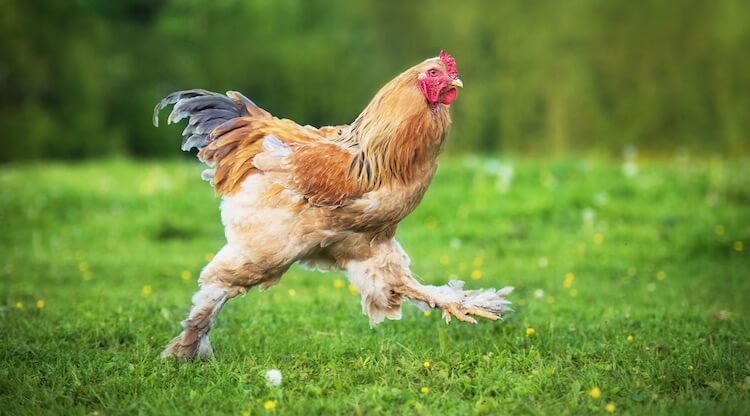 Finding a good, classic name is made easier by studying your chicken’s features, especially their looks and personality.

Specific breeds can often relate to specific personality traits. For example, the Barred Plymouth Rock is known for its laid-back, sweet temperament, whilst the Ancona is known to be raucous and hyper.

Is your chicken intelligent or dopey? Egg-citable or laid-back? Sociable or independent? Bossy or shy? These traits are important to consider during the naming process.

Pollo
The Spanish word for chicken, perhaps a name for a more exotic breed, such as the White Faced Black Spanish Chicken 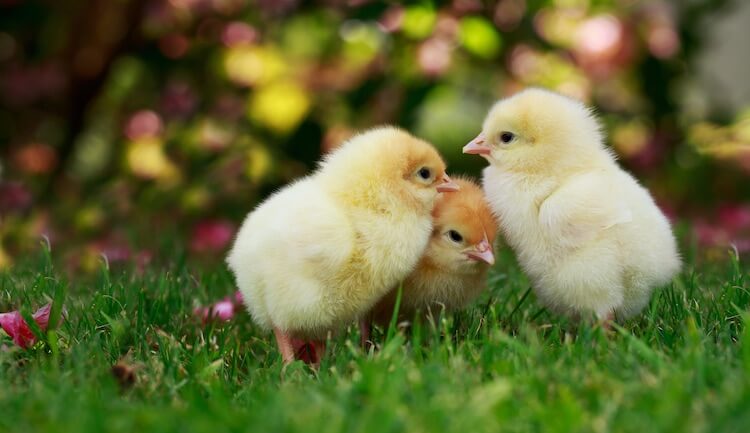 We’ve compiled the cutest names to suit your adorable chicks, so it should be a simple task to find the perfect one.

Whether it’s their fluffy mohawk, tiny legs, or cute squeak, we believe chicks are the cutest creatures around.

Thumbelina
Named after the tiny fairy-tale character, born of a flower. It’s the perfect name for a delicate, gentle chick with a shy and unassuming personality 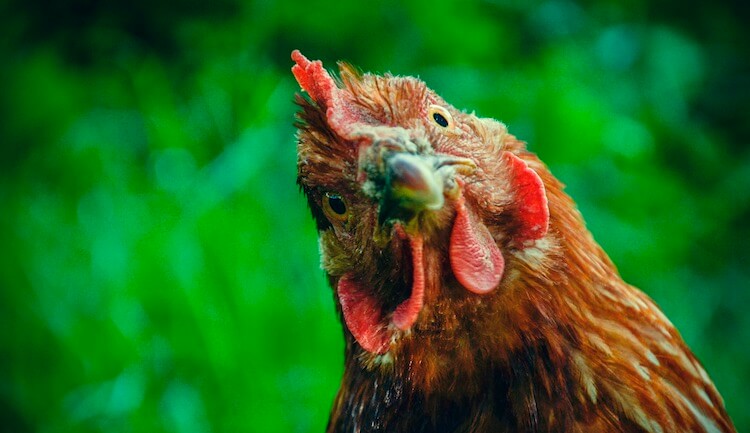 Without a doubt, the best names for your chicken are those that totally suit your pet, whether it be an accurate reflection of their fluffiness, size, idiosyncrasies, gait – the list is endless.

Some of the best names have been used by our favorite celebs. Famous celebs such as Kelly Clarkson and Jennifer Garner have discovered the benefits of caring for these special animals, with Clarkson revealing “our chickens are the sweetest!”.

They have all, undoubtedly, chosen the best names for their chickens, and here are some of our favorites, along with some popular names from around the world:

Buckbeak
A popular name, associated with the Hippogriff from the Harry Potter franchise

Female chickens, or hens, are extremely important and deserve a name to reflect this high status.

If a flock of hens is missing a rooster, hens will often step up to the role of crowing, evidencing just how versatile they are. 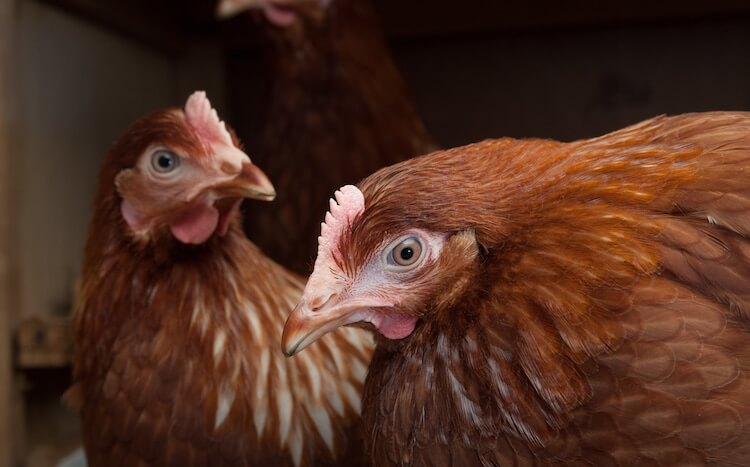 There are many things you can do when looking for inspiration for pet chicken names.

For multiple chickens, researching pairs of names, such as Rhubarb and Custard, is a simple way of finding the perfect names for your duo.

If you know the birth month or season of your chicken, this can make a lovely name, such as April, or Autumn.

Color is also an inspiring factor; naming your chicken something like Rouge or Coffee to match the tone of their feathers is a great way to find a name.

Custard
Perfect for a chicken with a light yellow coloring, and can be paired with another chicken named ‘Rhubarb’!

Maybe our 5 facts about chickens, will help give you that final bit of inspiration before choosing a name!

1. Chickens are more intelligent than toddlers

Recent studies, including “The Intelligent Hen”, have found evidence proving that chickens have the same intelligence and abilities as children aged 4 and younger.

This is due to their ability to empathize, to count up to five, and even to plan ahead.

Chickens have been known to refuse food and save it for later – an intelligent, human-like trait not commonly found amongst animals.

However, whilst humans dream for minutes, and sometimes even hours, chickens only dream for seconds at a time during Rapid Eye Movement sleep.

Chickens also sleep with one eye open due to USWS (unihemispheric slow-wave sleep), which humans do not have. During this phase of sleep, half of the chicken’s brain is active, whilst the other half rests, allowing them to remain aware of predators throughout the night.

3. They originate from tropical rainforests

For millions of years, chickens evolved in tropical rainforests, particularly those in South East Asia, according to new research conducted in New Zealand.

Over the past 8000 years, these chickens have migrated throughout the world, becoming domesticated and interbred with different species of fowl.

By the 8th Century, chickens had been introduced to Europe.

4. Chickens are the closest living relative to the T-rex

Although arguably less terrifying, chickens, more than any other bird, share DNA with some of earth’s oldest animals – dinosaurs.

5. They bathe in dust

Although it sounds far from hygienic, chickens love to wash in dust baths – it helps them fight off parasites and keep their feathers insulated against cold weather.

And that concludes our compreHENsive list of chicken names.

We hope we provided you with some inspiration for naming your chicken!

Whether it was the hilarious ‘Eggatha Christie’, the classic ‘Dixie’, the cute ‘Cindy-Lou’ or the exotic ‘Frango’ that caught your eye, we believe this list contains the best names out there.

There are lots of names to choose from – just make sure you do your research to find the perfect name that suits your chicken down to the ground.

Please let us know in the comments below if we’ve missed any of your favorite names – we’d love to hear them! Now all that’s left to say is: have an EGGcellent time with your new chicks.